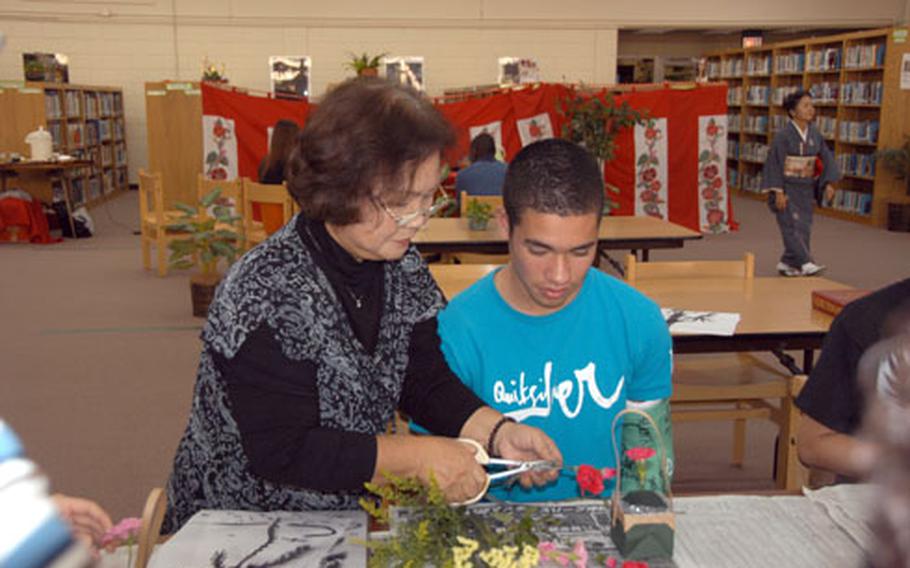 The event was the culmination of the class&#8217; focus on the customs and traditions surrounding different cultures, and how they affect society, said sociology teacher Megan Youness.

Junior Vanessa Wester, 16, said the art of writing calligraphy wasn&#8217;t as easy as it looked, but she was encouraged.

Students also tried sumi-e, or ink painting; origami; and the rituals of a Japanese tea ceremony.

Youness said part of the goal is to introduce Okinawan customs to students who don&#8217;t always get to experience life outside a military base.

This is the second year Youness has organized a cultural day for her sociology class, she said.

"If students are studying culture, they should know the culture they&#8217;re living in," she said.

But for some students, she said, exploring Okinawan culture can be difficult.

School activities, homework and life can get in the way. Teens have to rely on their parents for transportation off base and into town to check out festivals, shops and historical sites, Youness said.

And there&#8217;s also parental concern about responsibility and independence.

Others say they make an effort to familiarize themselves with Okinawan neighborhoods and restaurants.

Sophomore Jessica Herrera, 15, who has lived on Okinawa for six years, said she and her friends enjoy frequenting shops and stopping for coffee at Japanese cafes near Sunabe.

"We like to walk from Foster to Kadena and shop in between," she said.

Senior James McDowell, 17, said the activities gave him a glimpse of Okinawan history and tradition that he wouldn&#8217;t usually participate in.