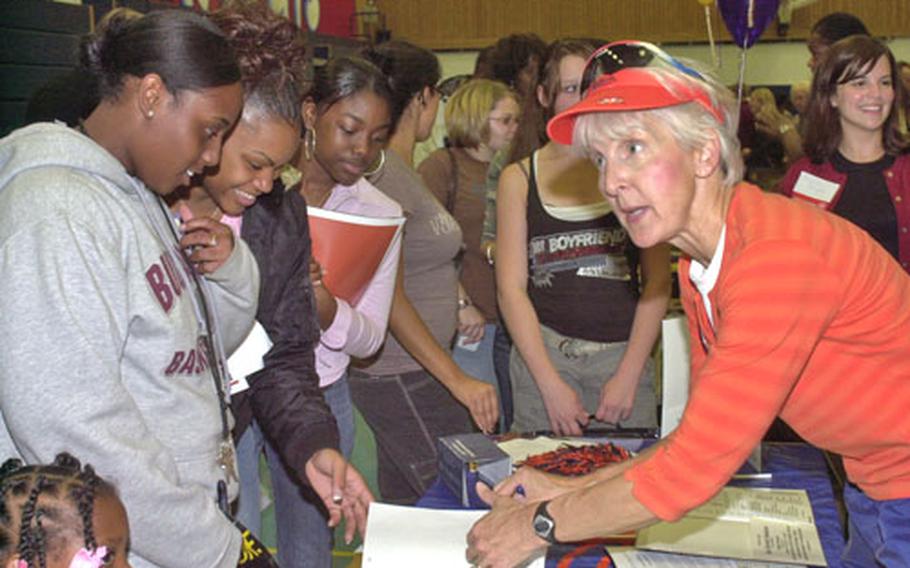 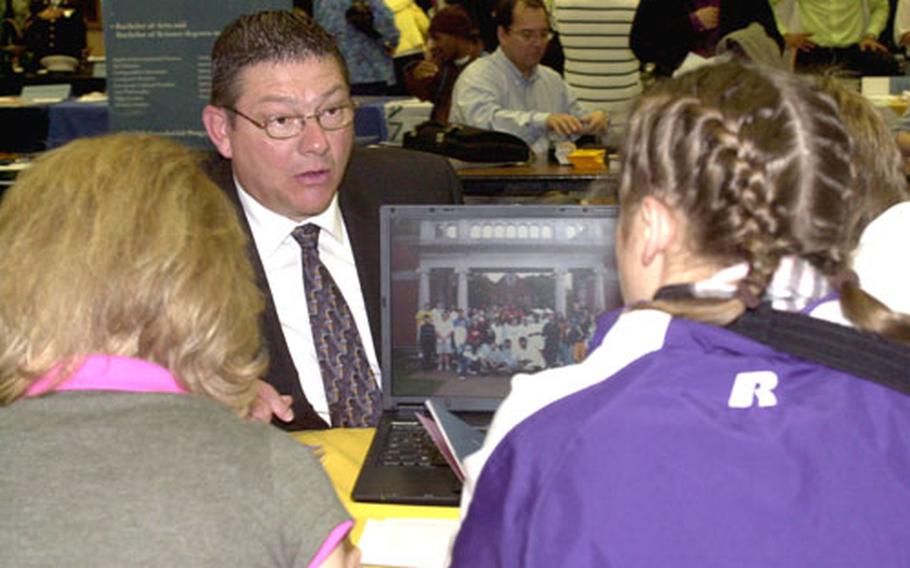 RAMSTEIN AIR BASE, Germany &#8212; Karis Wadsack has a couple of years before she needs to begin applying for colleges. But the 15-year-old Ramstein High School sophomore is already looking.

She was one of the more than 1,000 people who attended College Night on Thursday night at her high school.

There were plenty of colleges and universities from which to pick. Representatives from 95 colleges attended the fair. The universities ranged from large, well-known ones such as Notre Dame to those as small as Cottey College, a two-year all-women&#8217;s school with about 350 students in Nevada, Mo.

Most of the representatives live overseas and volunteered to offer brochures and answer questions about their alma maters. So many people attended this year&#8217;s event that organizers are considering putting next year&#8217;s in a hangar.

Some of the most popular colleges ran out of brochures within minutes.

Air Force Staff Sgt. Stephanie Csornok, a 1996 graduate of Millikin University in Decatur, Ill., handed out all of her brochures.

Hia Sebastian, health and physical education teacher at Ramstein High and a 1979 Auburn University graduate, said she gave away 1,500 brochures and literature. In addition to students visiting her desk, many alumni came by to say hello and join her in an Auburn Tiger War Eagle chant. The Tiger is the university&#8217;s mascot, but the War Eagle is the university&#8217;s symbol.

High school students made up the majority of the people collecting brochures and asking questions, but dozens of servicemembers of all ages attended the event to get the scoop on what college is best for them. Representatives also offered information on various scholarships and grants.

Students came by bus from as far as Stuttgart and Chievres, Belgium, to attend what is regarded as the largest Department of Defense Dependents Schools college fair in Europe.

Organizer Larry Zani said that while many students can get a ton of information about schools online, &#8220;it&#8217;s that personal reflection, that personal comment that many want.&#8221;