Students at Baumholder get lesson in local culture 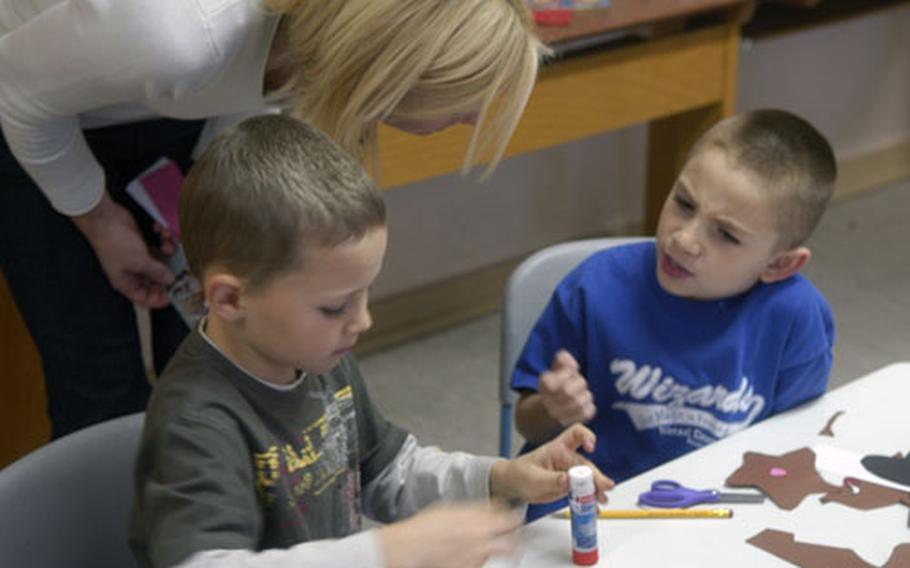 Wetzel Elementary students listen to the German fairy tale "Hansel and Gretel." The first graders visited the local German elementary school in Baumholder as part of a culture exchange between the two classes. (John Vandiver / S&S)

BAUMHOLDER, Germany &#8212; The Wetzel Elementary School students, wrapped in their winter coats, stepped outside their garrison-gated comfort zones Tuesday morning for an encounter with the unfamiliar.

The first-graders, led by teacher Loretta Hooks, trekked from their classroom to downtown Baumholder and the local German elementary school.

The purpose of the excursion was to give the young Wetzel students a glimpse into the lives of their German counterparts and learn something about their traditions and culture. Too often, students are stuck in the Army installation cocoon and miss opportunities to explore their surroundings, Hooks said.

At Westrich Grund-und Hauptschule, the first-graders were greeted by enthusiastic German youngsters, who a month earlier had made a visit to Wetzel to learn about American Thanksgiving traditions.

The mini-culture exchange is something teachers are hoping to expand on in the future.

Niegisch, who serves as a liaison between the school and the German community, said it&#8217;s important for students to take advantage of their time in a foreign country.

While the children worked together on an art project by cutting different shapes to build a gingerbread house, the language barrier wasn&#8217;t too much of an obstacle.

John Chaidez, a wound up Wetzel first-grader and his German friend Kevin Urisch, pointed their way through the exercise.

As the class was winding down, John&#8217;s eye turned to the spread of German cakes and treats waiting to be sampled.