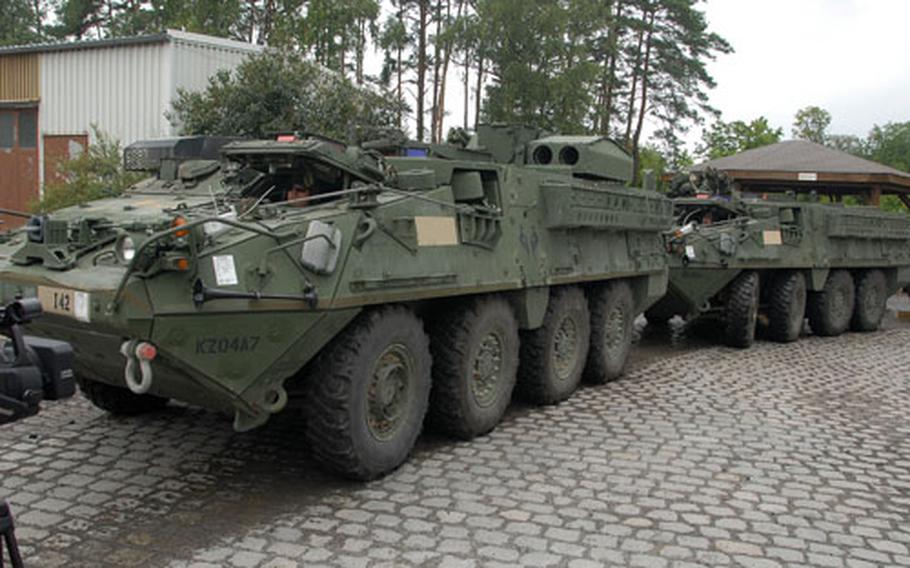 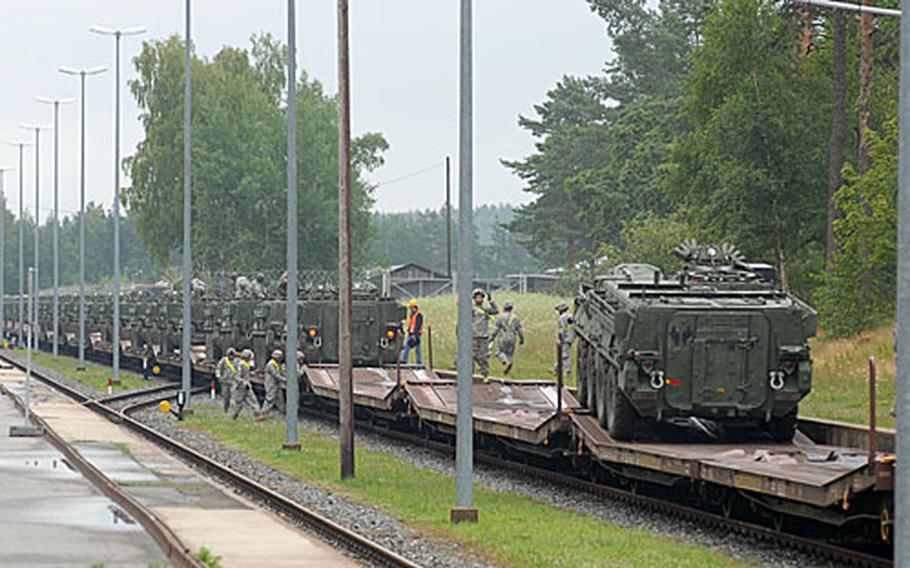 The unit, which arrived in Germany last July, is headed to Iraq. (Seth Robson / S&S)

GRAFENW&#214;HR, Germany &#8212; Less than a year after arriving in Germany, the 2nd Cavalry (Stryker) Regiment already is on its way out of town.

On Wednesday, the movement was still in progress at Grafenw&#246;hr with soldiers loading 40 Strykers from 2nd Cav&#8217;s 3rd Squadron onto trains, in a scene that is a reversal of the Strykers&#8217; arrival in Vilseck in late July 2006.

Maj. Jon Pendell, 2nd Cav spokesman, said transport of the eight-wheeled vehicles is the first phase in the unit&#8217;s deployment.

&#8220;This is the first time we have deployed Strykers out of Europe. We had our test run when we came here. Now we are pushing the Strykers out to a combat zone,&#8221; he said.

In August, soldiers from the regiment will join the vehicles in the desert and begin the last phase of training for deployment to Iraq, he said. One of the soldiers helping load the Strykers &#8212; Sgt. Travis Bettinger, 27, of Toledo, Ohio &#8212; appeared eager to get to Iraq as soon as possible.

Stryker driver Pfc. James Jones, 19, of Hopkinsville, Ky., was busy driving Strykers onto freight cars on Wednesday. Jones, who joined the Army in 2005, will be on his first trip downrange.

The hardest part of the deployment will be separation from his wife, who works at the Vilseck Burger King.

Grim said he met his German wife shortly after arriving here last year. The couple married in April and is expecting their first child in November.