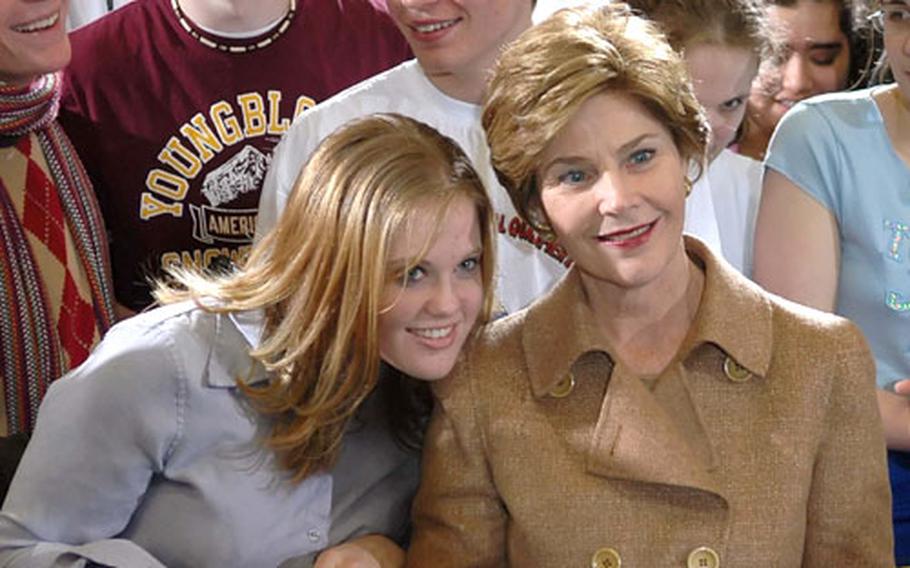 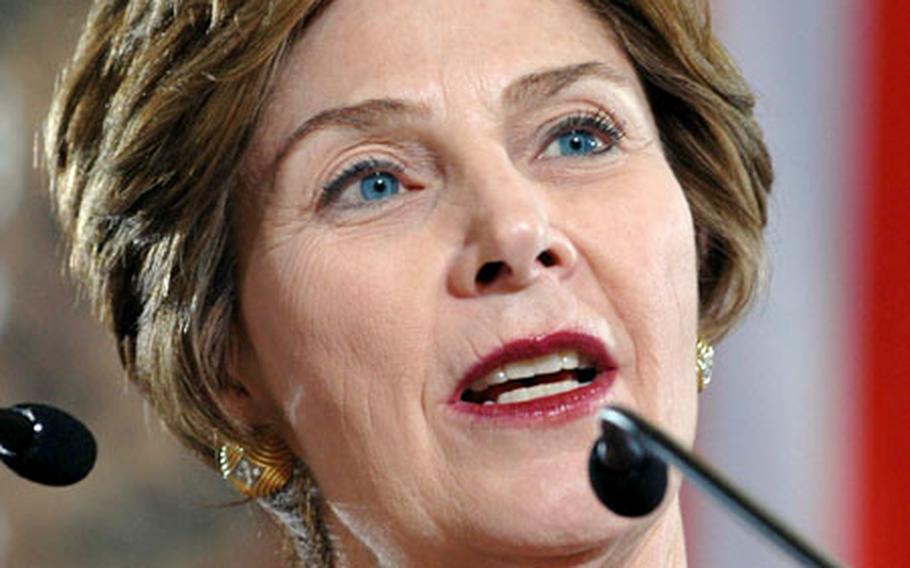 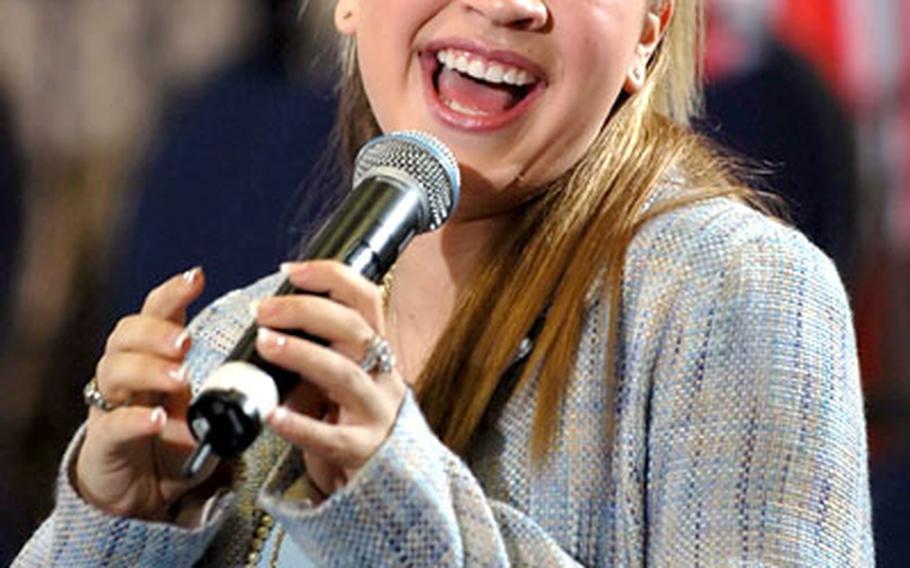 In the pep rally-like atmosphere, the first lady gave thanks to the students for making their military families strong and offered some advice.

More than half of the school&#8217;s student body volunteered to stay late after school to hear, and possibly meet, her.

Elizabeth was one of the 400 students to sign up for the visit out of the 600-student populace.

&#8220;Her visit shows the students that the government really does care about things other than politics,&#8221; Elizabeth said.

Standing before a wall of desert camouflage, American and German flags, and the student leadership, Bush stressed the importance of having a strong family base at home for deployed troops. She said that base makes the difference in their parent&#8217;s deployment.

Bush asked students to remember what their parents are doing during these missions.

&#8220;Your moms and dads are providing whole villages their first taste of clean water. &#8230; Thanks to your parents, little girls in Afghanistan who have not had an education at all are going to school for the first time in their lives,&#8221; she said.

Chris Garcia, an Air Force technical sergeant in the Junior Reserve Officer Training Corps, said he has been stationed with his family in Germany for the past 13 years and agrees with the first lady that a strong family makes for a strong servicemember.

&#8220;My favorite part was when she congratulated the men and women serving overseas,&#8221; he said.

Bush impressed many students when she went into specifics. She congratulated the football team for its recent Division I championship; noted how hard &#8220;Frau Pow&#8217;s&#8221; German class was; and sent well wishes to senior Paul Fry, who will be attending the U.S. Air Force Academy in Colorado.

Bush left the students with three bits of advice: Treasure your education and keep it going throughout life, learn from your mistakes, and appreciate the little things in life.

Before leaving the stage, Bush gave the seniors a little nod by warning the lower classmen to keep their feet off the Warrior school crest. The seniors erupted in applause.

After the speech, students clamored around the first lady for brief conversations and pictures.