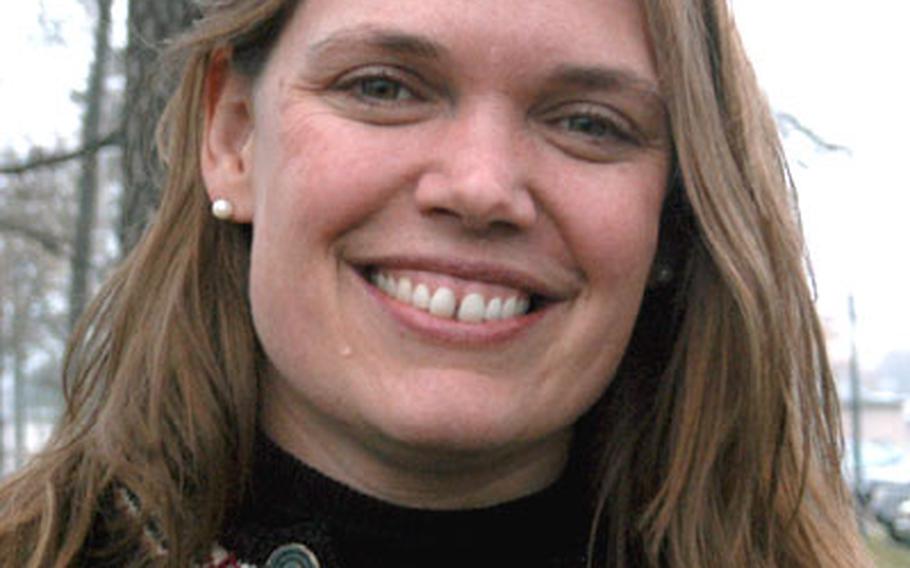 RAMSTEIN, Germany &#8212; For Krista Dana, breaking into the world of travel writing came down to two things: a desperate editor and a set of well-written Christmas letters.

Searching for work as a youth counselor at Aviano Air Base, Italy, in the mid-1990s, the wife of a major assigned to NATO said she had reached a dead end in her hunt for a job that would draw on her new psychology degree.

But frequent moves are the bane of many a career-oriented military wife, she said, and after reaching her wits&#8217; end in Aviano, she started looking for a different way to adapt to her transient way of life.

Sending out a tall stack of letters in a shotgun pattern to editors in Europe and the United States, Dana started pitching ideas for travel stories. She got a single response that, she said, was literally one in 100.

&#8220;There was an editor in New York who had lost his Italy correspondent and had a deadline to meet, so he was as desperate as I was,&#8221; Dana said.

The editor asked for samples of her writing, so she sent him the only thing she had: copies of Christmas letters sent to her family back home.

The break launched her into 10 years of writing hundreds of hotel, restaurant and ski resort reviews covering destinations around the globe. This fall, that experience led to the publication of the Ramstein-area resident&#8217;s first book, &#8220;The Alps Adventure Guide,&#8221; which hit bookstores Sept. 14.

A traveler&#8217;s reference to 73 locations across six countries, Dana&#8217;s book is a tutorial on everything from good places to paraglide in the mountains to where to find a hot meal in any number of tiny slope-side hamlets.

&#8220;Alps&#8221; also contains passages on cultural events and the history of the towns covered in the book, a feature Dana&#8217;s friend Alex Grynkewich said was his favorite of the guide, which he used on a recent trip to Zermatt, Switzerland.

To compile an adventure guide to such a diverse region is an accomplishment for someone who says she doesn&#8217;t view herself as either a world-weary traveler or a particularly adventurous person.

Nor did his wife at first, she said.

The offer to write hotel reviews came in the same week she landed a job at a youth center in Aviano &#8212; the very job she&#8217;d been searching for all along &#8212; and her decision on which one to take was tougher than might be expected, she said.

Choosing the latter and embarking on a career as a writer, Dana faced an almost identical quandary in 2002, when she got a contract to write &#8220;Alps&#8221; within days of being accepted into a doctoral program through Oklahoma University. Again, she struggled, she said.

These days, with the book in stores and her doctoral program in organizational leadership well on its way, Dana said she doesn&#8217;t have plans to go back to a life of scouring Milan for swank clubs and testing cheese dishes in Geneva &#8212; even though she&#8217;s had offers to write two more books.

Instead, Dana said for now she&#8217;s going to focus on her doctoral dissertation &#8212; a study on innovative ways military spouses can find career fulfillment.

After spending her working days frequenting French restaurants and skiing in Switzerland for the past 10 years, it would be comforting to hear that Dana is leaving the business because it&#8217;s really just a morass of train delays, lost luggage and crushing deadlines.