Stripes spotlight: Lieutenant swims the distance to reach her goal 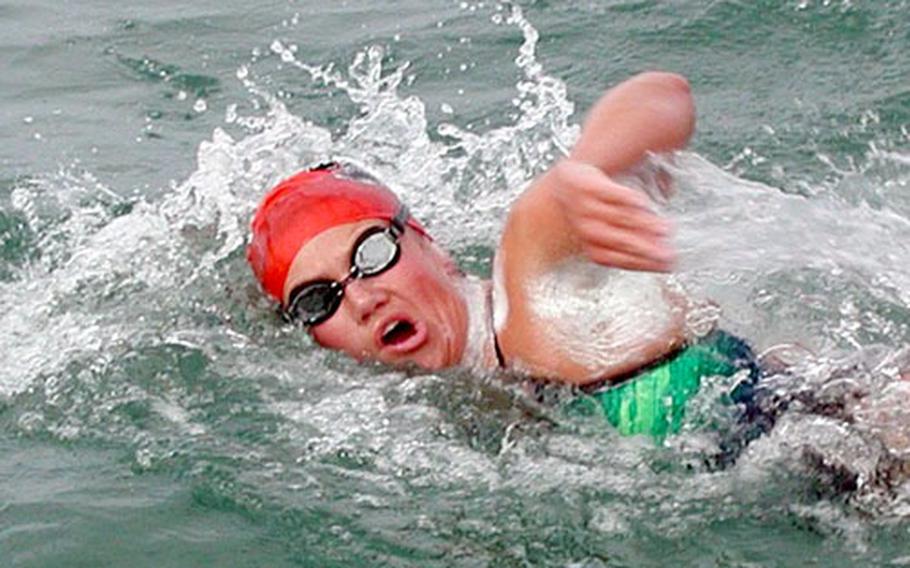 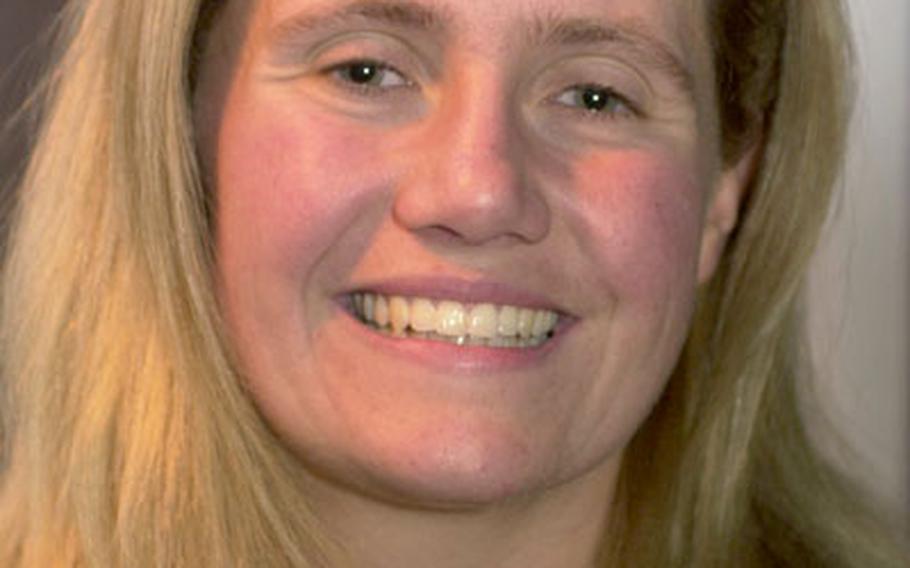 NAVAL STATION ROTA, Spain &#8212; At age 8, Rose Rice boldly told her swim coach that someday she would make the Olympics and cross the English Channel.

She missed the Olympics in the 800-meter freestyle by only a fraction of a second as a high school senior. But earlier this year, at age 30, she fulfilled her childhood goal and achieved the swimmer&#8217;s equivalent of climbing Mount Everest. Lt. Rose made history Aug. 28 by becoming the first female U.S. naval officer to cross the 24-mile-wide channel. She swam across the body of water in 10 hours and 21 minutes.

The swim was an incredible test of mental toughness for the clinical psychologist from the naval station hospital.

Conquering the lifelong goal of swimming the channel changed her life. It is a huge accomplishment, but she has a history of beating the odds.

Rice, who grew up in Long Island, N.Y., graduated from West Point in 1995 with hopes of pinning on her 2nd lieutenant bars. However, the Army would not let her because she has a neuromuscular disorder.

After getting her doctorate in psychology, she still had the desire to be in the military.

She tried for more than a year to convince the Navy to give her a waiver until they finally did.

Although the Army booted her for medical reasons, she proved her athleticism in the pool. The Navy allows sailors to substitute the running portion of their test with the swim. And when she took her physical readiness test, she swam so fast that the computer wouldn&#39;t accept her score. She shattered the men&#8217;s best score by swimming the 500 meters in around five minutes.

She thought about giving up long distance swimming, but she decided she couldn&#8217;t until she crossed the English Channel. She trained for nearly six months preparing for the distance and the 62-degree waters.

Rice swam nearly seven days a week to get ready. On weekdays, she swam three to four hours in the pool. On weekends, she would swim four to six hours. She twice swam across the bay to the city of Cadiz, a 12-mile round trip.

Her husband, Doron Fields, coached her and made sure she followed the rigorous regiment.

He followed her in an escort boat the entire swim across the channel. Every 20 minutes, Rice would drink some water or eat a snack so she could finish.

When she got ashore, she ran around and did a cartwheel before swimming back to the rowboat.

That glimmering moment would be enough for most swimmers, but not Rice.

She plans on crossing the Strait of Gibraltar this summer with her husband. The strait is only eight miles at its narrowest point between Spain and Morocco, but the currents, wind and ships will make it a challenge, she said.

She also hasn&#8217;t ruled out another swim across the English Channel.

The fact that she missed her personal goal of crossing the channel in less than 10 hours left her slightly disappointed. She says this even though she reached the channel faster than any woman this year and had the third fastest time overall.