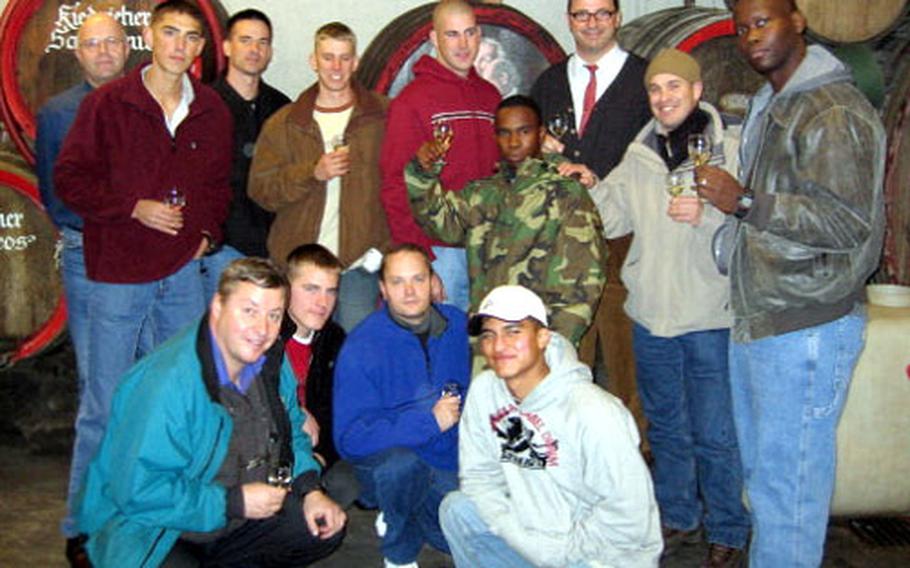 Participants of the Wounded Warrior program offer a toast during their tour of the Rhine River valley. Retired Marine William Black, bottom left, is a civilian analyst for the 66th Military Intelligence Group in Greisheim, Germany. (Courtesy of William Black)

Participants of the Wounded Warrior program offer a toast during their tour of the Rhine River valley. Retired Marine William Black, bottom left, is a civilian analyst for the 66th Military Intelligence Group in Greisheim, Germany. (Courtesy of William Black) 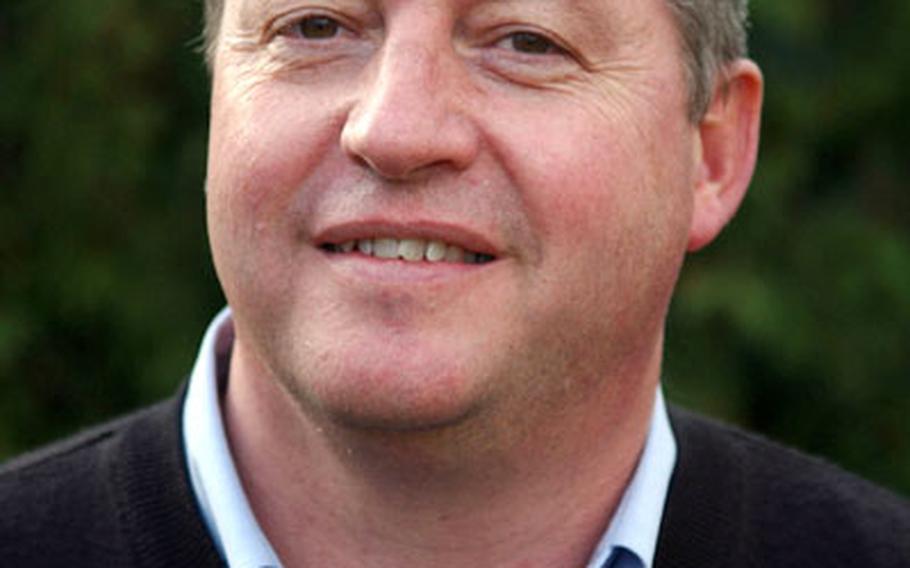 William Black has been there before himself: Hot lands where the desert sands seep from dun to red with blood spilled in war.

For the retired Marine infantry and tactical intelligence man, those lands were the Persian Gulf and Lebanon. Luckily timed leave saved him from the Beirut embassy bombing in 1983 that killed 63 people. A car chase with Lebanese intelligence officers saw his damaged armored car squealing around corners at 90 miles per hour. He&#8217;s heard the whoosh of a rocket-propelled grenade over his head.

That&#8217;s why Black, now a civilian analyst with the Army&#8217;s 66th Military Intelligence Group, decided to start sending troops down the river &#8212; the Rhine River, that is. Black took Bob Hope&#8217;s strategy and began showing injured troops a good time to speed their recovery. During the past year he&#8217;s taken about 150 troops out of Landstuhl Regional Medical Center and onto Rhine cruises. The troops dine, sip wine and see sights.

He calls the program Wounded Warrior. And though Black downplays any dents in his wallet, colleagues say he initially paid for much of this himself. It costs about $1,000 to organize each tour group, which typically includes about a dozen injured.

Some troops have lost limbs or suffered severe facial burns or lost vision. Others endure conventional woes, everything from kidney stones to heart murmurs. One woman was recovering from a compacted spine after months of wearing battle rattle. One injured Marine who recently took the cruise had refused to leave Iraq until Fallujah fell.

Landstuhl spokeswoman Marie Shaw said the cruise patients are all well enough to go on a day trip, but not far along enough to go home or return to the front.

Black chose the Rhine as therapy because he grew up in Germany and now lives in the hamlet of Kiedrich along its banks. He said he has long loved that valley.

&#8220;It&#8217;s the quiet, the opportunity for them to reflect a little bit on something other than being sick, a war, and them being away from their families,&#8221; Black said.

He and his wounded warriors start out at Sankt Goar and spend the day ogling Cinderella castles, vines and gables, and half-timbered houses that look as if they&#8217;re made from gingerbread. They stop at Black&#8217;s favorite restaurant in Kiedrich, where the owner charges them 10 euro a plate for a 30-euro meal and his wife will cut an injured Marine&#8217;s steak like a mother would for her child. A vintner gives them samples of local wine.

Troops leave the hospital frazzled and jumpy. On the bus to the river, the troops are still alert for insurgents.

As the day unfolds the troops relax and begin to remember what it&#8217;s like to feel normal in a normal place.

The 66th now hosts weekly fundraisers to pay for the cruises so Black doesn&#39;t have to. And they&#8217;re successful. A hot dog sale made $900. Privates were donating as much as $50. Black has found that he gets something besides satisfaction out of the trips, too: The troops tell him what it&#8217;s really like on the ground, which aids him in his intel job.

Black&#8217;s baby of an idea has grown up. Lt. Gen. Ricardo Sanchez, former commander of coalition forces in Iraq, even went along once.

But the true measure of Wounded Warrior comes from the quiet remarks of troops suddenly forgetful of bleak landscapes of blood and sand.