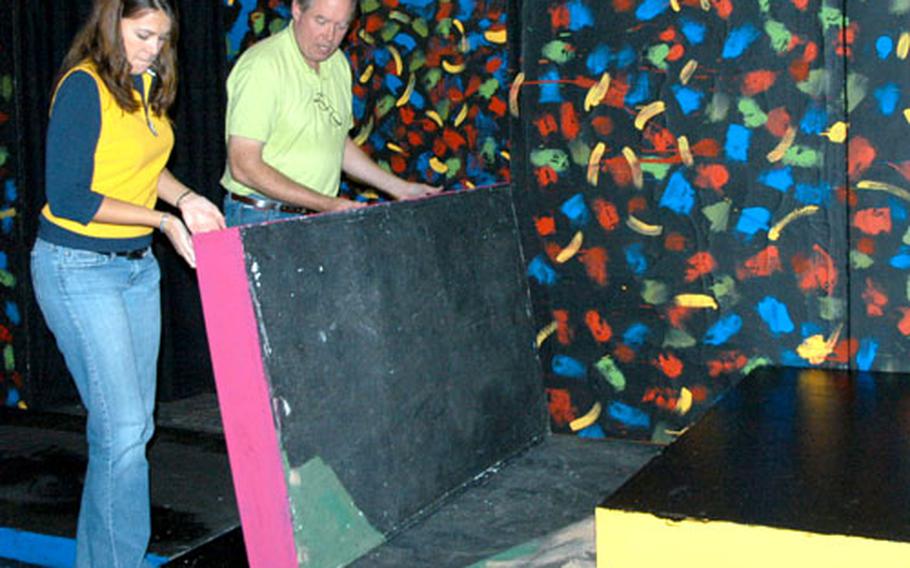 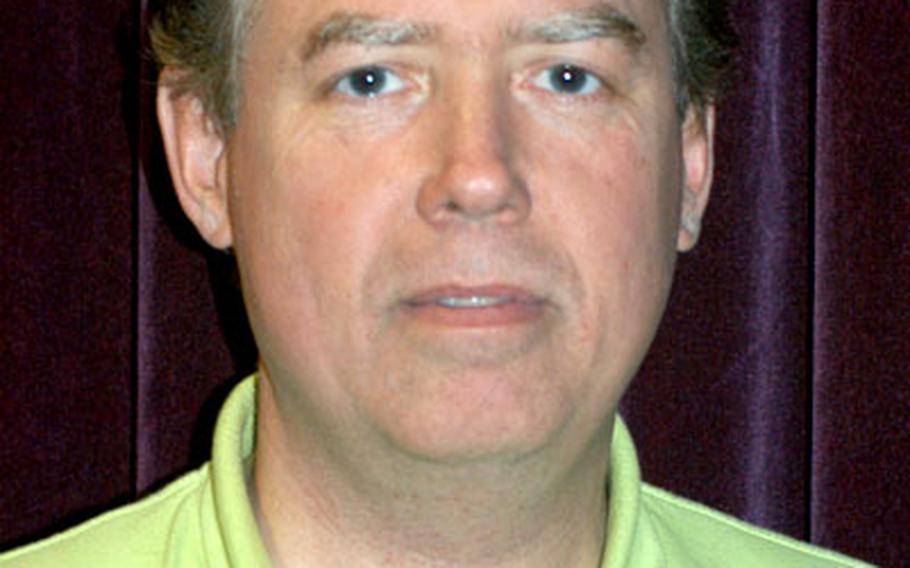 Jack Austin has revived community theater in Bamberg, Germany, and turned it into an award-winning program. (Rick Emert / S&S)

BAMBERG, Germany &#8212; Three years ago, Jack Austin, an architect with 20 years experience, chucked it all to follow his wife to Bamberg, where she had accepted a job as an occupational therapist.

And, boy, has that decision changed things at Bamberg&#8217;s Stable Theater.

Austin became the theater&#8217;s programming and entertainment director two years ago. Since then, the theater has won 18 &#8220;Topper&#8221; awards. The awards, sponsored by U.S. Army Europe&#8217;s entertainment division and named after its Tournament of Plays, recognize the best in theater among U.S. military communities in Europe.

Additionally, the theater, which wasn&#8217;t even on the radar a few years ago, won the Irving Berlin Award for Programming Excellence during the recent 2004 One-act Play Festival in Heidelberg.

&#8220;I was utterly stunned,&#8221; Austin said of the award. &#8220;To be put in a class with some of the stage veterans who have accepted it in the past is incredible. I think we have just been picking the right shows.

&#8220;My predecessor [David Doherty] walked into a quagmire and really started to turn this theater around. I built on his work and tried to create an atmosphere that invites people to participate.&#8221;

While Austin is quick to give the credit to others, the theater had won only a handful of awards in the preceding years.

In 2003, under Austin, the theater&#8217;s production of the musical &#8220;Into the Woods&#8221; earned 34 Topper Award nominations and won 10. This year, &#8220;Honk&#8221; received 26 nominations and won eight awards. Both shows won awards as best musical, and Austin shared awards with other crewmembers for sound design and lighting design.

The theater also hosts high school productions put on by the drama club, which Austin had a hand in forming.

The theater&#8217;s only other permanent staff member, theater specialist Mary Berry, said she enjoys being part of Austin&#8217;s team.

&#8220;Working with Jack and with the volunteers from the community, the teamwork involved is exciting,&#8221; she said.

Austin didn&#8217;t walk into the top position at the theater without experience. He had 10 years of musical training on keyboard, guitar and base guitar. He played in stage bands and wedding bands, and played piano in cocktail bars.

As an architect, he designed theaters and performing arts centers in Philadelphia. In Bamberg, Austin is designing a theater program that appeals to all ages in the community.

&#8220;I really like the variety of programming that Jack has brought to the community,&#8221; said Cheryl Boujnida, a spokeswoman for the 279th Base Support Battalion in Bamberg. &#8220;He gets a lot of different age groups involved in the productions, and picks productions that will get kids and adults involved.

&#8220;When I first arrived in Bamberg several years ago, nobody knew where the Stable Theater was. He has really put the theater on the map in this community.&#8221;