Stripes spotlight: Airman paints himself a life in sunny Spain Air Force Master Sgt. Jeffrey Kunkle paints pastels, watercolors and oils and sells them for up to $1,000 each. The quality assurance inspector for the 725th Air Mobility Squadron at Rota Naval Station, Spain, recently showed his work at a gallery in Chipiona. (Charlie Coon / S&S)

Air Force Master Sgt. Jeffrey Kunkle paints pastels, watercolors and oils and sells them for up to $1,000 each. The quality assurance inspector for the 725th Air Mobility Squadron at Rota Naval Station, Spain, recently showed his work at a gallery in Chipiona. (Charlie Coon / S&S) 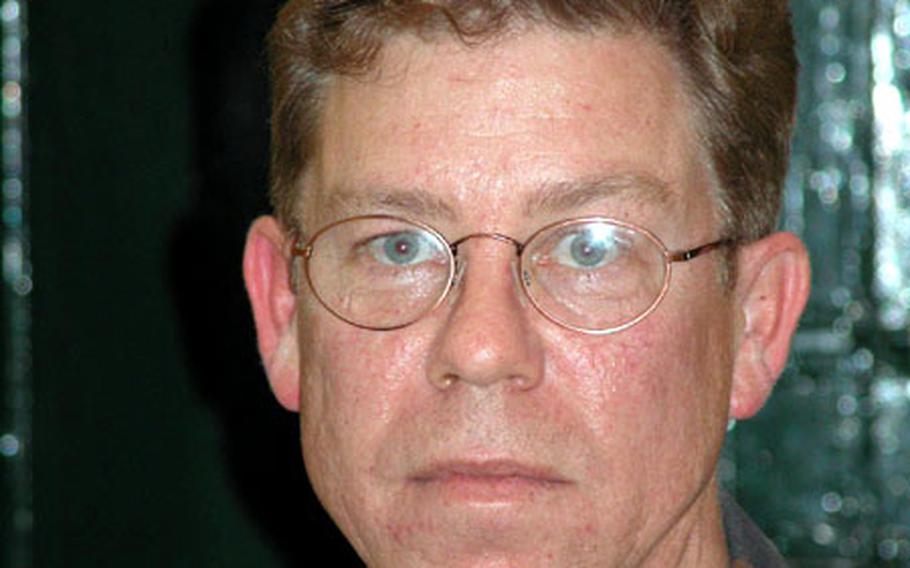 CHIPIONA, Spain &#8212; Oh, to be a painter living on a beach in Spain. Air Force Master Sgt. Jeffrey Kunkle is already doing it.

Kunkle, of the 725th Air Mobility Squadron, doesn&#8217;t just dabble in art. Last month he showed paintings for two weeks in the Pena Chusco gallery in Chipiona. His works hang at Vogelweh and Spangdahlem Air Force bases in Germany and Osan in South Korea. They were gifts to his former commands.

Ah, the day job. Kunkle is a quality assurance inspector at Naval Station Rota, which means he &#8220;follows the mechanics around and make sure they are doing their jobs safely and by the book.&#8221;

While the regimentation of military life does not sound conducive to artistic freedom, Kunkle said it&#8217;s enabled him to see the world and see great works of art in person. He lived for 13 years in Spangdahlem as both the airman and son of an airman. There have been seven years in Spain.

When Kunkle&#8217;s father, a retired master sergeant, was stationed in Hawaii, a teacher named Tom Inhoff motivated the teen to go from scribbling art to studying it.

Kunkle got turned on to the late-19th-century masters of impressionism, such as Edgar Degas and Henri de Toulouse-Lautrec, who interpreted their subjects through painting instead of replicating them as their Baroque predecessors did.

Then came the hippie days. Kunkle attended Southwest Texas State University in San Marcos before running out of money. He eked out a living in San Antonio by tending bar and working the art stalls. In 1985, the Air Force kid returned to the life he knew.

Kunkle lives in Chipiona, which is something of an artists&#8217; colony about 10 miles north of Rota. His wife&#8217;s mother owns the 200-year-old house where they all live.

It&#8217;s a small home across from the beach. Kunkle&#8217;s work clutters a few rooms. He and Carmen, who has two grown children, live there with the dogs.

On his wall hang posters by Claude Monet, another impressionist, and an original print by Salvador Dali. There are no Kunkles on display.

Kunkle&#8217;s not ready to retire. He&#8217;s being transferred to South Korea for a one-year assignment, which will be followed by a one-year stint at Ramstein Air Base, Germany.

For his gallery show, Kunkle created about 20 pieces in 10 months. Half of them sold on the first day, he said. For two weeks he was at the center of the Chipiona art society. Collectors and painters made up most of the gallery crowd.