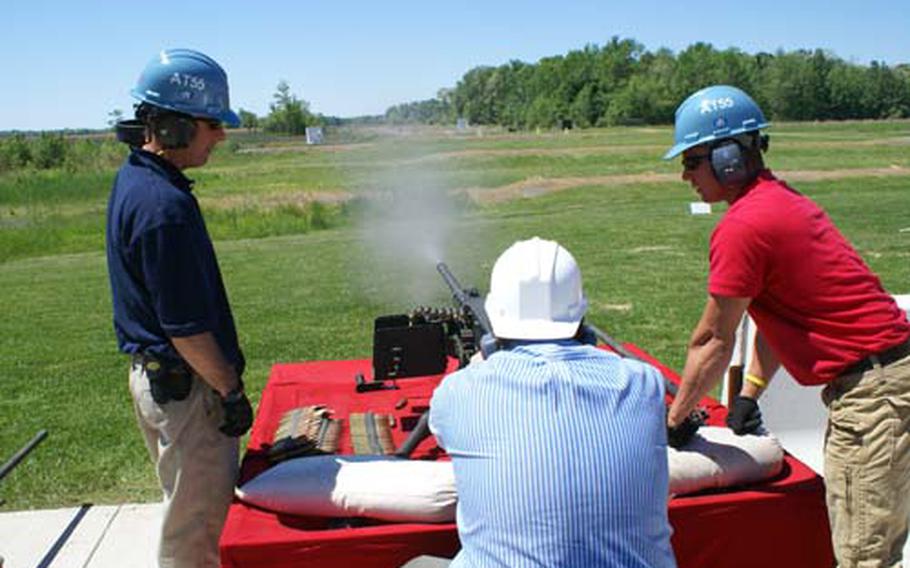 Stars and Stripes reporter Jeff Schogol mows down targets with the .50-caliber M2A1 "Ma Deuce" machine gun, which is fitted with a quick-change barrel that will allow for easier operation of the weapon, on Wednesday at Aberdeen Proving Grounds, Md. (Thomas Ruyle/ S&S)

Stars and Stripes reporter Jeff Schogol mows down targets with the .50-caliber M2A1 "Ma Deuce" machine gun, which is fitted with a quick-change barrel that will allow for easier operation of the weapon, on Wednesday at Aberdeen Proving Grounds, Md. (Thomas Ruyle/ S&S) 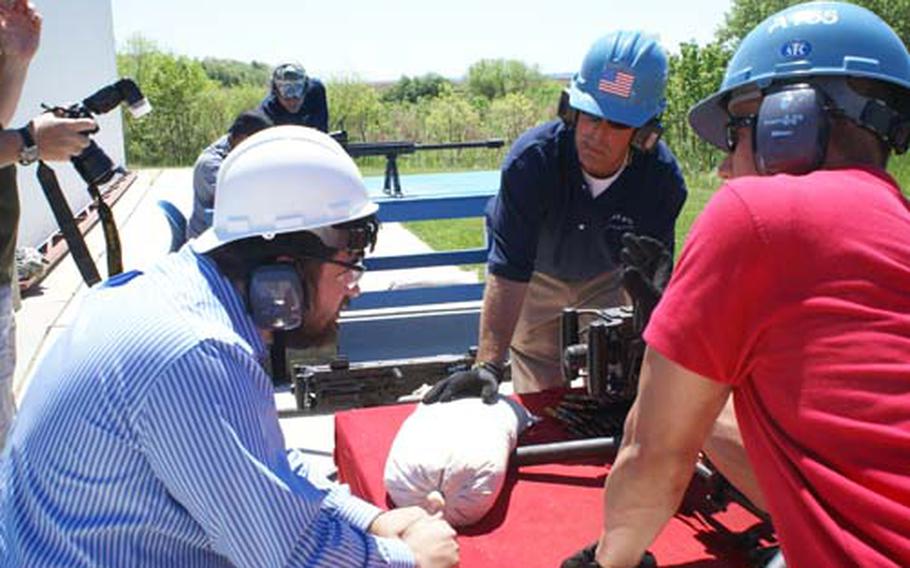 Jeff Schogol gets instructions on the use of the M2A1 machine gun. (Thomas Ruyle/S&S) 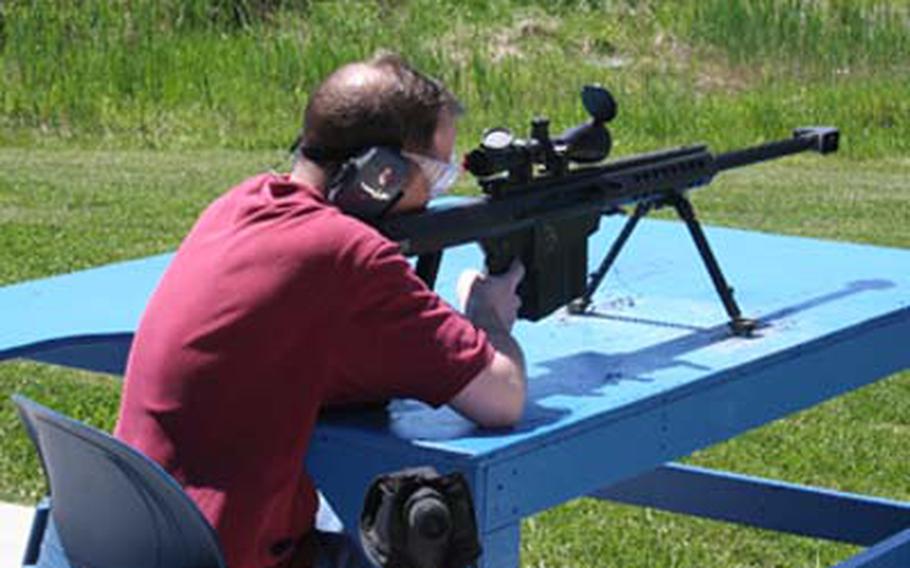 Stars and Stripes copy editor Thomas Ruyle fires the M107 .50-caliber sniper rifle, which has such a strong recoil that it will rattle your teeth, he said. (Jeff Schogol/S&S)

ABERDEEN PROVING GROUND, Md. &#8212; With my hard hat on backward and my finger on the trigger of a machine gun, I looked like one of the Village People, only angrier.

After firing 20 rounds, I realized I had aimed at the wrong target, underscoring my belief that if the day ever comes when reporters have to defend this country, we are all going to die.

The Army invited reporters here this week to fire various weapons, to give us a sense of what soldiers use. The difference is we didn&#8217;t have to clean the weapons, or pick up the spent shell casings afterward.

For me, it was a chance to come full circle. A couple of years ago, my boss made me write a story about what it was like to stand in front of a non-lethal heat ray the Pentagon was testing. I was sure it would shrink my gonads to the size of M&Ms.

Now I was on the right side of the firing line, showing exactly how much I suck at shooting the M-249 machine gun.

I did better with the new titanium M-240L, a variant of the 7.62 mm machine gun troops have now. This one is about six pounds lighter. About 50 of the new weapons have been fielded, and Program Executive Office Soldier, the Army&#8217;s development center for advanced equipment, ultimately hopes to issue about 9,000 of these machine guns starting in late summer, officials said.

Those soldiers are getting something to go with their new weapons: new uniforms. In July, soldiers in Afghanistan will start getting Army Combat uniforms that blend in better with the surrounding terrain and have pants that don&#8217;t rip at the crotch as easily as the ones they wear now.

The notoriously unreliable seams in the groin area have prompted some soldiers to dub ACUs &#8220;Air Conditioning Units.&#8221;

Stars and Stripes copy editor Thomas Ruyle, an Iraq War veteran, who came along for the adventure, was aglow after firing the weapon, which he described as &#8220;frickin&#8217; righteous.&#8221;

The weapon&#8217;s design hasn&#8217;t changed much since the 1930s, but it is finally getting a quick-change barrel, which means troops won&#8217;t have to spend valuable minutes making sure the barrel has been properly screwed into place.

After the last round had been fired, it was clear that I had managed not to kill anyone who didn&#8217;t deserve it.