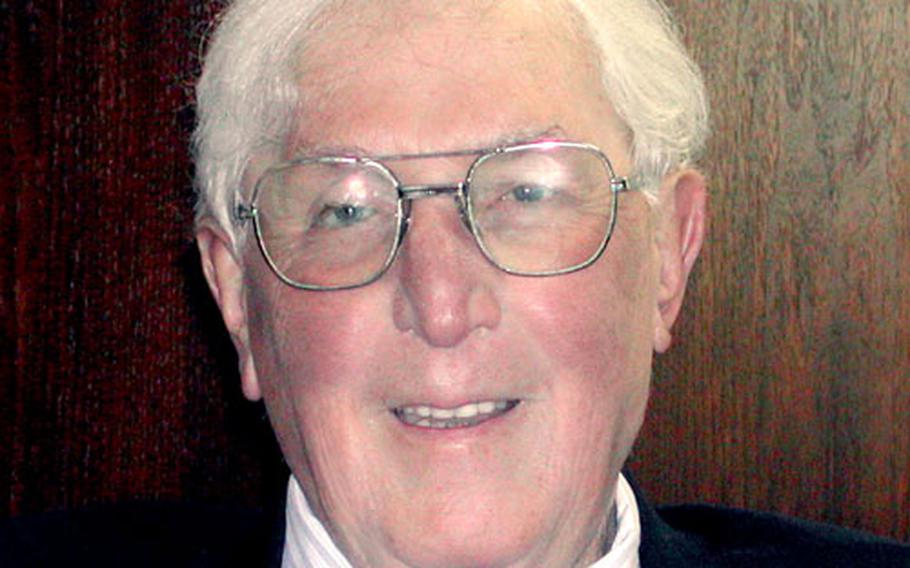 Joe Ungaro, Stars and Stripes ombudsman since 2002 and a champion of the newspaper’s editorial independence, died Nov. 12 at age 76. (S&S photo)

WASHINGTON &#8212; Stars and Stripes ombudsman Joe Ungaro, the driving force behind major reforms to the paper in the 1990s, died suddenly Sunday night. He was 76.

Ungaro has served as the liaison between the paper and its readers since 2002, but had worked as a consultant and news expert for Stars and Stripes for the past 11 years. In addition, he met with defense and congressional representatives regularly on issues of editorial independence.

&#8220;Joe felt deeply about the economic and journalistic well-being of Stars and Stripes and, above all, its independence,&#8221; said Editorial Director Dave Mazzarella, who preceded Ungaro as ombudsman. &#8220;The paper has lost a great friend and effective champion.&#8221;

He had more than 40 years of experience in the newspaper business before officials from American Forces Information Services asked him to lead a consolidation study for Stars and Stripes in 1995.

That study produced major changes in the operations of the paper, creating a central office in Washington, D.C., to handle news production while retaining local reporting operations in the European and Pacific theaters.

Those moves, along with others designed to maintain the independence of the paper&#8217;s reporting, were completed in 1999. He was awarded the secretary of defense&#8217;s Medal for Outstanding Public Service for his work.

He remained a consultant to the paper for several years before taking over the ombudsman role, providing advice on ways to cut costs without hurting Stripes&#8217; newsgathering efforts.

Ungaro was living in Rhode Island at the time of his death. He worked there as a state editor for the Providence Journal-Bulletin in the 1960s and 1970s before moving to New York for a position with Gannett.

He also served as a Pulitzer Prize juror four times, and taught a course in media management at the Columbia University Graduate School of Journalism, his alma mater.

A cause of death has not been determined. He is survived by his wife, Evelyn, and three children: Elizabeth, Ellen, and Joseph Jr., who is an editor with The Record of Morristown, N.J.

Kelsch said the position of ombudsman will remain open temporarily.