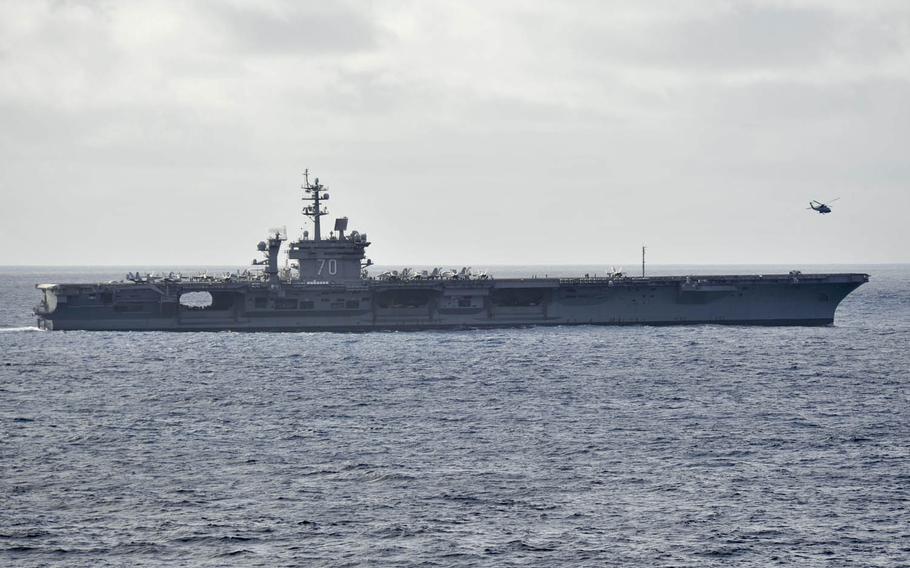 The USS Carl Vinson trains off the coast of Southern California in October. The carrier and its strike group will deploy this week to the Western Pacific. (Courtesy of the U.S. Navy)

The USS Carl Vinson is bound for the tension-fraught Western Pacific. The San Diego-based carrier and its strike group of helicopters, fighter jets and ships — including the guided-missile cruiser USS Lake Champlain and the destroyer USS Wayne E. Meyer — were due to depart Naval Air Station North Island, Calif., Thursday and Friday, a Navy statement said.

Another destroyer, the Hawaii-based USS Michael Murphy, is slated to join the entourage later this month.

The routine deployment comes less than a week after North Korean leader Kim Jong Un said his country is close to testing an intercontinental ballistic missile. China also recently confirmed that its aircraft carrier, the Liaoning, conducted drills in the South China Sea, where its increasingly assertive claims face challenges from its neighbors and the U.S. Navy, The Associated Press reported.Cook.leon@stripes.com