Stream of airmen deploy from Yokota Air Base 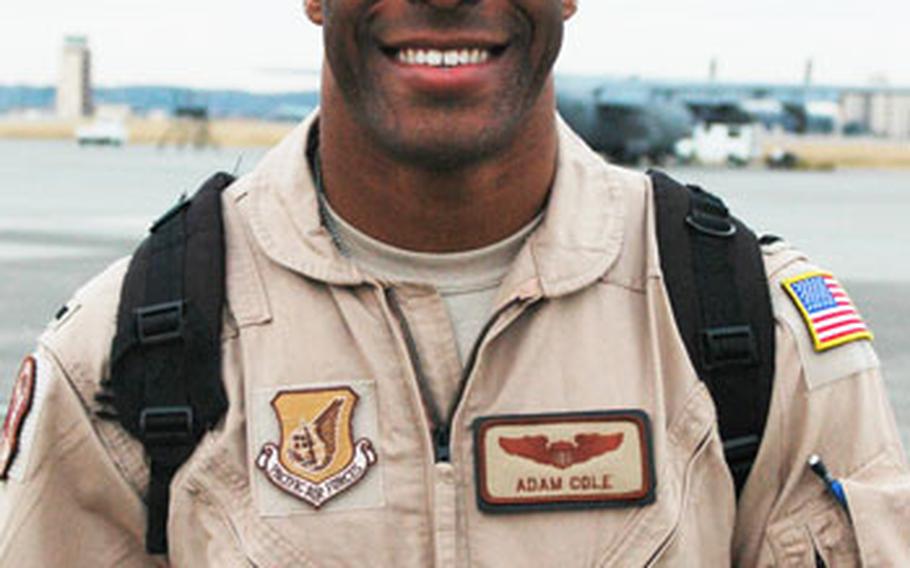 Lt. Adam Cole is heading off for his first deployment. (Bryce S. Dubee/S&S)

Lt. Adam Cole is heading off for his first deployment. (Bryce S. Dubee/S&S) 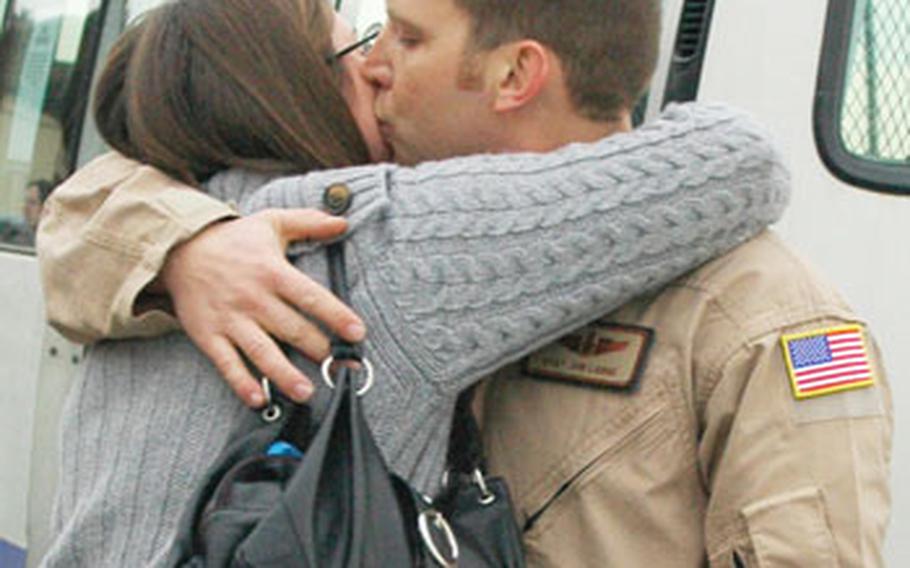 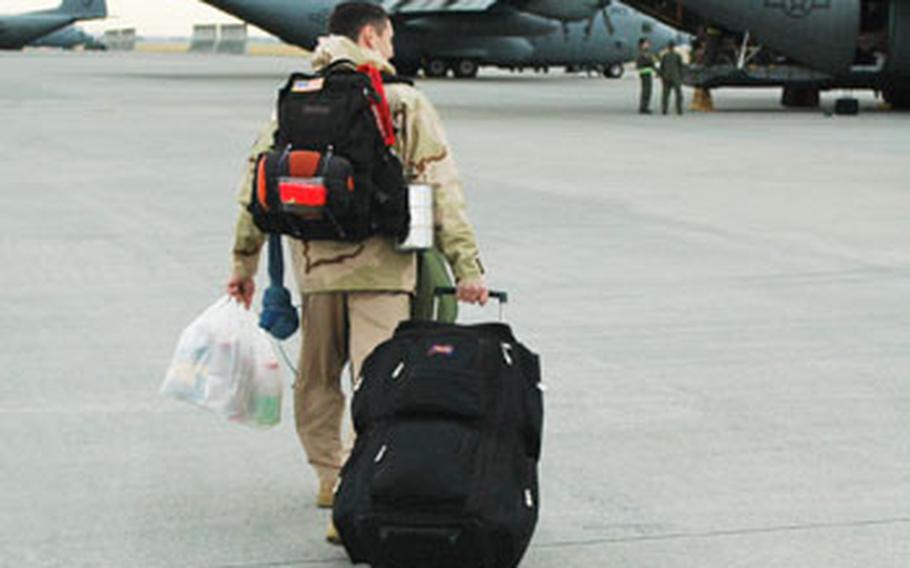 YOKOTA AIR BASE, Japan &#8212; Early Wednesday morning, as most of the base was just starting to get moving, a small contingent of airmen from the 36th Airlift Squadron were preparing to deploy to the war zone.

Flying out on a C-130, the 16 airmen represented two air crews that will be flying airlift missions throughout Southwest Asia in support of Operation Iraqi Freedom, said 1st Lt. Jenn Sherwood, a navigator and one of those deploying.

"I&#8217;m pretty excited," said 1st Lt. Adam Cole, a co-pilot who was heading off on his first deployment, explaining that he was looking forward to performing his mission downrange. "My family is more anxious than I am."

Though the deployment might seem somewhat small, it represents an ever-flowing stream of airmen deploying from and returning to Yokota. Last year, according to base officials, more than 2,200 servicemembers deployed from Yokota to support various exercises as well as operations in Iraq and Afghanistan.

"It&#8217;ll be nice to get away from the desk for a while," Sherwood, who also serves as the 36th&#8217;s executive officer, said of the scheduled four-month deployment. "In the office I&#8217;m handling a lot more paperwork. Out there we just fly."

Staff Sgt. Jon Lange, a load master, agreed, saying a lot of the additional duties associated with life at a home base aren&#8217;t present downrange.

"Over there, you just watch movies, eat, go to the gym and fly a lot," he said.

But even though there is a bright side to deployed life, Lange, who was beginning his 13th deployment, said it&#8217;s still a tough experience.

He&#8217;s now on his third deployment away from his wife, Laura, and said he has more to miss back at home than when he was single.

She said that the best way to get through a deployment is to stay busy.

"Work, volunteer, just find something to dive into," she said. "And don&#8217;t avoid something just because you may have done it before."

The Langes said they plan to stay in touch as much as possible.

"E-mail is a wonderful thing," he said, and they also use an Internet-based phone service.

"In the past you had to wait for a phone to be available," Lange said. "Now I just find an Internet cafe with wireless and make a call."

Sherwood said she too will be relying on technology to stay in touch with home.