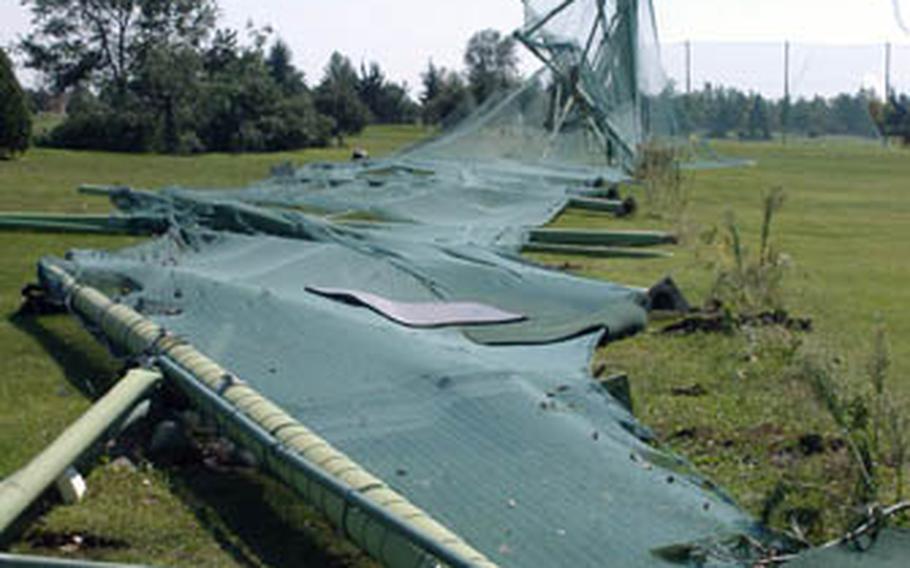 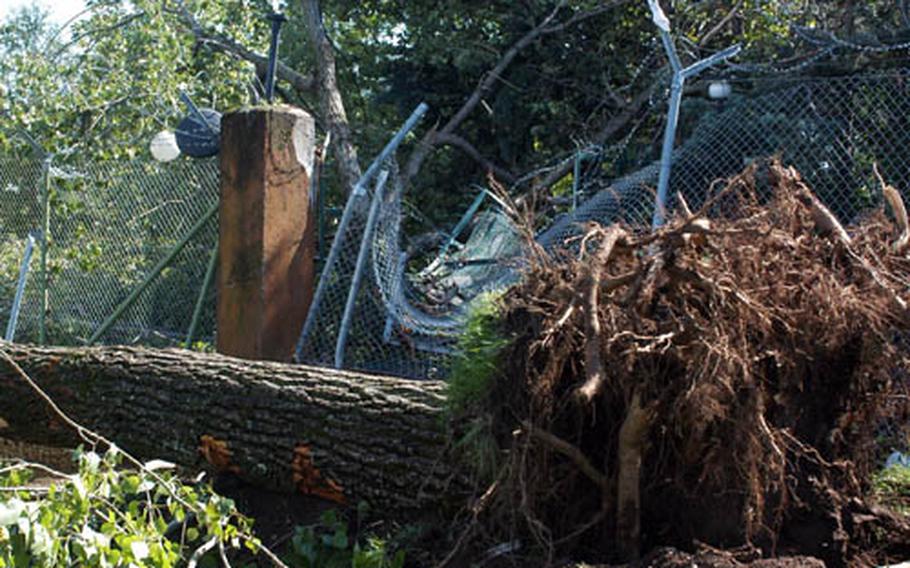 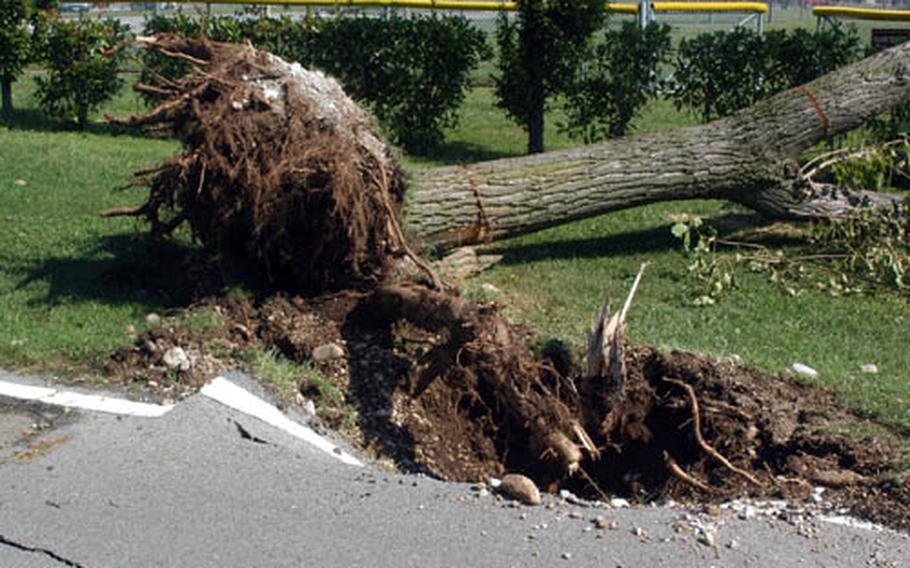 Nearly 200 trees were uprooted. Damage estimates are not yet available. (Kent Harris / SnS)

AVIANO AIR BASE, Italy &#8212; A sudden storm with winds of up to 90 mph swept across the center of the Pordenone province Sunday, uprooting numerous trees and heavily damaging homes to the east of Aviano.

Almost 200 trees were blown over on the base itself, with the Alpine Golf Course suffering the most loss. A quick survey found 132 downed trees on the nine-hole course, officials said, while the driving range and a few small outbuildings were severely damaged.

No one was reported hurt on base, and Italian media reports featured detailed accounts of devastated homes off base but no casualties.

It was the second time in three summers that a severe storm hit Aviano. A similar weather event on June 29, 2006, caused about $3.5 million in damages on base.

A Black Hawk helicopter was flipped over, causing $1.8 million in damages. A substantial part of the roof of the Health and Wellness Center was torn off, costing another $760,000 in repairs. Nine people were injured.

Fewer people were on base Sunday than were present when the other storm hit. Both occurred in the late afternoon hours.

"We had some people playing [on the course], but they came in before it hit," said Jamie Rayos, working behind the counter at the club&#8217;s pro shop.

He said the course would likely be closed for several days, but was hopeful it would be cleaned up before a scheduled tournament Saturday.

The high winds lasted for only about 10 minutes, according to the 31st Operations Support Squadron Weather Flight. Thunderstorms had been forecast, but the strength of the winds surpassed estimates, according to 1st Lt. Kimberly Schaerdel of the base&#8217;s public affairs office.

She said the base suffered "a significant amount of damage," but dollar estimates wouldn&#8217;t be available for several days.

One tree in the southeast corner of the base fell onto the fence surrounding the base, creating a small gap in the perimeter. Security forces personnel were on hand to monitor the situation.

Hundreds of airmen picked up debris Monday morning. Others began cutting up trees around the base and hauling away the branches.

Off base, the storm reportedly caused havoc at a outdoor festival in Polcenigo, one of several Italian towns located near the foot of the mountain range that rises north of the base.

Fallen trees, broken billboards and downed fences lined the road that connects Aviano to Pordenone in the south. The towns of Maniago and Vajont to the east were hit especially hard, with Italian media reports displaying pictures of heavily damaged homes and vehicles.