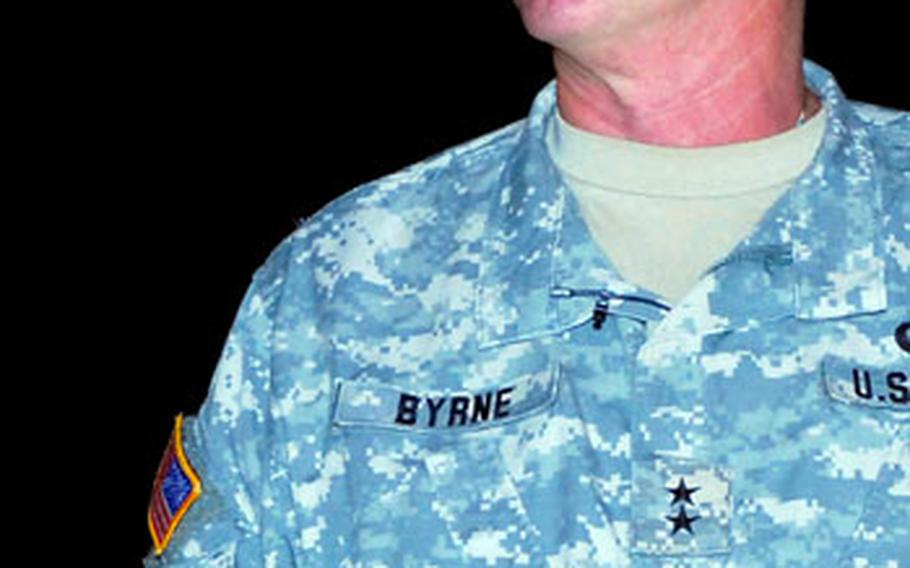 CAMP ZAMA, Japan &#8212; The elimination of stop loss and new budget constraints will make it more difficult for the Army to fulfill deployment requirements, the head of Human Resources Command said.

"I think everyone here knows we are a strained force," Maj. Gen. Sean J. Byrne told soldiers Tuesday during a professional development briefing at Camp Zama.

HRC&#8217;s main goal is to fill the manning requirements for deploying units, he said, a task that will become more complicated as the Army begins phasing out stop loss Jan. 1. Under the policy, soldiers with critical skill sets are kept in service beyond their retirement or separation dates in order to deploy and maintain unit cohesion.

"As of 1 January 2010, any unit deploying into theater will not use stop loss," Byrne said.

Soldiers with critical skills in units scheduled to deploy before that date can still be stop-lossed. Those facing stop loss could deploy as late as December on a one-year tour and be kept up to an additional 90 days after returning to out-process.

That time frame echoes a statement made in March by Defense Secretary Robert Gates that the Army plans to fully eliminate stop loss by March 2011.

Byrne explained that after Jan. 1 soldiers will not deploy if they are scheduled to leave the service within the first six months of their unit&#8217;s deployment. Those set to leave after the six-month mark but before the unit is scheduled to return home will still deploy, but will return to the States or their home station overseas two months before their separation date, he said.

"I think overall it will be positive for morale," Byrne said. "However, from a unit continuity standpoint, there will be some effects that we&#8217;ll have to work our way through."

With troop levels in Afghanistan expected to increase, the general said the elimination of the program presents an immediate challenge.

During the past eight years, he said, an average of 6,000 to 7,000 active-duty soldiers have been on stop loss at any given time.

Budget constraints will force the Army to recruit fewer new soldiers next year, he added.