Stonham Barns: Spending a day with the birds of prey at sanctuary can be a head-turner 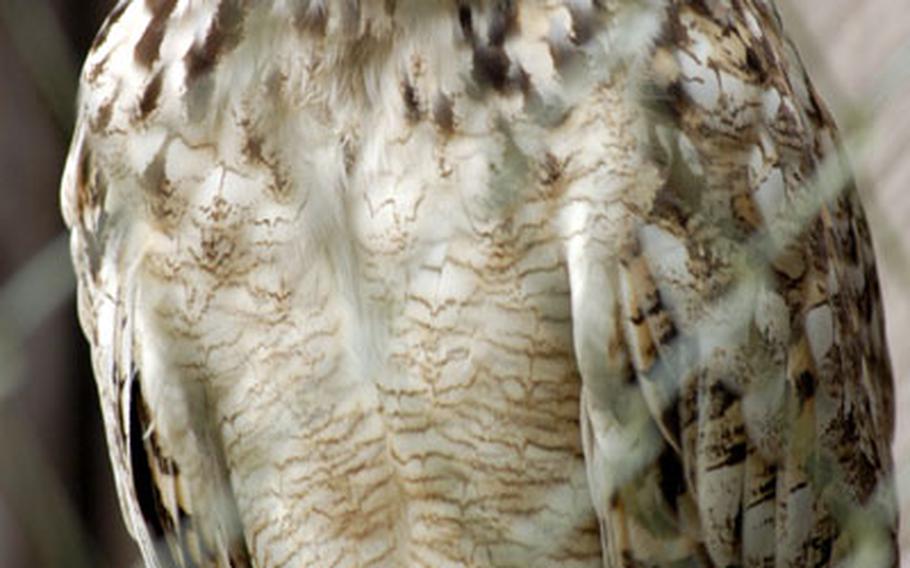 Isis, the pharaoh eagle owl, cocks an eye at a visitor to the Suffolk Owl Sanctuary. Pharoah eagle owls are the largest and most dominant owl species of the North African plain, and are a relative of the European eagle owl. (Ben Murray / S&S)

Isis, the pharaoh eagle owl, cocks an eye at a visitor to the Suffolk Owl Sanctuary. Pharoah eagle owls are the largest and most dominant owl species of the North African plain, and are a relative of the European eagle owl. (Ben Murray / S&S) The striking eyes of Loki, the snowy owl, peer out of her enclosure at the Suffolk Owl Sanctuary. (Ben Murray / S&S) 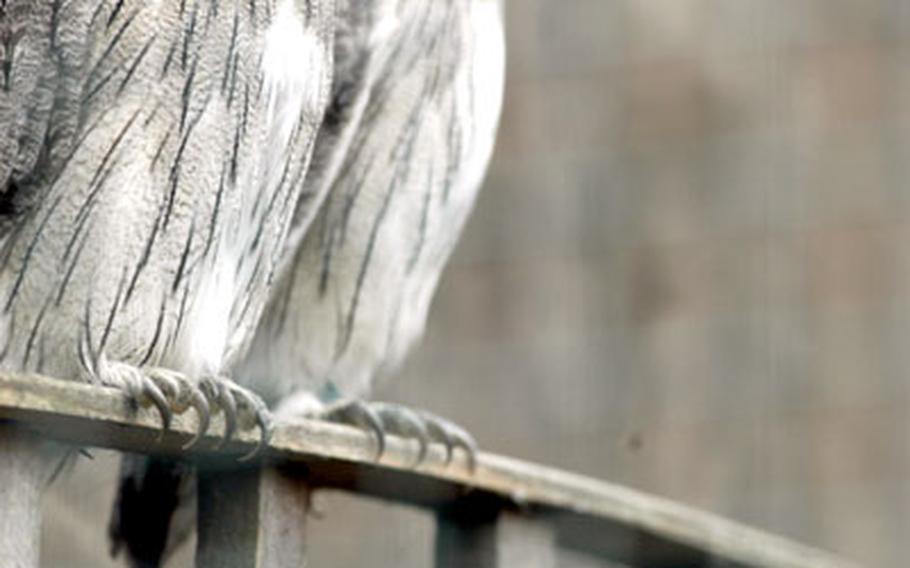 Kruger and Tsavo, a pair of white-faced scops owls rest in their enclosure at the Suffolk Owl Sanctuary. Scops owls are found in sub-Saharan Africa, where they feed on small birds and rodents. (Ben Murray / S&S) 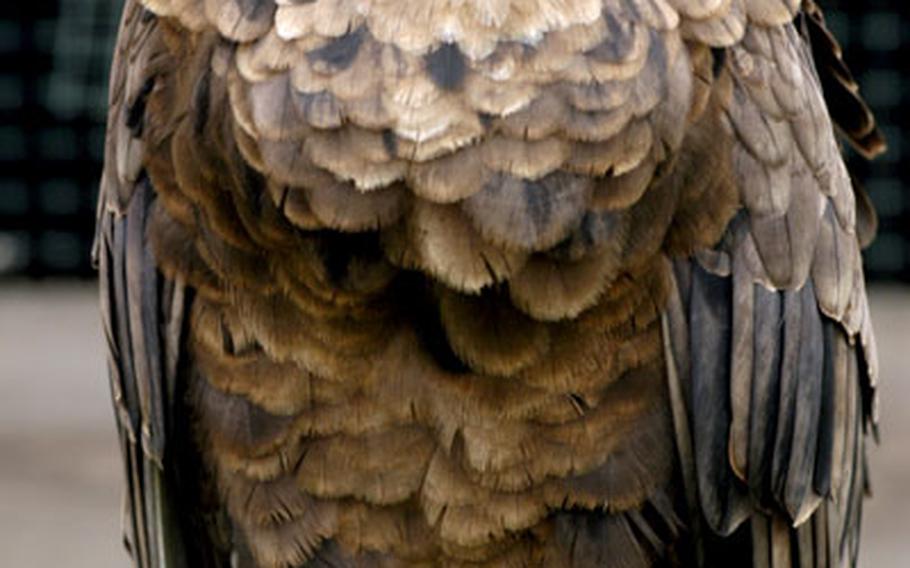 Pungu, the bateleur eagle, sits on his perch. Bateleur eagles are from the African savannahs, and their name — French for &#39;acrobat&#39; — refers to their complicated aerial displays shown during the mating season. (Ben Murray / S&S)

STONHAM BARNS &mdash; You don&rsquo;t really realize how little you know about owls until you are standing about four feet from one, looking it in the face.

Many of them are small, with fiercely long talons, huge eyes, and an almost unnatural ability to rotate their heads about 270 degrees.

As solitary, nocturnal animals, they&rsquo;re not a species people have a lot of contact with, but at the Suffolk Owl Sanctuary in Stonham Barns, east of Bury St. Edmunds, you can get pretty close.

Set among a horseshoe of tourist attractions in the hills near Stowmarket, the Owl Sanctuary is home to about 80 birds, give or take a few chicks, housed in outdoor enclosures on a set of paved paths.

But while the name &ldquo;Owl Sanctuary&rdquo; seems to be pretty straightforward, the reserve actually keeps a wide range of raptors, from large African eagles and tiny native kestrels to buzzards and a dark, brooding vulture named Gypsy.

It&rsquo;s a fair mix of birds for a small center, originally set up as a tourist attraction among the craft shops and gift stalls of Stonham Barns. The town also is home to a horse rescue center, mini-golf course, driving range and garden center.

Now a charitable trust, the sanctuary has a small hospital where staff treats injured raptors and releases them back to the wild. The majority of the birds at the sanctuary are captive-raised, however, bought mostly from breeders in Britain, said Julia Finnis, the warden at the reserve.

A tour of the sanctuary starts at a long row of low booths, where a variety of birds sit in the open, tied to small rests within just feet of the paths. It&rsquo;s immediately surprising how close people can get to the birds &mdash; just a yard or two separates visitors from the owls, eagles and falcons, sitting in the open without any bars around them.

Patrons can lean in and have a close look at the birds and read the informational displays on each of the species. Many of the birds have names, such as Isis, the pharaoh eagle owl, and Voldemort, the Harris hawk.

From the opening booths, visitors can wend their way among the various aviaries and tall cages, outfitted with tree branches, nesting perches and foliage for the residents.

The namesake of the sanctuary &mdash; the owls &mdash; are among the stars of the show. Some are sleepy and still, sitting on their perches, while others, such as Cobweb, the barn owl, come right to the front of the cage to screech at passers-by and eye them up and down.

The setup is well laid out and informative, with the birds easy to see for the most part &mdash; a challenge with some of the smaller and more reclusive species.

For activities, the sanctuary has two flying displays daily at 12:30 and 2:15 p.m., and a list of special events including photo workshops, evening owl viewings, a falconry fair and children&rsquo;s events.

Next up for kids is the Magic Monster Mayhem event for children ages 6-12, where sanctuary staff talk about myths and legends concerning birds and other animals and get children close to the owls. The next photography event is May 19.

As a charitable organization, the sanctuary is also on the lookout for volunteers to help with the ongoing construction and restoration of the aviaries at the facility, Finnis said.

In the past, the sanctuary has had help from local airmen.

&ldquo;We&rsquo;ve had some guys from Lakenheath, and they were helping to build aviaries,&rdquo; she said.

Interested volunteers should contact the center at 01449 711425 or local community outreach coordinators at RAFs Lakenheath and Mildenhall.

Prices: Admission is by donation, with suggested amounts &mdash; 4.75 pounds for adults; 2.95 pounds for children; 15 pounds for families of up to five people.