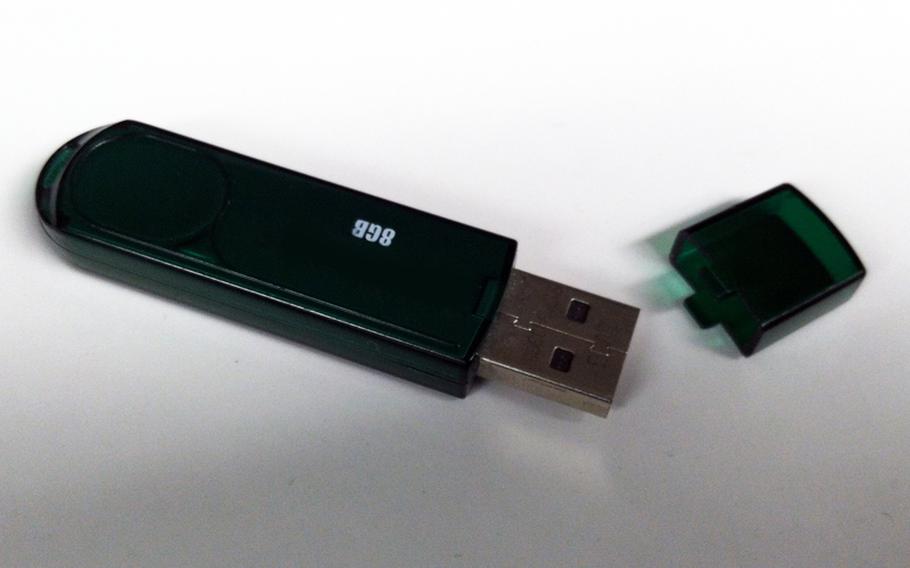 KAISERSLAUTERN, Germany &mdash; The theft of five thumb drives from an unlocked vehicle may have compromised the personal information of hundreds of pupils, their parents and staff members at a Defense Department school in Germany, school officials said Wednesday.

Parents of more than 900 students at Ramstein Intermediate School were notified of the possible data breach Tuesday night, more than three weeks after the information disappeared.

The thumb drives were stolen overnight Oct. 26 from the unlocked vehicle of an American living in Landstuhl, according to German police.

&ldquo;We became aware of the missing data and the circumstances on Oct. 31,&rdquo; he said.

The intermediate school is located on Ramstein Air Base, where some of the U.S. military&rsquo;s top ranking officers and enlisted members in Europe live and work and where their children may attend one of four schools on base.

&ldquo;This letter is to notify you that your and/or your student&rsquo;s personally identifiable information may have been part of the loss,&rdquo; DODDS-Europe officials said in the letter that was emailed Tuesday to parents of all the school&rsquo;s students.

Citing the investigation, Purtiman said he could not disclose the job of the employee who had the data sticks. &ldquo;DODDS-Europe employees routinely take work home with them,&rdquo; he said. &ldquo;Thumb drives are just one of the ways they do it.&rdquo;

The Defense Department has strict guidelines for the usage of removable media devices, prohibiting, among other restrictions, the use of personal thumb drives on government computers.

Purtiman said officials were trying to determine whether the data on the thumb drives was protected by encryption, and whether the devices were personal or government-owned.

The school employee had a back-up of the stolen data, Purtiman said, and officials are combing through the files to identify the nature and scope of the information that was lost, including whether more students from other schools may have been affected.

&ldquo;There is no reason to believe that any of the lost information is being used inappropriately,&rdquo; the DODDS letter said.

Parents will be directly notified if it&rsquo;s determined that their or their children&rsquo;s information was compromised, officials said.

German police are investigating the incident as a random vehicle break-in, one of two reported in Landstuhl that night, said Reiner H&uuml;ttel, a detective with the Landstuhl police department. The school employee&rsquo;s vehicle was parked in a garage with a broken lock, H&uuml;ttel said.