Stinger battery to fire missiles in training on Wake Island 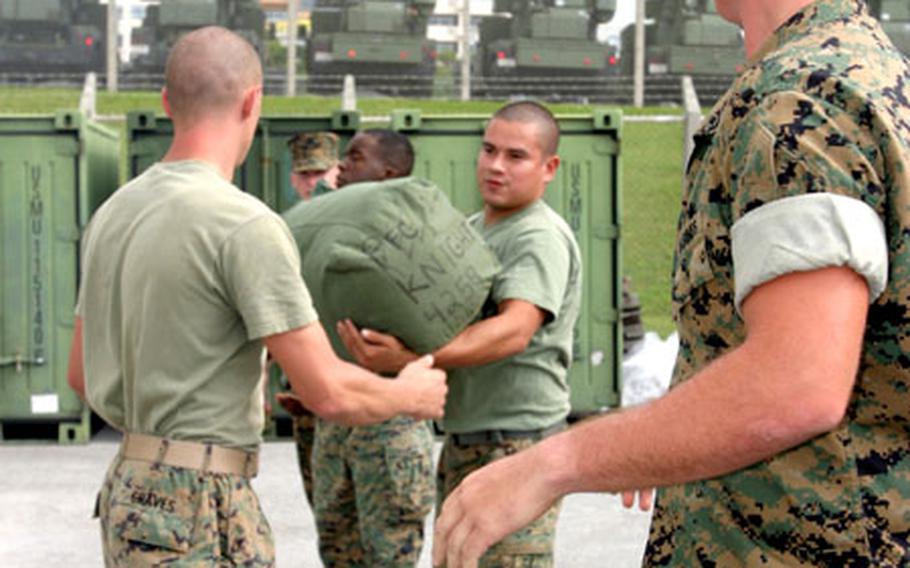 Peacock said Stinger gunners are required to fire a live Stinger weapon at least once a year to maintain their qualifications for their jobs. They will shoot a total of 30 Stinger missiles and 25,000 .50-caliber machine-gun rounds.

The Stinger is a surface-to-air infrared/ultraviolet guided missile. It can be either shoulder-launched or fired from an Avenger, a High Mobility Multipurpose Wheeled Vehicle with a mounted turret.

Before any live missiles are fired, Peacock said, another unit will be lending his Marines a hand. He said a C-130 from Marine Aerial Refueler Transport Squadron 152 - also from Futenma &#8212; will fly &#8220;profiles&#8221; to help the Marines prepare.

&#8220;These profiles closely proximate what the gunner may encounter in combat,&#8221; Peacock stated in the release. &#8220;It allows the gunners to manipulate the controls of a trainer version of the Stinger missile in order to track aircraft flying maneuvers to defeat the missile.&#8221;

Once the training to prepare the Marines for the live-fire is complete, the unit will use all of its &#8220;organic equipment,&#8221; including thermal night sights and the M3P machine guns mounted on turrets of the Avenger.

Peacock said the entire training package is critical for his Marines. &#8220;The training allows my gunners to maintain proficiency with the weapon system,&#8221; he said. &#8220;This proficiency translates into readiness to defend assets assigned to us by the combatant commander on the battlefield.&#8221;