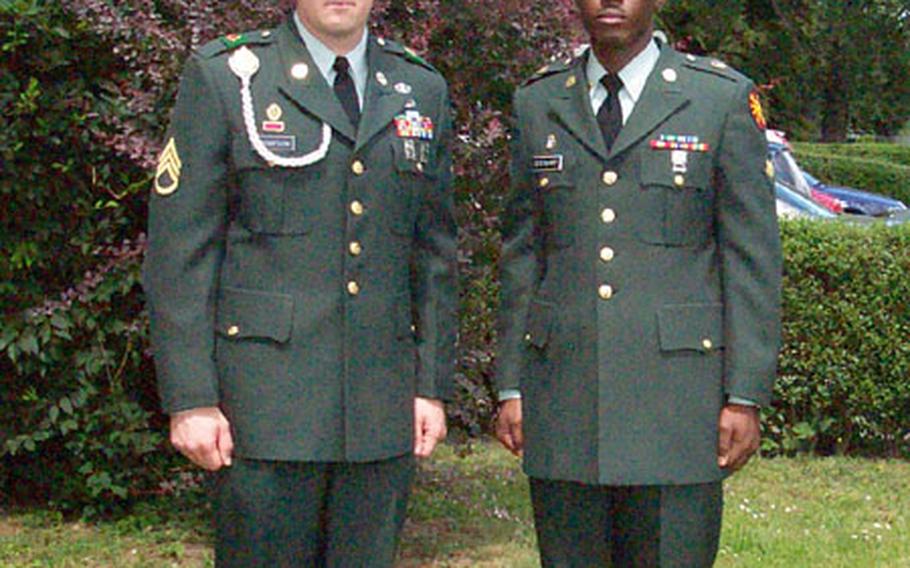 The headquarters for Installation Management Agency-Europe has selected its first soldier and noncommissioned officer of the year.

A board consisting of eight command sergeants major and senior NCOs met last month in Heidelberg, Germany, to determine the winners.

Six candidates, nominated by their ASG sergeants major, were evaluated on their Army physical fitness test results, land navigation skills, weapons qualifications and knowledge of military subjects, such as first aid and drill and ceremony.

Stewart and Thompson each received several prizes, including a $250 check from the Association of the U.S. Army and savings bonds totaling $300 from USAA and Morale, Welfare and Recreation.

They will compete against six other IMA regional winners at the IMA-wide competition July 11-15 at Fort A.P. Hill, Va. The top soldier and NCO at that contest will compete for the Department of the Army Soldier and NCO of the Year.