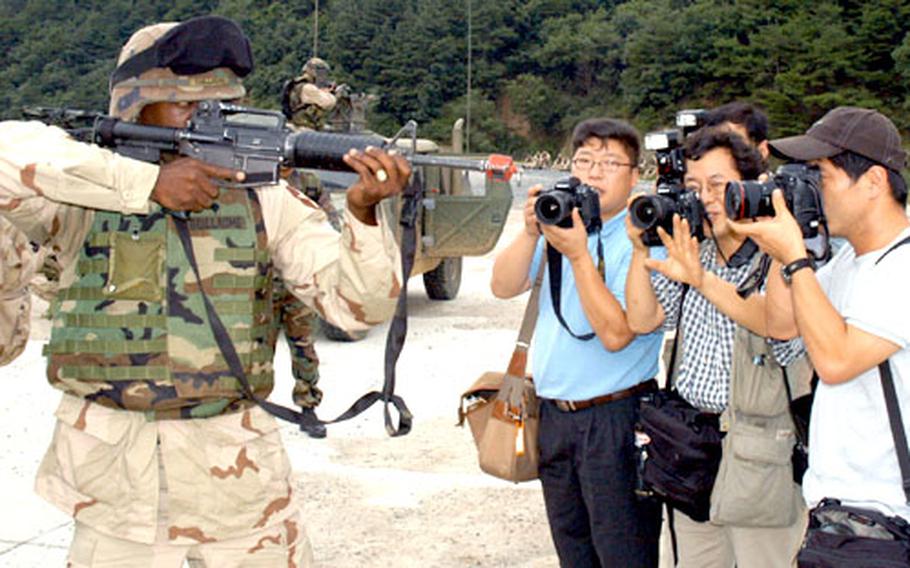 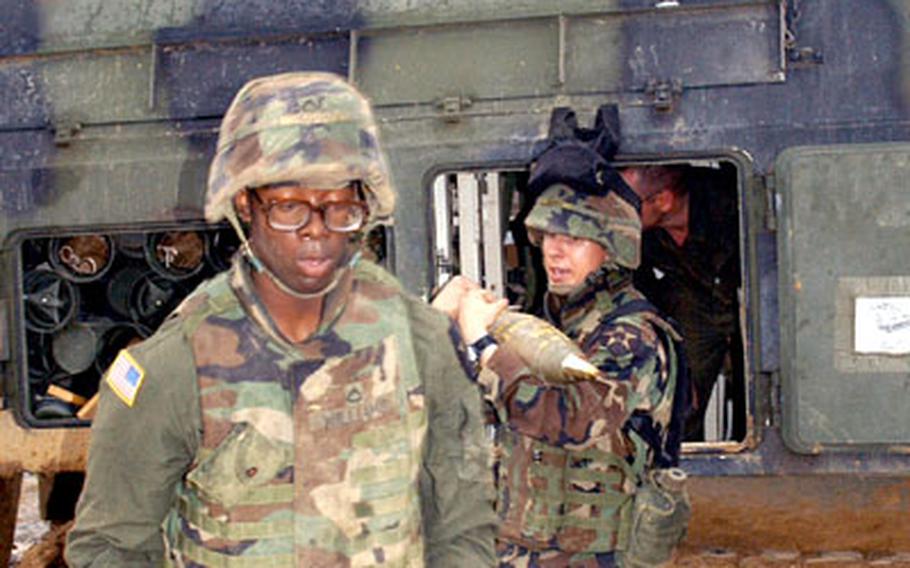 The soldiers preparing for their new jobs are part of 2nd Battalion, 17th Field Artillery Regiment &#8212; the Steel Battalion &#8212; that has joined the 2nd Brigade Combat Team for deployment to Iraq this summer.

Circumstances in Iraq mean the need for traditional field artillery support there has diminished, he said.

&#8220;They are still shooting illumination and some high explosive munitions to try to kill mortars when they fire on us. But with Iraq becoming a sovereign country again and us receiving the mission to go, we had to look at our capabilities,&#8221; he said. The brigade commander, Col. Gary S. Patton, &#8220;required a certain level of field artillery capability but also more patrolling capability,&#8221; Fant said.

So Steel Battalion will have three roles in Iraq, he said: One battery will operate as traditional field artillery; another will provide force protection; a third will patrol as an infantry company.

The first to train as an infantry company is Alpha Battery. The three batteries will rotate every four months in Iraq so each takes a turn in each role. Primarily, Fant said, this is to ensure soldiers retain their artillery skills while in Iraq.

Converting a battery to an infantry company is the most radical change, he said.

Artillerymen learn some infantry skills, such as movement techniques, marksmanship and self-defense, during artillery basic training, Fant said. &#8220;But they don&#8217;t get the level of (infantry) training we are focusing on right now.&#8221;

In recent weeks, the artillerymen have learned to patrol in an urban environment, conduct cordon- and-search operations and move into contact, Fant said.

&#8220;There will be additional training&#8221; in the Middle East, he said. &#8220;We have been able to take the lessons of other units that have gone before us, and from the unit we are replacing, and incorporate that into our training.&#8221;

Artillerymen will bring some useful skills to their patrol role, he said.

Pfc. Jimmy Bechner, from Sacramento, Calif., normally loads ammunition into Paladin mobile artillery pieces. Last month he got a SAW gun (M249 machine gun) and has been learning how to fire it.

South Korea, one of the most heavily populated nations, is the only place in the world where U.S. artillery fires directly over the roofs of private houses during training. For safety reasons, artillery units must take numerous safety precautions during training, officials said.

Last week Alpha Battery did live-fire convoy training at Rodriguez Range&#8217;s Warrior Valley. Pvt. Rory Sharony appeared to be enjoying himself as he lay on the ground next to an HMWV (military vehicle), shooting at pop-up targets down-range.

The young soldier said he wanted to go to the infantry when he joined the Army but was sent to the artillery after he injured his shoulder.

A few miles down the road, guns from Bravo Battery were firing 155mm shells into the back of Rodriguez Range. Spc. Keith Gimmy was running back and forth between one of the guns and an ammunition transporter with shells and other equipment.

Gimmy said he is looking forward to his artillery mission in Iraq.