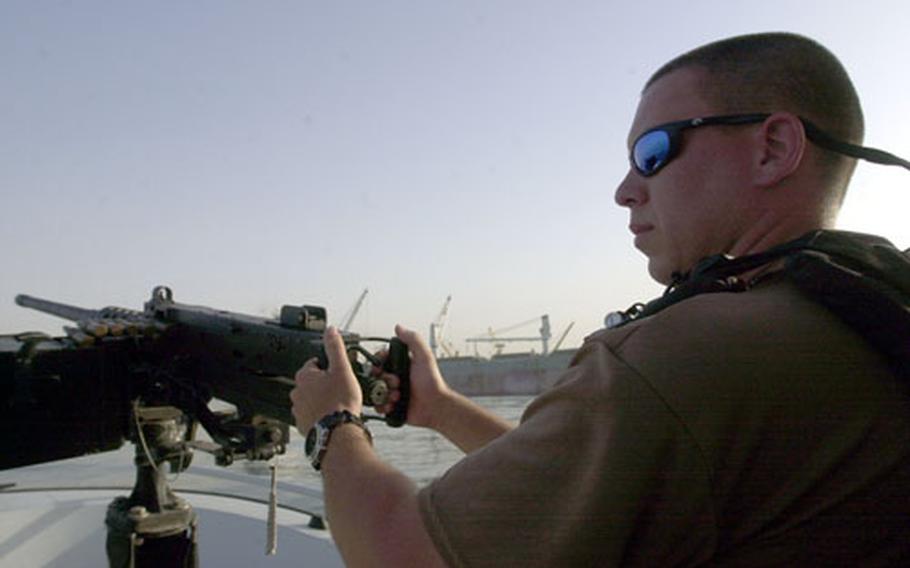 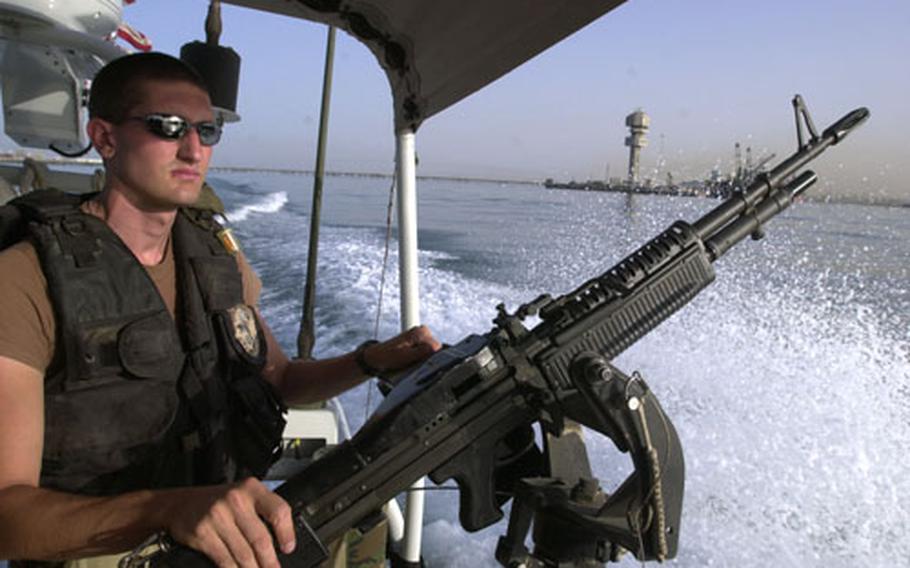 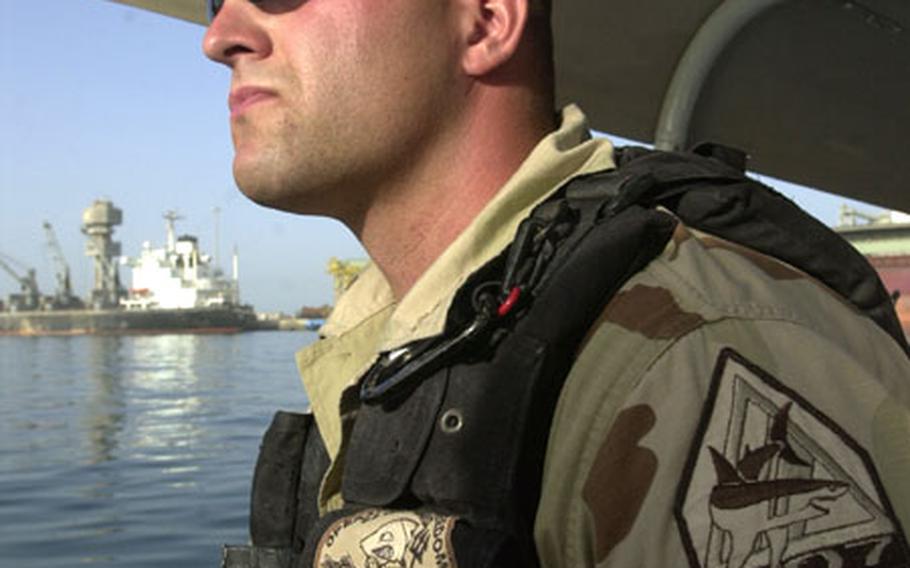 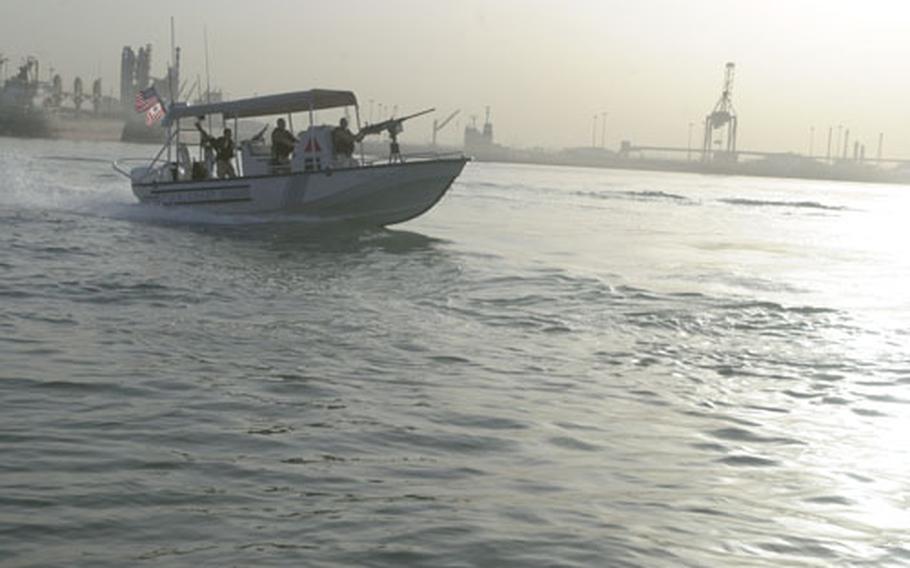 A U.S. Coast Guard boat patrols the Kuwaiti harbor of Ash Shu&#39;aybah. Reservists from the Coast Guard&#39;s Port Security Unit 307, out of St. Petersburg, Fla., have deployed to Kuwait for one year to help keep the harbor safe. (Fred Zimmerman / S&S)

ASH SHU&#8217;AYBAH, Kuwait &#8212; Four deployments in four years can be a lot for a unit. Add in that the unit has been in existence for the same amount of time and one could say its members have had a full plate.

While the unit doesn&#8217;t have a mission in the United States, Bauer said, it has provided services there. It responded to New York after the Sept. 11, 2001, terrorist attacks and also worked in Boston. The only international deployment the unit has done besides Kuwait has been to Guantanamo Bay, Cuba.

Even though the pace has been hectic, members say they don&#8217;t mind.

The unit completes its mission with numerous small, speedy boats, but the boats aren&#8217;t your average weekend cruiser. They are mounted with several machine guns to help deter threats to U.S. assets in the harbor.

Bauer said the unit isn&#8217;t the only one working to keep the port safe. Harbor Defense Command Unit 111 is the higher command and has overall responsibility for security in the port, in the water and on land. The unit is a mixture of Navy and Coast Guard personnel. Under the group, there are several other Navy units, along with the PSU, that help with the mission.

The commander of Command Unit 111, Coast Guard Capt. Steve Penn, said the challenge is the port is a commercial facility. He said that by working with Kuwaiti authorities, the unit can keep tabs on port activity.

Along with U.S. forces working together in the water, the Kuwaiti navy is pitching in. Bauer said the force provides offshore escort of ships in and out of the port.