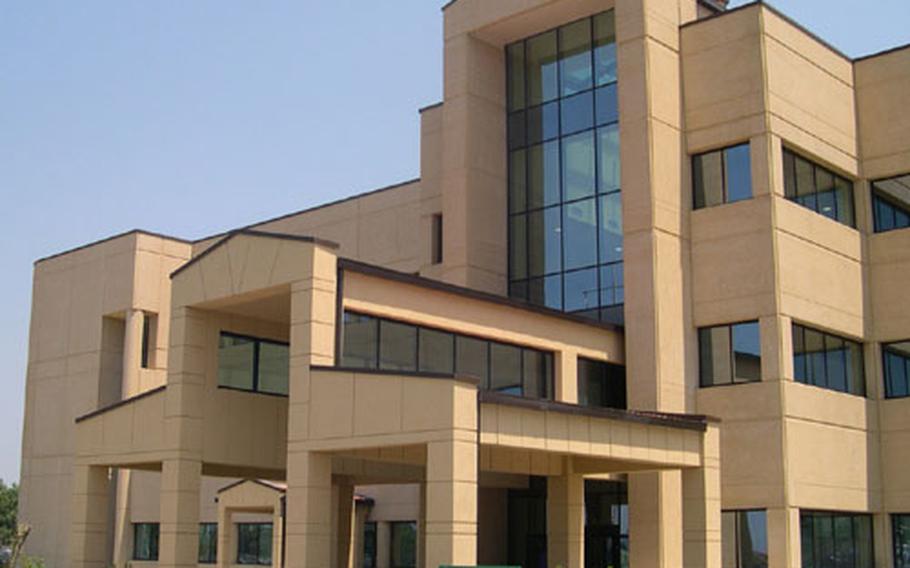 GRICIGNANO, Italy &#8212; After delays for everything from archaeological finds to equipment safety concerns, the Naples military community finally has a new $42 million hospital and dental clinic.

The 180,000-square-foot facility opened Monday on the family support complex, a month after its ribbon cutting and six months after its first &#8220;planned&#8221; opening.

But if patient and staff reaction on their first day was any indication, the prognosis for success is good.

&#8220;This is Mecca,&#8221; Petty Officer 3rd Class Amber Sullivan of Mesa, Ariz., said of the four operating rooms and two minor procedure rooms where she works as a surgical technician.

Everything in the facility seems top of the line, including the building&#8217;s user-friendly layout, new equipment and the staff&#8217;s attitude.

&#8220;It&#8217;s a lot better than the older one,&#8221; he said in a soft voice from a wheelchair in his room. Natural light from outside the building mixed with an artificial glow from windows facing the nurses&#8217; station, making the room seem unnaturally large.

&#8220;This is artistically and architecturally pleasing,&#8221; said the hospital commander Capt. Kathleen O&#8217;Farrell, explaining her feelings about walking into the brand-new facility that morning.

Prints of paintings hang on nearly every open wall. Each large open space has some sort of artwork, from brightly colored banners to fabric butterflies.

Even the coffee shop in the patient waiting room is special. Called the Roman Well Cafe after an actual Roman-era well found during the building&#8217;s construction, it sits in the center of the patient waiting area on the middle of the facility&#8217;s three floors. The well can be seen under large glass floor panels in one of the hospital hallways.

Above the cafe, a high glass ceiling nearly two stories above lights the reception desks of the majority of the hospital&#8217;s clinics.

The facility was designed so that patients with routine medical appointments, prescriptions to be filled or in need of x-rays come to this floor. The dental clinic is also here, just inside the building&#8217;s front door.

Patients needing surgery head up to the top floor, which is also where the recovery rooms are.

Staff members agreed with the assessment.

With their new move, Naval Hospital Naples and the Naval Dental Clinic have new telephone numbers. Their main numbers are listed below.