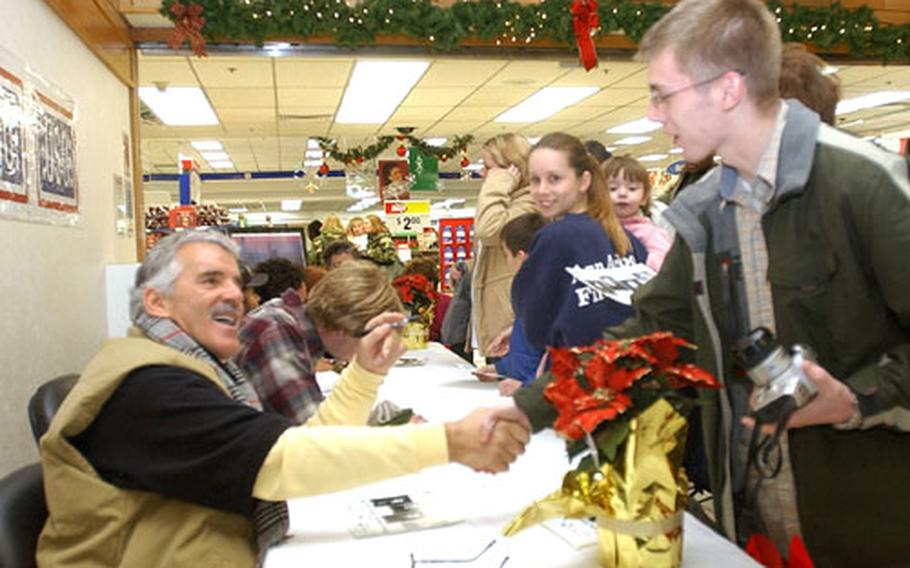 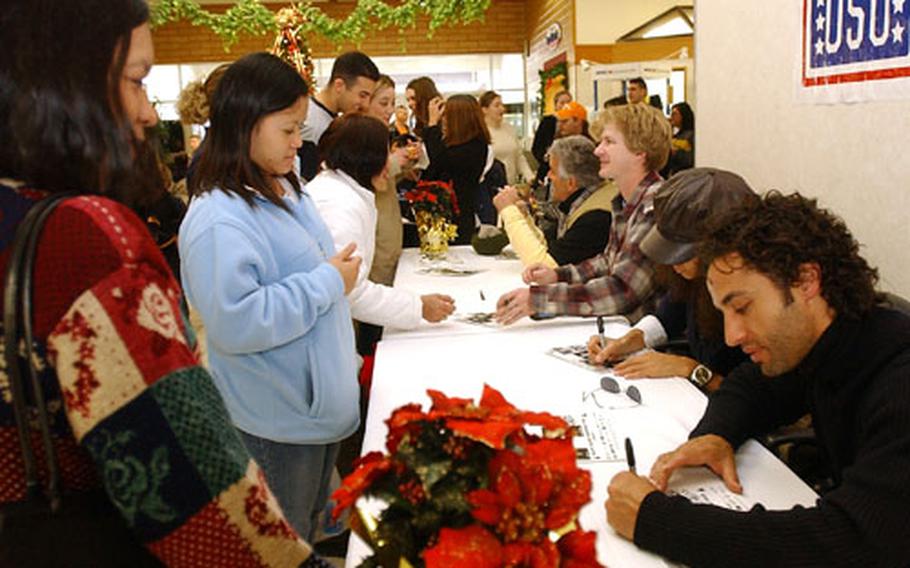 MISAWA AIR BASE, Japan &#8212; At first, Petty Officer 2nd Class Andrew Wellens didn&#8217;t pay much attention to the civilians lingering near the doorway of Grissom Dining Hall Tuesday night &#8212; until one of them said &#8220;Merry Christmas.&#8221;

Farina and three other actors did what few celebrities do: They visited this remote, northern Japan air base Tuesday and Wednesday to kick off a seven-day holiday swing to four Pacific U.S. bases and a Navy ship.

The actors are to spend Christmas Day at Yokosuka Naval Base near Tokyo and visit sailors aboard the USS Blue Ridge on Friday. Then on Saturday, they&#8217;re scheduled to appear at the Yokota Community Center at 3 p.m., before heading to Marine Corps Air Station Iwakuni in southern Japan on Dec. 28 and Dec. 29.

The United Services Organization is sponsoring the tour, said Jeff Harvey, a USO tour manager from Washington, D.C., who accompanied the actors.

USO covers most expenses, such as transportation and meals, to bring a celebrity overseas, but the actors receive no appearance fees, Harvey said.

At Misawa on Tuesday, the actors signed about 500 autographs and toured the Officers and Enlisted clubs.

Wednesday, they were to meet members of Misawa&#8217;s Security Forces squadron and attend a holiday party for unaccompanied airmen.

Being away from family and friends during the holidays wasn&#8217;t an issue, they said.