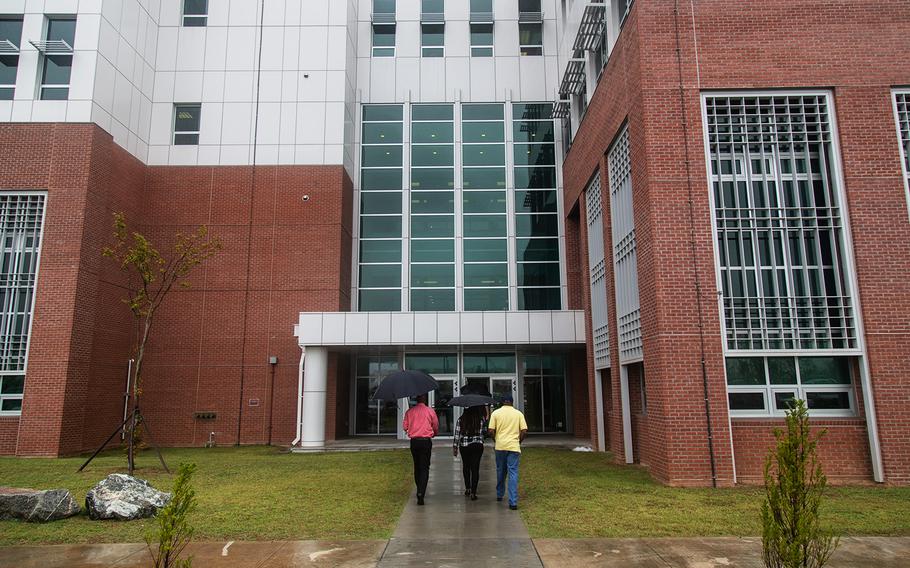 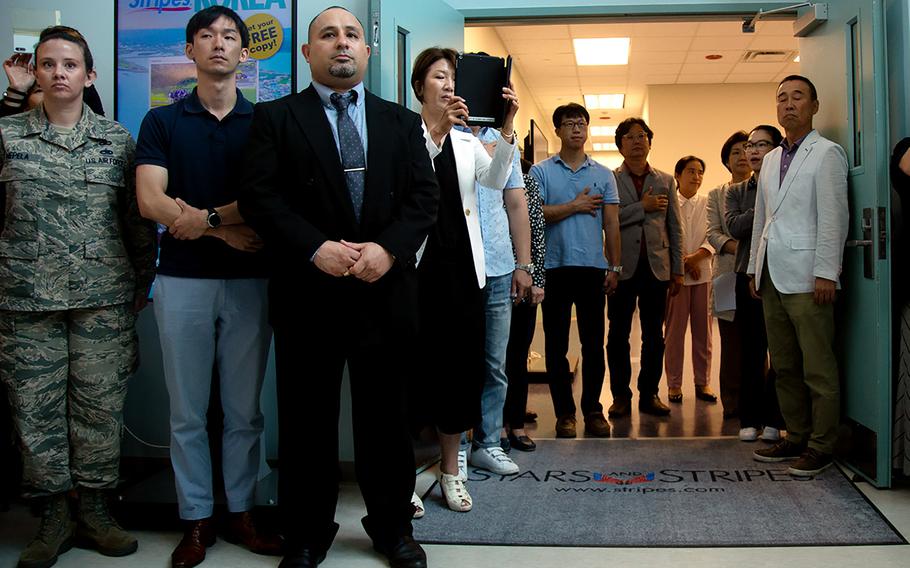 CAMP HUMPHREYS, South Korea — Stars and Stripes’ Korea office has moved to Camp Humphreys, the latest chapter in a history that dates to the 1950-53 war on the peninsula.

The daily newspaper, which provides independent news to the U.S. military community, celebrated the opening of its new building Thursday with a ribbon-cutting involving 13 other tenants.

Stars and Stripes was previously based on the FED compound, a 13-acre base in the fashion district of Dongdaemun in the heart of Seoul.

The base, which houses the headquarters of the U.S. Army Corps of Engineers, Far East District, will close later this year as part of the relocation of most U.S. forces to regional hubs south of Seoul.

“Stars and Stripes is honored and has the privilege to serve the military community by providing news and information that is developed by a free press and guided by the principles of objectivity and balance,” said publisher Max Lederer, who was visiting from Washington.

Stars and Stripes occupies a suite of offices on the ground floor of the new four-story building, which sits near the flight line of the sprawling base in Pyeongtaek, about 40 miles south of Seoul.

One of its new neighbors is the USO, which has moved from its previous home on Camp Kim, where it was based since at least 1956. The agency provides entertainment and other services for the some 28,500 U.S. troops based on the peninsula and their families.

“The center of gravity for U.S. Forces Korea has obviously shifted from Seoul to Pyeongtaek,” USO area director Douglas Boltuc said after the ceremony.

He still travels frequently to Seoul to meet with corporate sponsors and donors but said he doesn’t miss the old building.

“USO was in a building from the Japanese occupation, constructed in 1910,” he said. “I’m pretty sure that building was haunted so I’m very happy to be in a building that was built in 2017.”

The military’s relocation faced frequent delays due to problems with construction and quality control as South Korea funded most of the nearly $10.7 billion expansion of Humphreys, formerly a remote outpost housing mainly single soldiers.

“The move has been a long time coming,” said Lt. Col. Richard McClintic, the newspaper’s Tokyo-based commander. “We are following our audience in a lot of ways. A lot of the political content comes out of the Seoul area; however, the preponderance of our customers have moved to Camp Humphreys.”

The history of Stars and Stripes on the peninsula began with the North Korean invasion on June 25, 1950. Cpl. Ernie Peeler, one of the first reporters deployed to the front lines, went missing and was presumed dead after his Jeep was ambushed by enemy forces.

Copies of a special Korean edition were airdropped to troops when U.S.-led United Nations forces launched their successful attack on Incheon.

The newspaper was prepared in Tokyo and flown to South Korea until Sept. 29, 1950, when the first run of 30,000 copies rolled off the presses in the southern port city of Busan.

It currently has a staff of nearly 30 people, including drivers, customer service representatives, advertising specialists and multimedia consultants.

Other tenants in the new building include the Defense Commissary Agency, the Army and Air Force Exchange Service and the 411th Contracting Support Brigade.