Stars and Stripes interview: Former CENTCOM commander Franks talks about the war and its critics 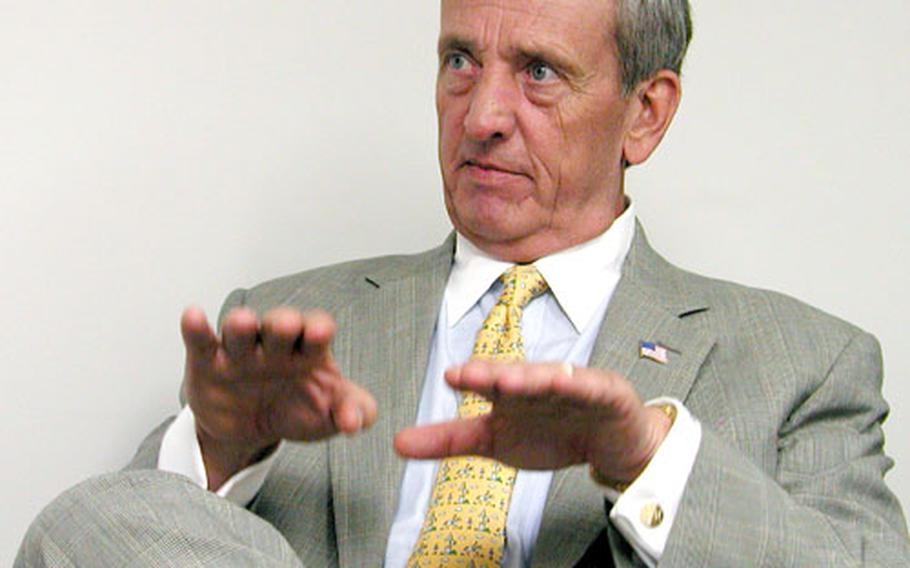 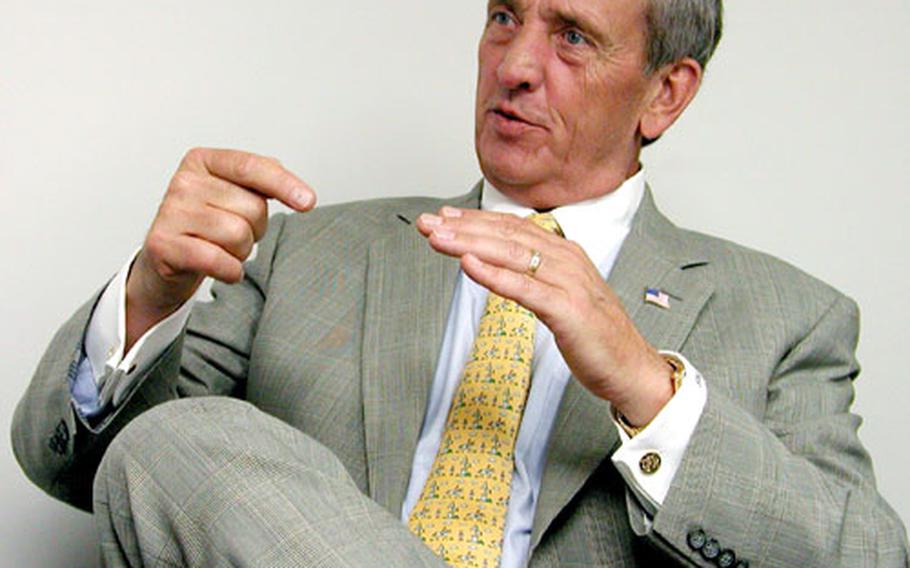 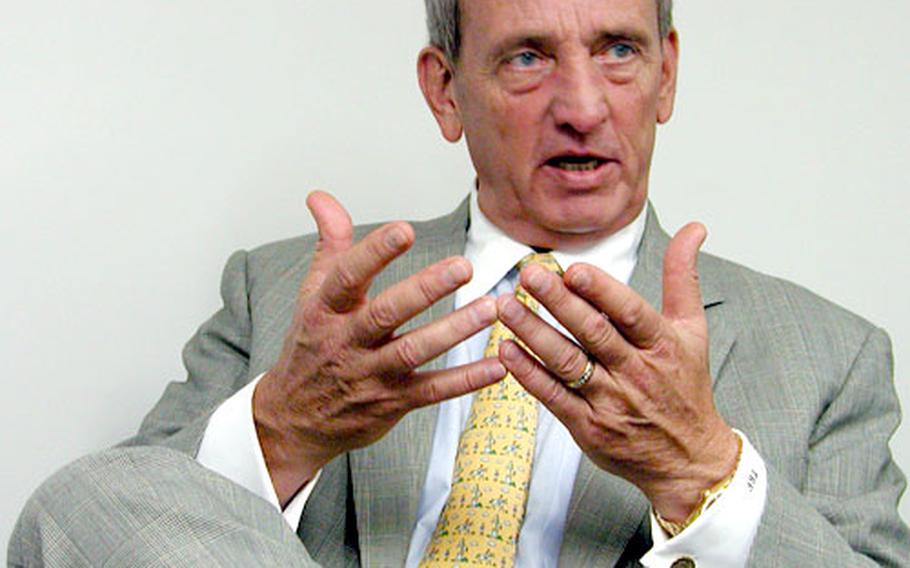 WASHINGTON &#8212; Tommy Franks wants young commanders on the ground in Iraq to remember one thing: The desire to protect your troops is noble, but you cannot forget the mission.

Franks sat down with Stars and Stripes reporters Monday during a stop in Washington to promote his book, &#8220;American Soldier.&#8221;

The former head of the U.S. Central Command and retired Army four-star thinks balance is the key &#8212; the U.S. military simply cannot lapse back into a mind-set common in the wake of the 1996 Khobar Towers attack, in which 19 U.S. airmen were killed by truck bombers in a military housing complex in Saudi Arabia.

&#8220;I think it would be easy to say that actually, the behavior in Iraq is so fractious right now that the mission is force protection. That would be a mistake.

&#8220;And if I were counseling young commanders about to be on the ground in Iraq, I would tell them to soul-search, and to pay very close attention to their own view of how to balance force protection and accomplishment of the mission in this most dangerous place. Because you have to do both.&#8221;

Franks said the continuing instability in Iraq is the inevitable result of quick action that prevented even greater hardships for troops and for the Iraqi people.

He said that it is impossible to tell, without the benefit of a few years&#8217; hindsight, whether postwar planning or the sheer enormousness of the task is the reason for the continuing security problems.

&#8220;But I do know this: We would never have gotten a quarter of a million people staged for operation in Iraq and been able to get the job done through major combat as quickly as we did, because the Iraqis would&#8217;ve had at least the chance to destroy their own water infrastructure and flood the south, to destroy their own oil infrastructure, to shoot missiles into Saudi Arabia, into Israel, into Jordan, and so it&#8217;s very difficult to say, &#8216;Well, ya just shoulda had more people.&#8217;&#8221;

But more people seems to be a recurring theme in the Iraq situation. Critics have castigated the Pentagon for calling up high numbers of Guard and Reserves, extending tours for those in Iraq and even calling up troops from the Individual Ready Reserve.

Franks said, however, that while extensions are resisted, and when they happen, regrettable, even more painful to servicemembers and families would be the feeling that nothing good was coming of it.

Franks praised the media&#8217;s coverage of events in Iraq, citing Abu Ghraib as a particularly embarrassing but crucial story.

Franks said he intends to see the film, and said, &#8220;I do not believe that commanders should deny their troops the ability to see it.&#8221;

Franks told The Associated Press that the recent criticism of Democratic presidential candidate Sen. John Kerry by former Vietnam compatriots was hyperbole, saying Kerry was &#8220;absolutely&#8221; qualified to be commander in chief.

Kerry told Stripes on Friday that he believed that repairing the Bush administration&#8217;s &#8220;broken relationships&#8221; would be key to fighting the war on terror.

&#8220;And reporters on several occasions have asked me, &#8216;General, what do you think about being perceived as a bully? Not only you personally, but what do you think about the United States of America being perceived as a bully?&#8217; And I&#8217;ve said, and I&#8217;ll continue to say, when it comes to protecting my liberty and my grandkids, it works for me.&#8221;

Click here for a transcript of the conversation with Tommy Franks.

Tommy Franks is in the early stages of a 42-day press tour to support his book, which is currently No. 3 on Amazon&#8217;s bestseller list (updated hourly!).

Franks himself is just as upbeat.

Franks looked as if he was deep in thought for a moment, then burst out laughing.