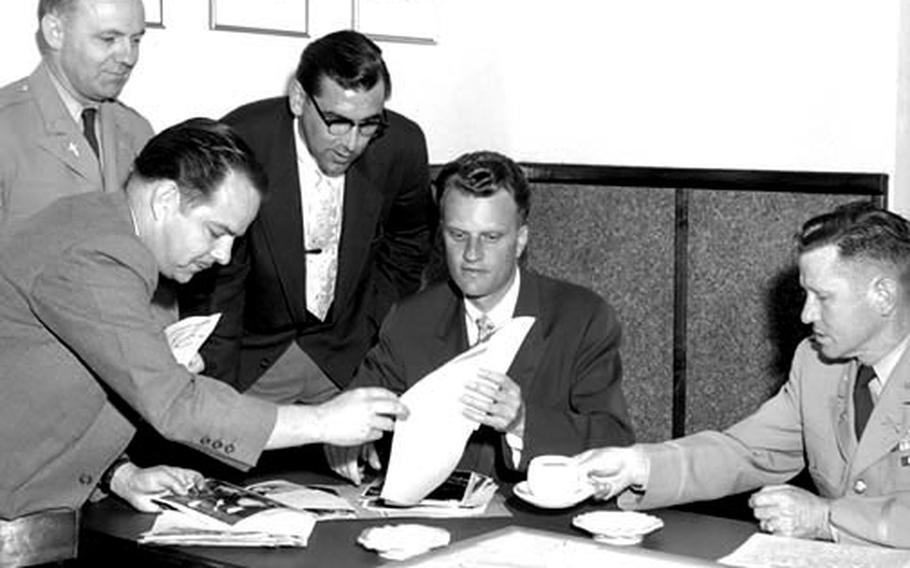 Rev. Billy Graham is shown some of the day's news photos during the evangelist's visit to the newspaper's production facility in Griesheim, Germany, in 1955. (Red Grandy / S&S)

Rev. Billy Graham is shown some of the day's news photos during the evangelist's visit to the newspaper's production facility in Griesheim, Germany, in 1955. (Red Grandy / S&S) 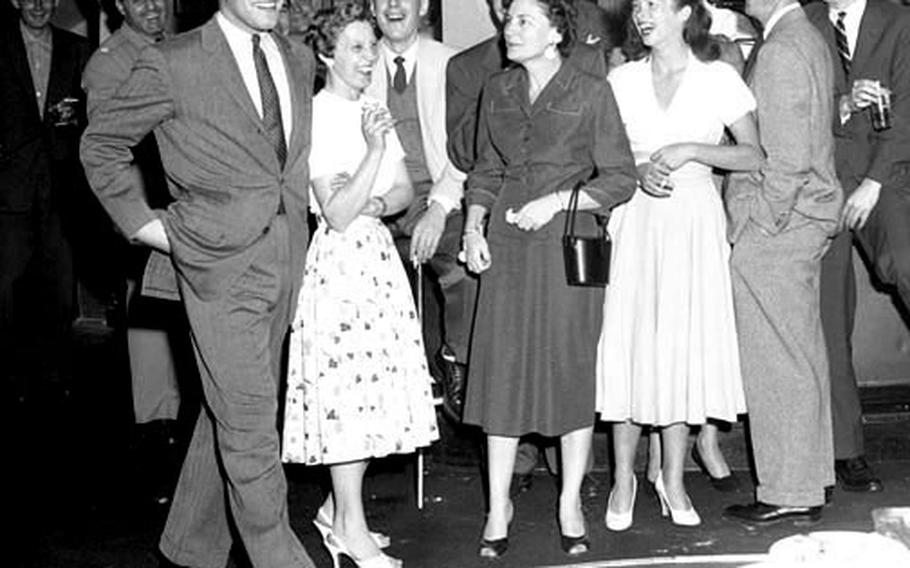 Lou Rukeyser gets a laugh from his friends and co-workers at Stars and Stripes as he strides into his 1956 going-away party at Griesheim wearing a helmet. Rukeyser — future host of the popular Wall Street Week financial show on PBS — edited the "B-Bag" soldiers&#39; gripes column during his time at Stripes. (Red Grandy / S&S) Stars and Stripes staffer Nick Raymond tries to go about his business editing copy despite the looming presence not only of his boss, Managing Editor Ken Zumwalt, but also of one of the heroes of the World War II Battle of the Bulge, Gen. Anthony C. McAuliffe, at Griesheim in 1955. (Merle Hunter / S&S) 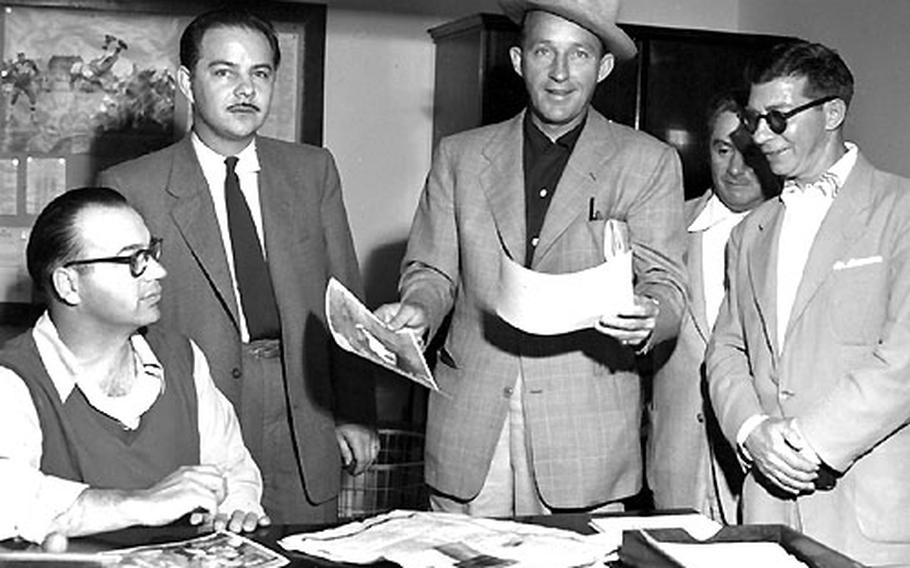 Bing Crosby visits the Stars and Stripes newsroom in Griesheim in 1953. (S&S) 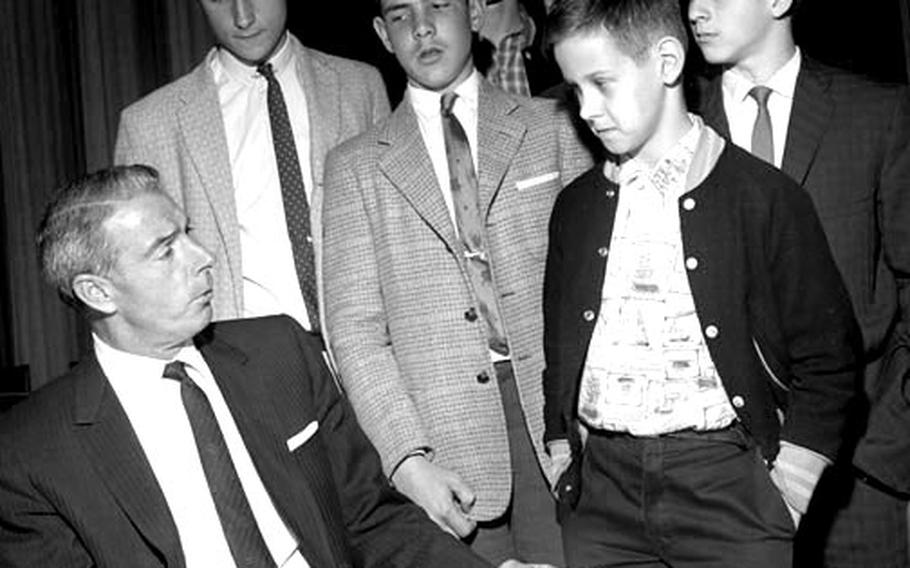 When word reached a nearby military housing area that Joe DiMaggio was visiting Stars and Stripes&#39; compound in May, 1962,, young baseball fans rushed over to meet the retired New York Yankees great. (Marty Gershen / S&S)

KAISERSLAUTERN, Germany &#8212; European Stars and Stripes moved its headquarters to Kaiserslautern this week after spending nearly six decades in the Darmstadt area.

"European Stars and Stripes is saddened to be leaving USAG-Darmstadt, our home for more than 60 years, but at the same time we&#8217;re excited about the prospect of integrating into the Kaiserslautern Military Community," said Lt. Col. Stephen D. O&#8217;Connor, the newspaper&#8217;s commander. "From our new location at Kleber Kaserne we&#8217;ll have the opportunity to better serve the local military community while continuing our excellent service to all U.S. forces in Europe and the Middle East."

The paper&#8217;s DSN lines are not yet working, but the main civilian phone numbers for the newspaper are: