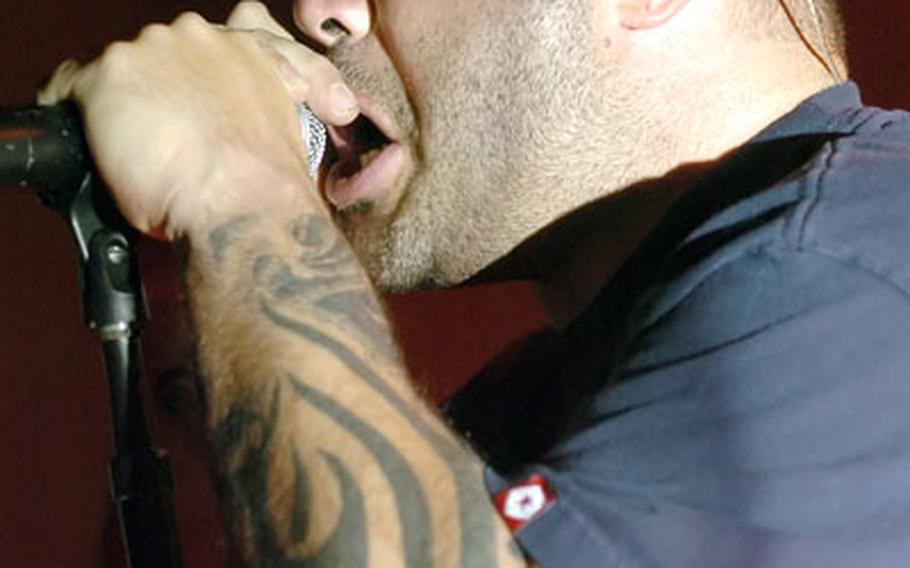 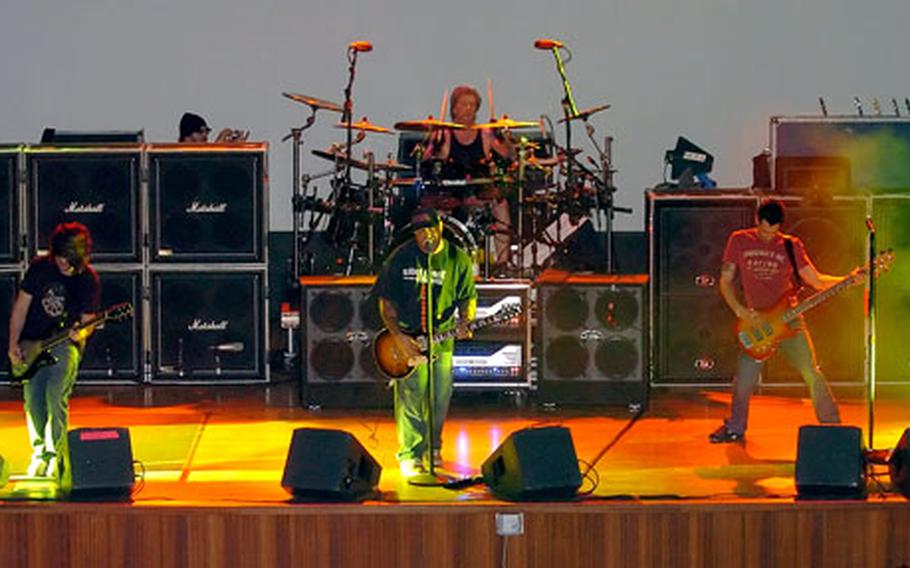 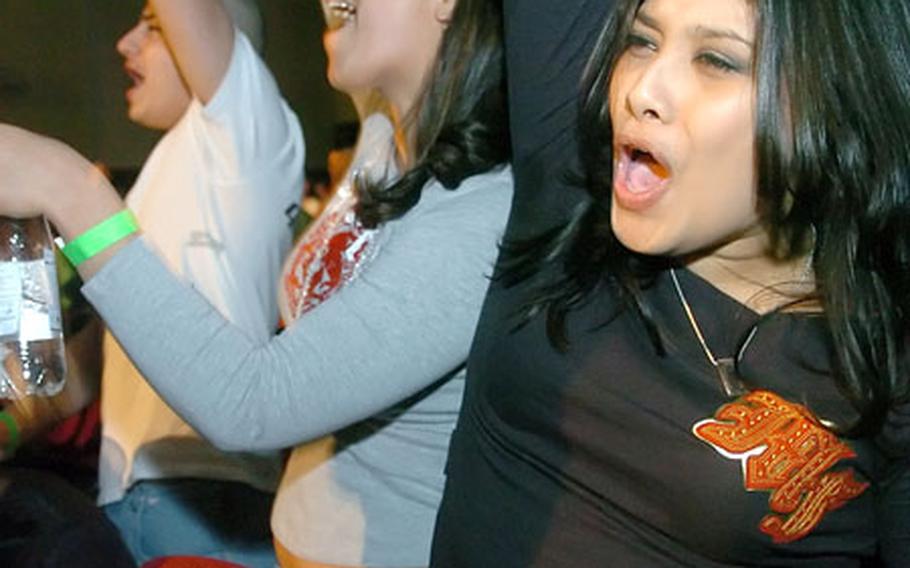 BAUMHOLDER, Germany &#8212; In a gesture of thanks to America&#8217;s troops, the band Staind blew through here Friday night, shaking the walls of the Wagon Wheel Theater at Smith Barracks with its signature blend of angst-ridden nu metal.

The quartet played a tight 16-song set that included new songs as well as the hits that made the enthusiastic audience fill up the small theater in the first place.

Seven hundred people &#8212; from children to wounded military personnel brought in from Landstuhl Regional Medical Center and given front row seats &#8212; rocked to Staind&#8217;s mix of melodic lyrics and metallic crunch. Judging by the crowd reaction, they were happy with what they got.

Favors, son of military retirees in Kaiserslautern, said Staind has &#8220;revolutionized the genre&#8221; by avoiding the cookie-cutter mentality of so many mainstream acts.

As the grown-ups chugged beer in honor of St. Patrick&#8217;s Day, and some kids in attendance mixed Pop Rocks and Pepsi, Capt. Paul Templeton of the 2nd Brigade, 1st Armored Division walked around providing security.

While the mix of music and beer was a slight concern for security staff, Templeton said he didn&#8217;t expect any problems Friday night.

Melissa Smith, whose husband is among those deployed with the 2nd Brigade, stood in line for two hours Monday to get tickets.

As the show ground on, the audience might as well have been back home in the States.

Girls got on their boyfriends&#8217; shoulders before security rushed over, and lighters went up when the band played its hit &#8220;So Far Away.&#8221;

The song&#8217;s bittersweet melody and lyrics seemed to strike a particularly poignant chord with an audience largely comprising spouses waiting to reunite with their loved ones deployed to Iraq and Kuwait.