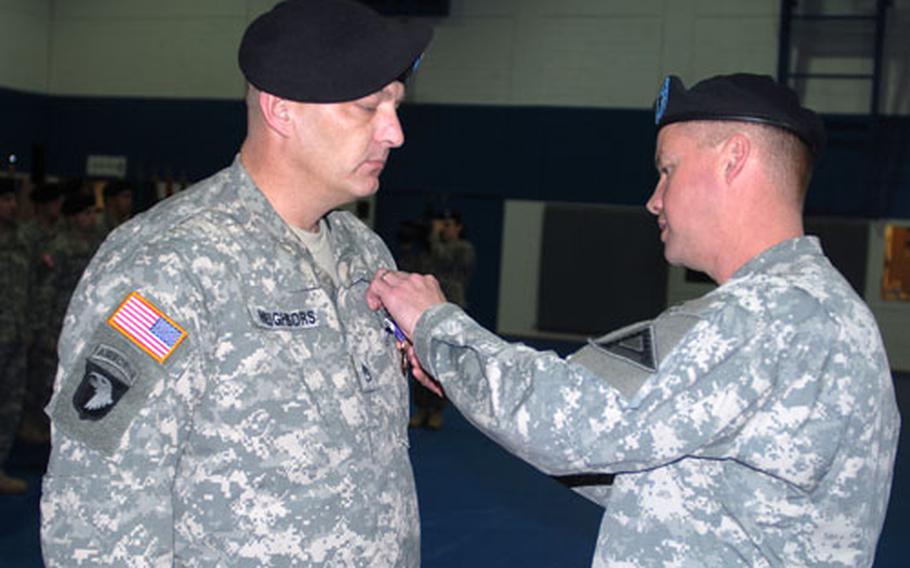 The only things that made Staff Sgt. Clifford Neighbors stand out from the other 84 National Police Training Team members who returned to Hohenfels on Thursday were the medals plastered across the front of his uniform.

The medals gave an indication of the horrific injuries he sustained last August when a sniper&#8217;s bullet pierced his arm, heart and both lungs in an attack in Baghdad. His Iraqi interpreter died during the attack.

&#8220;We had three IEDs (improvised explosive devices) go off and we started cordoning the area and calling [explosive ordinance disposal] because we found more [unexploded ordinance]. I was in the rear vehicle, and me and the interpreter got out. The next thing, shots rang out,&#8221; Neighbors recalled.

A bullet pierced his triceps and then went through his lung, heart and the other lung before exiting through his chest, he said.

After he was wounded, the infantryman &#8212; one of several training members wounded in Iraq last year &#8212; took shelter in a Humvee and gave first aid to his interpreter, he said.