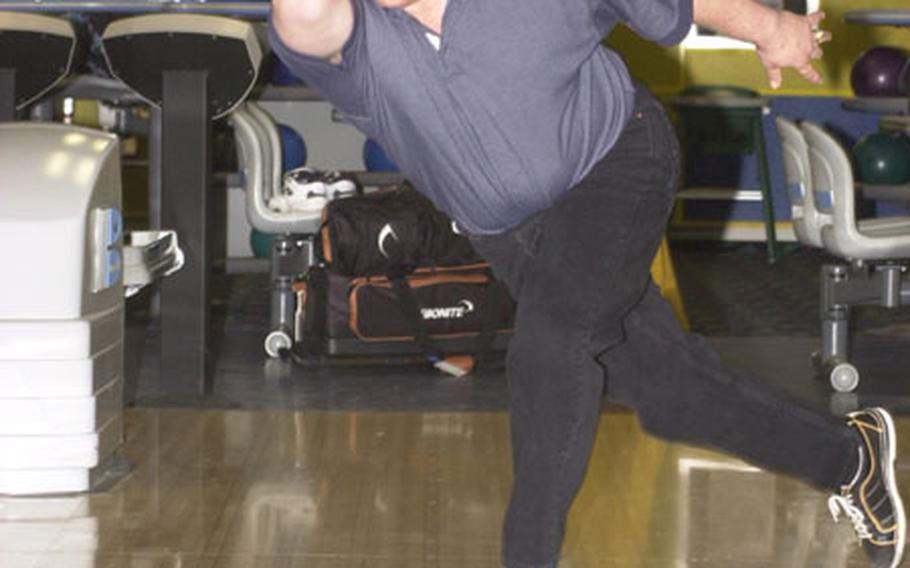 HEIDELBERG, Germany &#8212; Every good soldier considers himself a professional.

But Staff Sgt. Svet Vukomanovich is a pro in more ways than one.

By day he is the right-hand man of U.S. Army Europe Command Sgt. Maj. David Lady, the Army&#8217;s top enlisted leader in Europe.

And in what little spare time he gets as Lady&#8217;s administrative assistant, Vukomanovich blisters bowling lanes on the German professional bowling league.

With the broad shoulders and powerful legs of a running back who helped clinch the Florida state football championship his senior year of high school, Vukomanovich says bowling is more of a sport than most peoplerealize.

With a typical pro tournament pitting each competitor in up to 24 games a day, the challenge, he says, is maintaining the delicate finesse required to hurl the average 16-pound bowling ball down a 60-foot oiled hardwood lane to the precise spot needed to knock down all 10 pins. And do it over and over again.

Before turning pro, Vukomanovich won the German doubles championship in 1985 and garnered the singles cup a year later.

Continuing to hone his skills, he made the All-Army Team seven out of nine years between 1992 and 2000, competing in inter-service competitions. In 1995 he won the Armed Forces Championship, earning a seat on Team USA among the top 16 amateur bowlers in the United States.

&#8220;It was a very exciting time,&#8221; he says of the five months he spent touring with the team, competing in Central and South America, the United States and Canada.

With entry fees, hotel bills and other travel expenses quickly adding up with every weekend tournament, Vukomanovich says he&#8217;s glad just to break even.

These days, there&#8217;s not a lot of time for his passion. A tournament every few months is about all he has room for.

For aspiring up-and-comers, however, he has some advice.

As in marksmanship, he says, what separates the merely good from the professional is perfecting the fundamentals.

&#8220;You have to target your training to different aspects of the game,&#8221; he says. &#8220;Spend a day just working on balance, or your arm swing or your eye-to-lane coordination. If you&#8217;re having problems getting spares, shoot an entire game going after nothing but the ten pin.&#8221;

The $3,500 first-place prize for the Gold Cup tournament in Regensberg, Germany, in July, will have Vukomanovich out honing his own skills in the coming weeks.