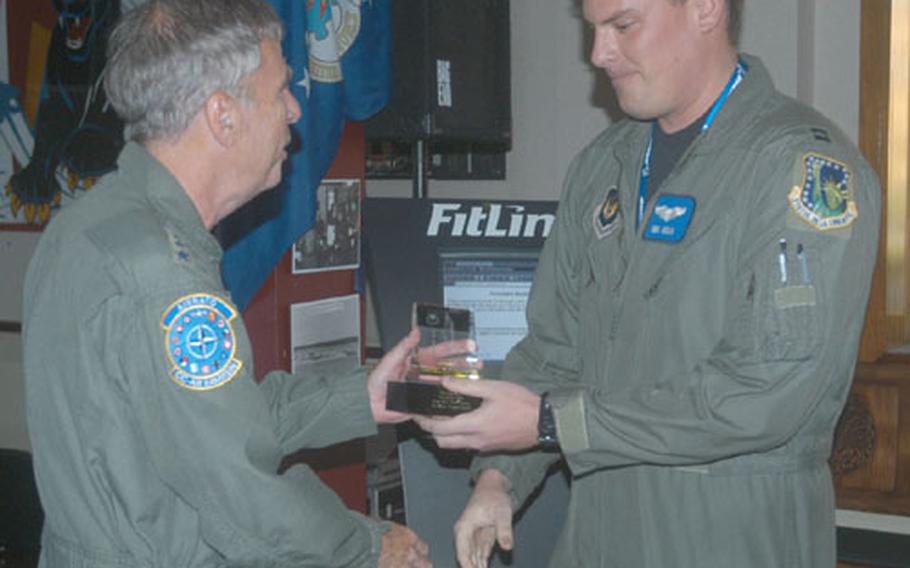 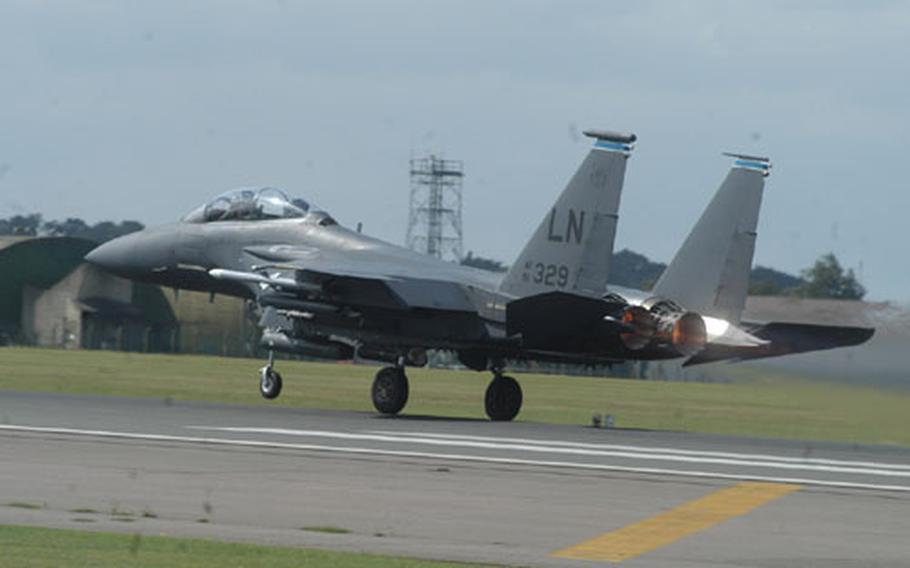 An F-15E Strike Eagle from the 492nd Fighter Squadron at RAF Lakenheath, England, takes to the air Wednesday afternoon to compete in a bombing competition known as Excalibur. Squadrons representing Spangdahlem Air Base, Germany, and Aviano Air Base, Italy, as well as two Royal Air Force squadrons, are joining those from RAF Lakenheath, in the two-day competition that ends Thursday. (Ron Jensen / S&S) 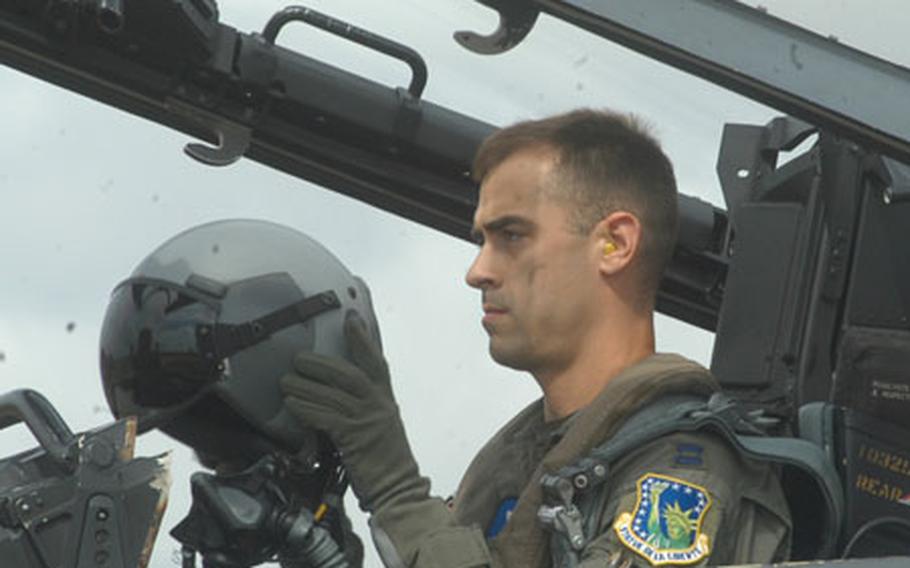 RAF LAKENHEATH, England &#8212; The tone for the Excalibur bombing competition awards ceremony Thursday was set when Brig. Gen. Mark T. Matthews, who commands the F-15s of the 48th Fighter Wing, introduced his boss.

The entire awards ceremony, held at the Eagles&#8217; Landing officers club at RAF Lakenheath, was a festival of jokes and good-natured ribbing from guys known by names such as Smokin&#8217; and Tater.

This seemed to please Foglesong, who said the competition, which he decided to resurrect barely two months ago, was as much about bonding as bombing.

Squadrons from Aviano Air Base, Italy and Spangdahlem Air Base, Germany, joined with those from RAF Lakenheath, and two from the Royal Air Force to test their skills against each other at two training ranges in England. They were judged on accuracy, but also how well they stayed within given parameters as they dropped dummy bombs on a target.

But Foglesong said everyone in the room was a winner in his eyes.

&#8220;This should be about aviators getting together with their maintainers and doing what we do best,&#8221; he said from the podium in Eagles&#8217; Landing.

Before the ceremony, he said in an interview that the event was also good training.

But, he said, the best part of the event might be the chance for fighter pilots from various squadrons throughout USAFE to meet and exchange ideas and experiences.

Foglesong&#8217;s hope is that the competition will become a staple in the USAFE schedule and will include aircraft from various European allies.