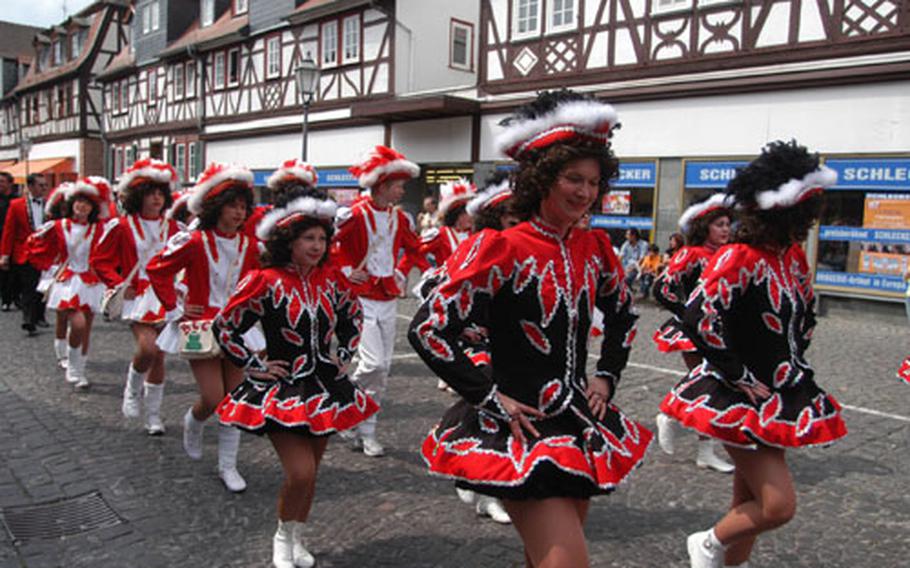 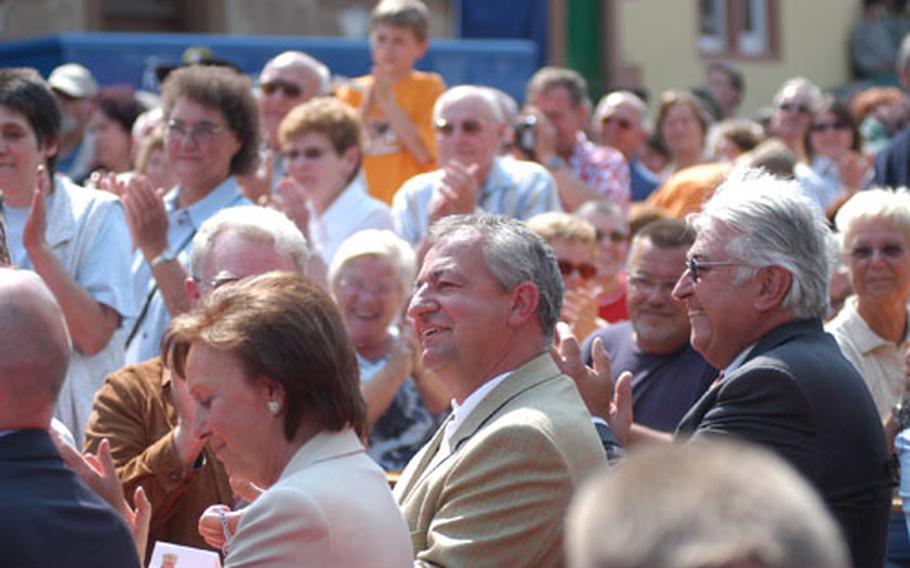 Budingen residents laugh after participating in the cavalry yell at a party the city threw Saturday for the soldiers of 1st Squadron, 1st U.S. Cavalry Regiment. (Matt Millham / S&S) 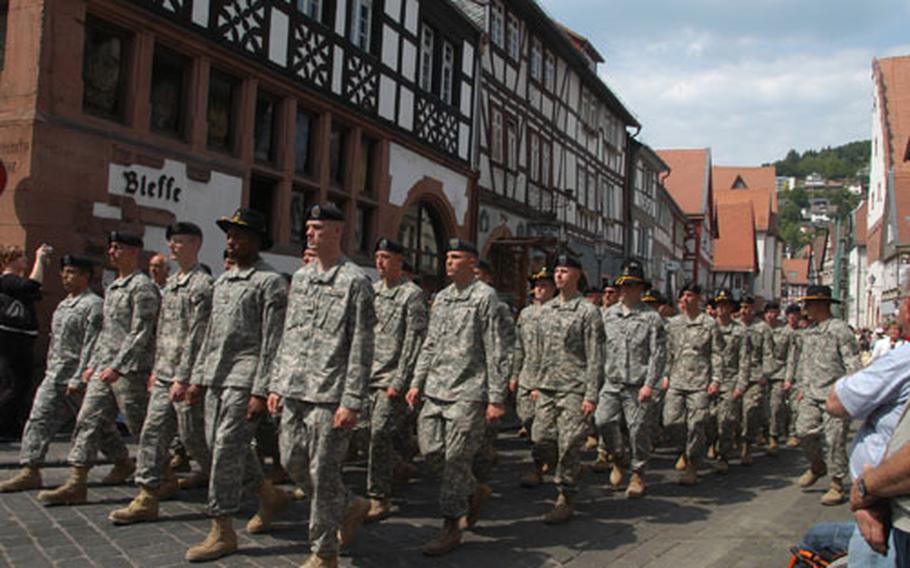 B&#252;DINGEN, Germany &#8212; The difference between goodbye and auf Wiedersehen is measured in liters.

Make that liters of beer.

This city, a home to U.S. forces for 62 years, threw a German-style going-away gala Saturday for the troopers of 1st Squadron, 1st U.S. Cavalry Regiment, which recently inactivated as part of the Army&#8217;s force restructuring. The inactivation also marked the end of the U.S. stay in the city.

The party, paid for by the city, answered the question of how to say goodbye to American cavalry troops.

Thousands of local residents and virtually the entire squadron and its family members showed up to see the American troops parade along with German officials and local clubs through the city&#8217;s cobbled streets and medieval gate, and to enjoy the feast that followed.

The jubilant mood was a far cry from the apprehension the townsfolk felt as U.S. troops entered the city near the end of World War II.

American troops rolled into the town without harming the people or the city, and there are quite a few B&#252;dingers alive today who remember that, Spamer said.

Spamer and the people of his scenic city have reciprocated that friendship over the years, making B&#252;dingen &#8220;the best-kept secret in the Army,&#8221; Lt. Col. Matthew McKenna, the squadron&#8217;s commander, told the crowd.

Saturday&#8217;s celebration was a final &#8220;thank you&#8221; for U.S. troops, who officials here say freed them from the fascist Nazi regime and protected them from the Soviet Union until it collapsed in 1991.

As his soldiers began to dig into the beer and bratwurst, McKenna presented Spamer with a saber and Stetson &#8212; symbols of the U.S. cavalry units that had been stationed in the city over the years.