Squadron thanks E.C. Killin students for letters to Iraq Diane LaMarr&#39;s second-grade class at E.C. Killin Elementary School on Camp Foster, Okinawa, poses for a picture Friday with the airmen they corresponded with in Iraq. (Megan McCloskey / S&S)

Diane LaMarr&#39;s second-grade class at E.C. Killin Elementary School on Camp Foster, Okinawa, poses for a picture Friday with the airmen they corresponded with in Iraq. (Megan McCloskey / S&S) 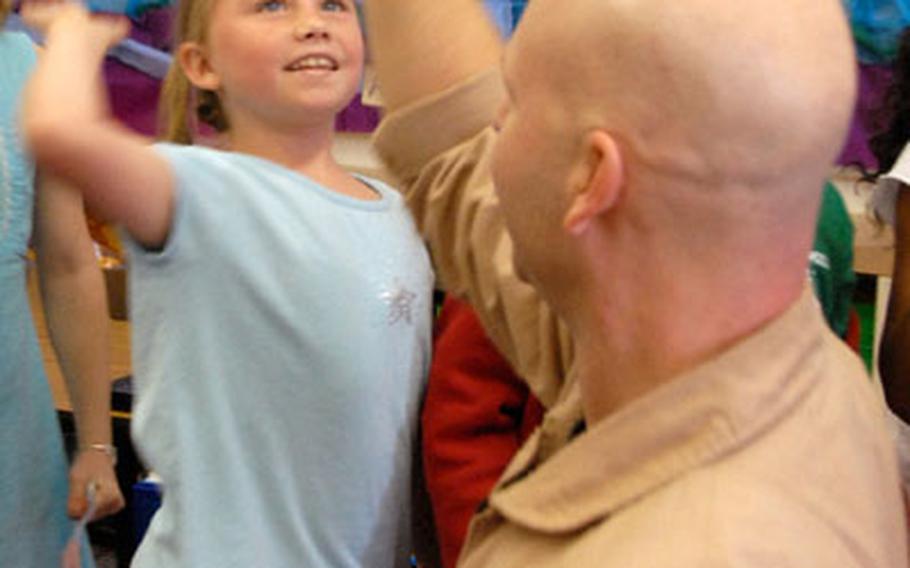 Tech. Sgt. Chris Neufeld gets down on his knees to give Hannah Barker a high-five Friday. Barker and the other third-graders in her class at E.C. Killin Elementary School at Camp Foster, Okinawa, lined up for the fives after meeting the airmen they wrote to in Iraq. “They were very excited to be able to reach out to the troops,” third-grade teacher Beth McCarty said. “Most of them have parents who have been deployed at sometime, so they had that connection.” (Megan McCloskey / S&S) 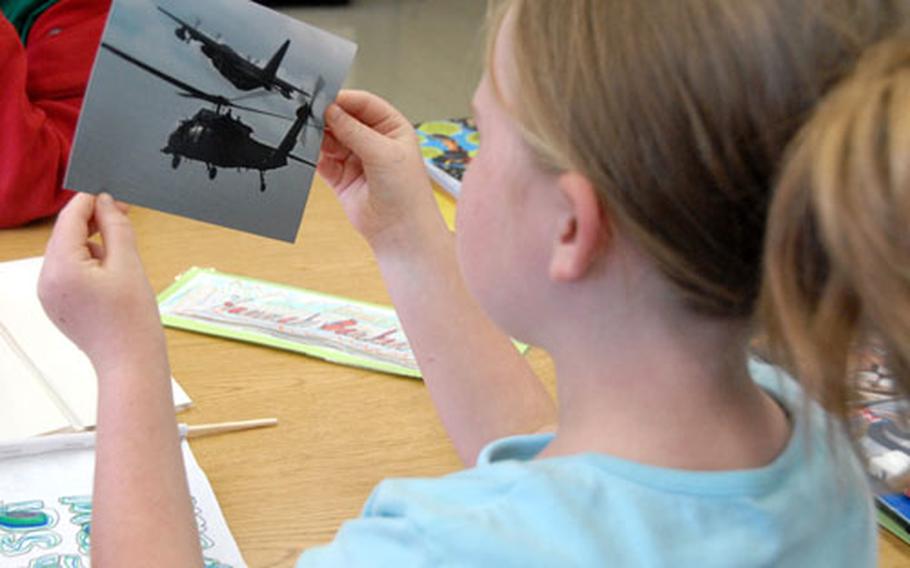 Hannah Barker, 8, a third-grader at E.C. Killin Elementary School, looks at a photo of a plane refueling a helicopter. The photos were passed around Friday by airmen with 17th Special Operations Squadron who corresponded with the kids during deployment. (Megan McCloskey / S&S) 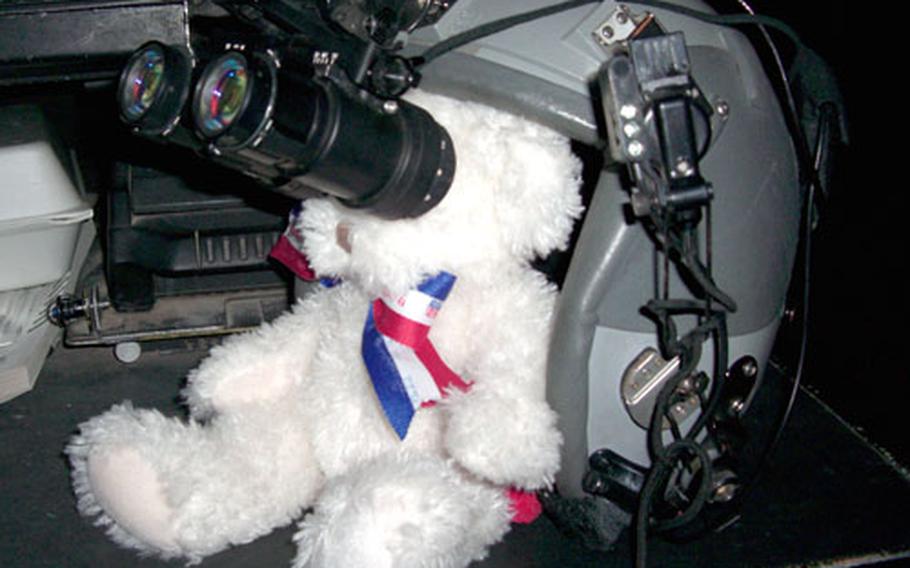 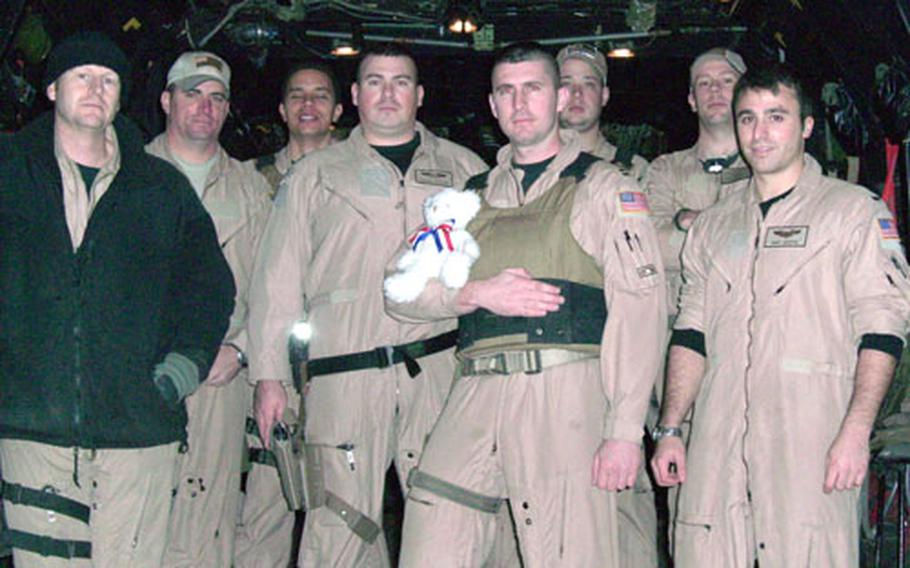 The aircrew of Kadena Air Base, Okinawa&#39;s 17th Special Operations Squadron, with whom E.C. Killin Elementary School students corresponded, pose in Iraq with a stuffed bear sent to them by the students. (Courtesy of Capt. Adam Taylor)

CAMP FOSTER, Okinawa &#8212; Giggles sprang from second-graders when they were shown the picture. There was the stuffed bear they had sent to Iraq, decked out in night-vision goggles and sitting in the cockpit of a plane.

Along with other students at E.C. Killin Elementary School, the second-graders had sent homemade cards to a Kadena-based aircrew deployed to Iraq.

And on Friday they met their pen pals.

The MC-130P Combat Shadow pilot and seven others on the crew from Kadena&#8217;s 17th Operations Squadron flew resupply and refueling missions out of Balad, Iraq. They deployed the day after Thanksgiving and returned about a week and a half ago.

Bingham is married to the school&#8217;s nurse, Elssy Bingham, who asked the teachers if their classes would be interested in sending well wishes.

Diane LaMarr said her second-grade classes over the years have written to President Bush without getting a response, so they were ecstatic to receive a reply from the airmen.

The crew took an American flag on a mission with them Christmas Day and sent it to the school along with a letter of thanks for the cards, which the airmen have kept.

The flag now is framed in a shadow box at the school&#8217;s entrance.

First Lt. Mike Shahen said they also got letters from a school in Phoenix whose students sent mail to the unit they were augmenting in Iraq, but the ones from Killin were more personal.

Tech. Sgt. Chris Neufeld said when the cards were delivered it was like a special mail call, with Bingham handing out letters to each guy.

They would sit around joking about what the kids wrote to them.