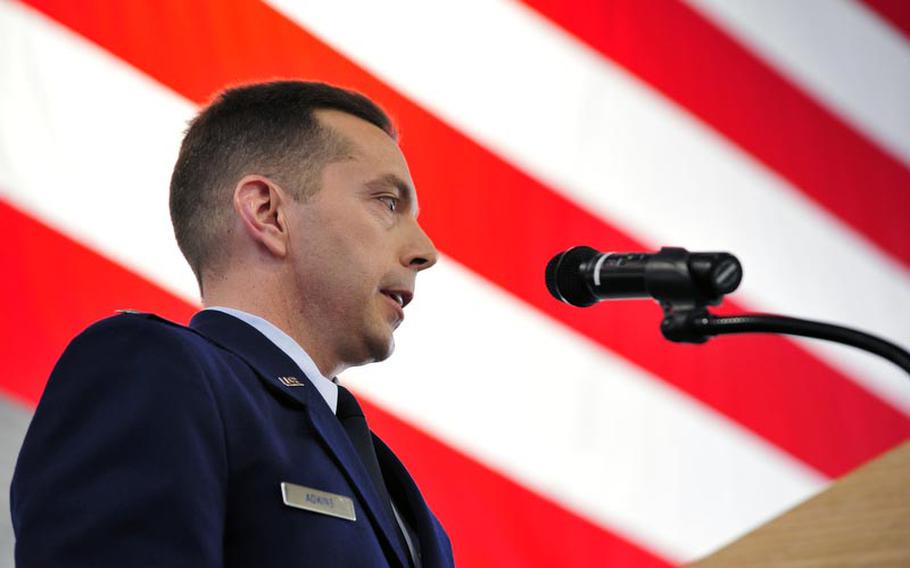 STUTTGART, Germany &mdash; A squadron of airmen with key skill sets, including air traffic control and civil engineering, is preparing for a mission to train air forces in Africa to deliver supplies and large numbers of troops into conflict zones.

The New Jersey-based 818th Mobility Support Advisory Squadron was established in April and is expected to become operational later this year in support of U.S. Africa Command, according to Air Force officials.

The squadron, which operates under the 621st Contingency Response Wing at Joint Base McGuire-Dix-Lakehurst, will provide training in loading peacekeepers onto aircraft, setting up air traffic control and using aerial intelligence gathering tactics, officials said.

&ldquo;It is going to be very useful. We&rsquo;ve struggled in the past a little bit by not having assigned forces,&rdquo; said Col. David Poage, director of plans and strategy for the 17th Air Force, based in Ramstein, Germany. &ldquo;It&rsquo;s a step in the right direction.&rdquo;

While not formally assigned to AFRICOM, the squadron has been formed to conduct missions primarily in Africa, with a focus on building the air mobility capacity of African militaries, Poage said. The training, which doesn&rsquo;t involve flight instruction, covers the support skills required to deliver resources and personnel to remote locations.

Though missions have yet to be doled out, the main focus will likely be on lending assistance to nations that have militaries taking part in United Nations and African Union peacekeeping missions, such as the current AU mission in Somalia, Poage said.

Since April, the 818th squadron unit has been developing skills as teachers and mentors; learning French, spoken in many African countries; and getting crash courses in the cultures of the region, according to its commander, Lt. Col. Thom Adkins.

In addition, the squadron is getting training in high-threat driving techniques and self-defense.

&ldquo;When all is said and done we&rsquo;ll have 76 trained airmen,&rdquo; Adkins said.

The formation of an Africa-focused squadron is yet another sign that the military is looking to do more in Africa. In recent months, AFRICOM has added an Africa-focused Navy Special Warfare Unit, and the Marines have authorized a task force focused on training militaries to counterterrorist groups across the northern part of the continent and around the Horn of Africa.

&ldquo;We see value in the development of units and organizations that have institutional familiarity with Africa&rsquo;s unique regional issues, as well as an ability to develop relationships with partners,&rdquo; Ken Fidler, an AFRICOM spokesman, said in a prepared statement.

Meanwhile, the New Jersey airmen are looking forward to getting their orders, Adkins said.

&ldquo;The environment in my squadron is definitely of high enthusiasm,&rdquo; Adkins said. &ldquo;We can&rsquo;t wait to get started.&rdquo;