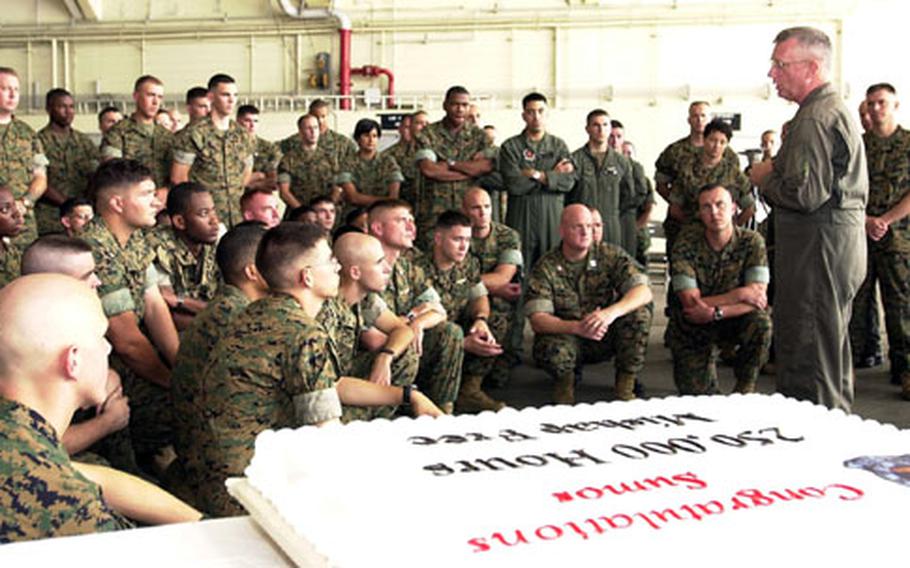 Keeping the planes and crews safe in the air is the job of the Marines who maintain the aircraft. Worden said they all are intelligent people who are trained well and led well.

The unit flies about 470 hours each month, Worden said, and for every hour of flight time, about 21 maintenance hours are put into the planes on the ground.

On Thursday, the unit celebrated the milestone in one of its hangars. Brig. Gen. George Trautman, 1st Marine Aircraft Wing commanding general, spoke to the Marines about the accomplishment.

While Trautman praised them for the achievement, he then challenged them to think about how the next mishap could happen and what they could do to prevent it.