‘Spur Rides’ force soldiers to put it all together 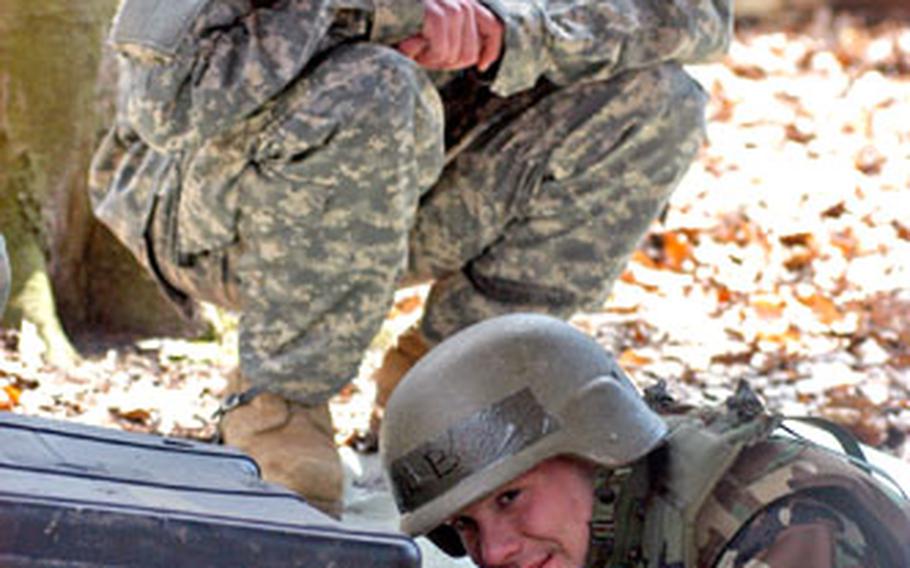 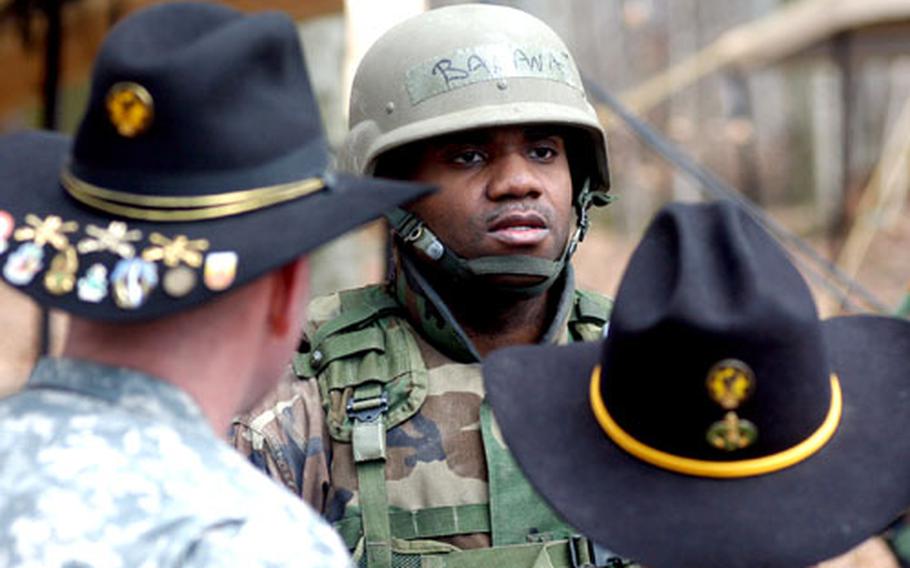 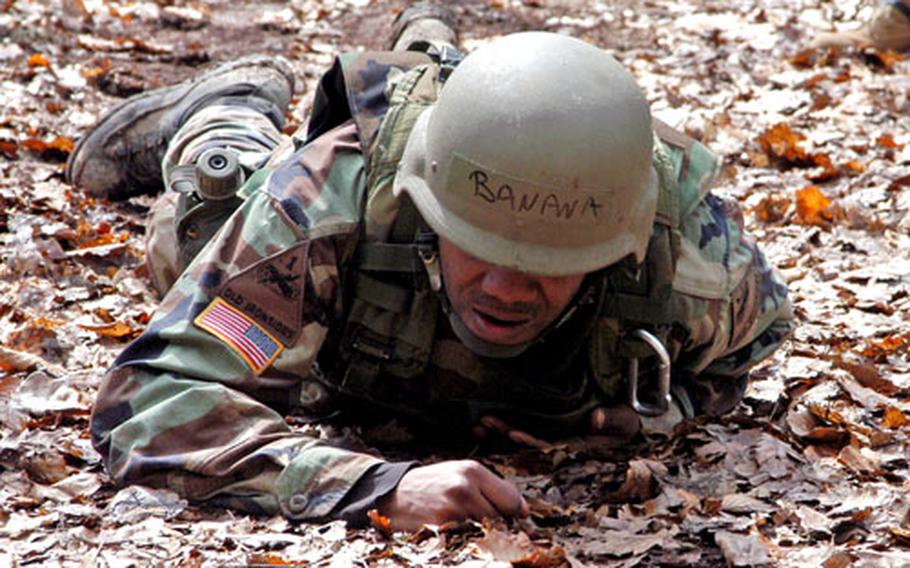 Staff Sgt. Malcolm Coley works his way up a hillside in a low crawl at one of the stations of the spur ride. (Michael Abrams / S&S) 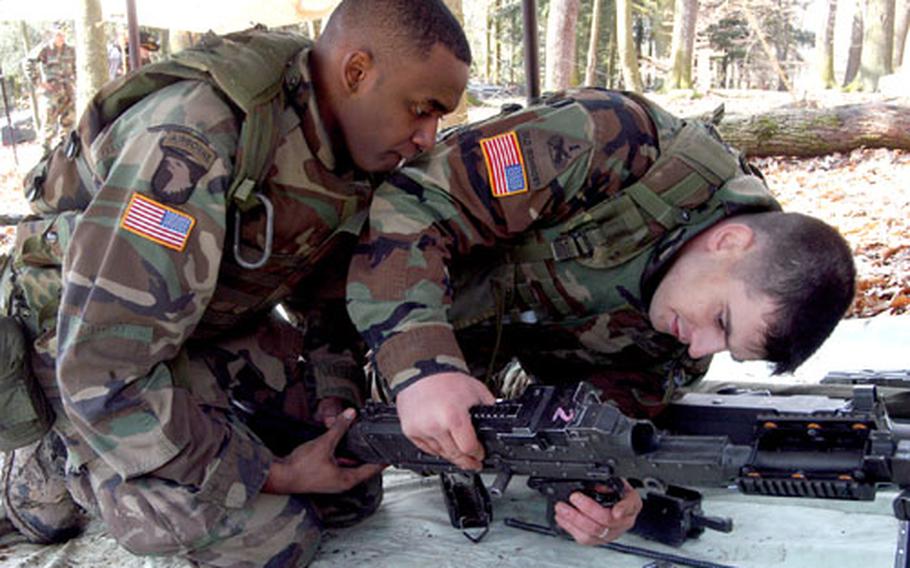 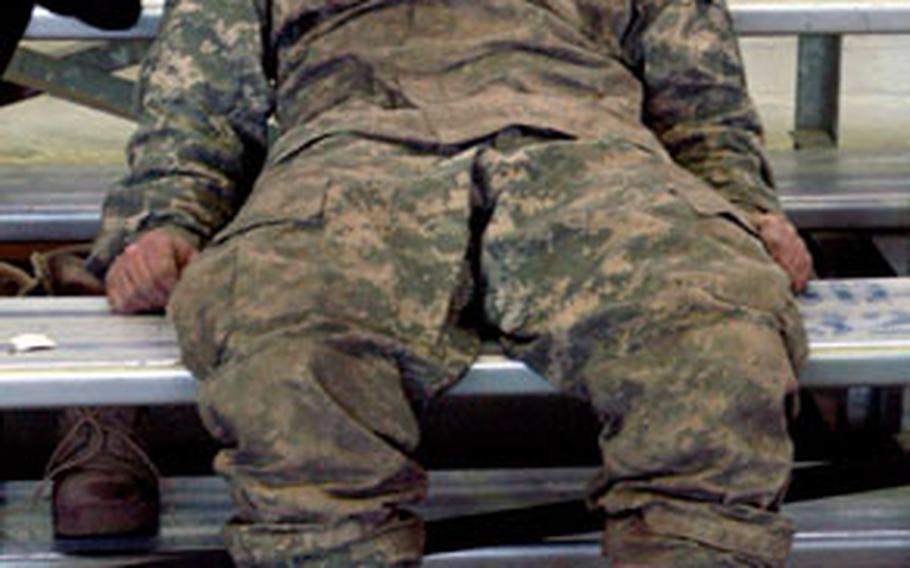 &#8220;You got a casualty behind you, the enemy is at the gate and you can&#8217;t put your gun together,&#8221; Wilburn thundered as he stood over the 21-year-old, who was sprawled out on a woody hillside overlooking a picturesque German town.

Of course, there was no casualty or enemy. But that didn&#8217;t stop Wilburn and other supervisors at this location from putting the verbal screws to Walton and his battle buddy, Staff Sgt. Malcolm Coley. Their group also included Capt. Nick Schenck and Sgt. Marcus Trammell.

Tuesday marked a rite of passage for about three dozen soldiers assigned to 1st Squadron, 1st Cavalry Regiment in B&#252;dingen. After more than 30 hours of traipsing more than 20 miles across the nearby countryside performing various tests and tasks, they were nearing the end of their &#8220;Spur Ride.&#8221;

The Spur Ride is rooted in a tradition that harks back to the era of knights on horseback. Today&#8217;s cavalrymen ride into harm&#8217;s way aboard tanks and other armored vehicles, but the custom of awarding spurs to &#8220;mounted&#8221; soldiers who display initiative, knowledge and endurance continues, as it did Monday and Tuesday in B&#252;dingen.

This Spur Ride involved several tasks that had to be performed as teams hiked with 40 to 50 pounds of gear among the nine stations that made up the course. The areas of expertise ranged from fire support and small-arms assembly to medical care and communications. At one station, soldiers had to get water, five-gallon containers of fuel and ammunition up a steep embankment.

Participants set out on their rounds well before sunrise Monday, with most getting little or no sleep heading into the final tasks early Tuesday afternoon.

Along the way, &#8220;spur holders&#8221; were there to guide and grill the candidates, many of whom were lugging rocks or some other object given to them by their sponsor. (Last year, a lieutenant had to carry an alarm clock because he showed up late.)

Soldiers vying for their spurs spoke often of the tradition associated with being in a cavalry unit.