Spouses in Germany have own predeployment training 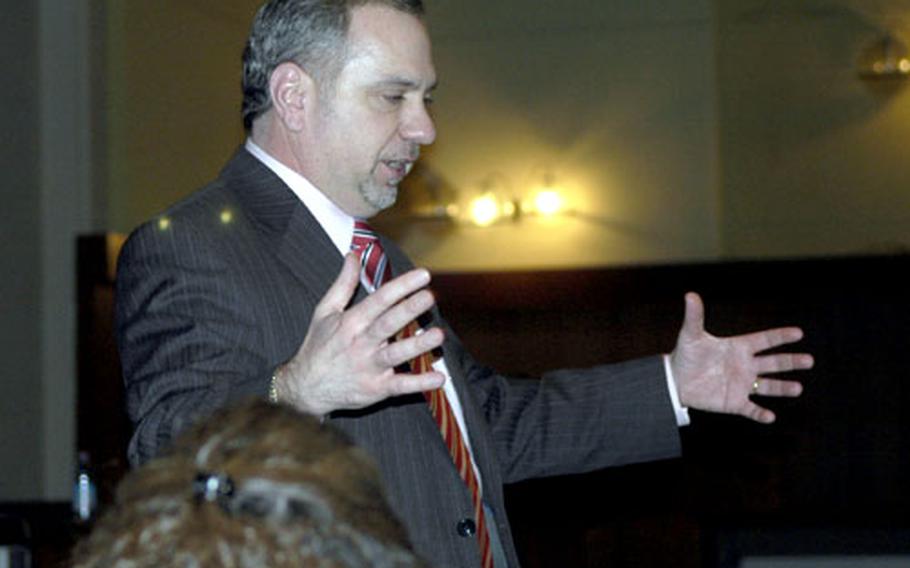 Dan Furlano, a manager of deployment-related issues at Baumholder&#39;s Army Community Services office, tells spouses about some of the things they can expect during the 2nd Brigade, 1st Armored Division&#39;s upcoming 15-month deployment to Iraq. (John Vandiver / S&S)

Dan Furlano, a manager of deployment-related issues at Baumholder&#39;s Army Community Services office, tells spouses about some of the things they can expect during the 2nd Brigade, 1st Armored Division&#39;s upcoming 15-month deployment to Iraq. (John Vandiver / S&S) 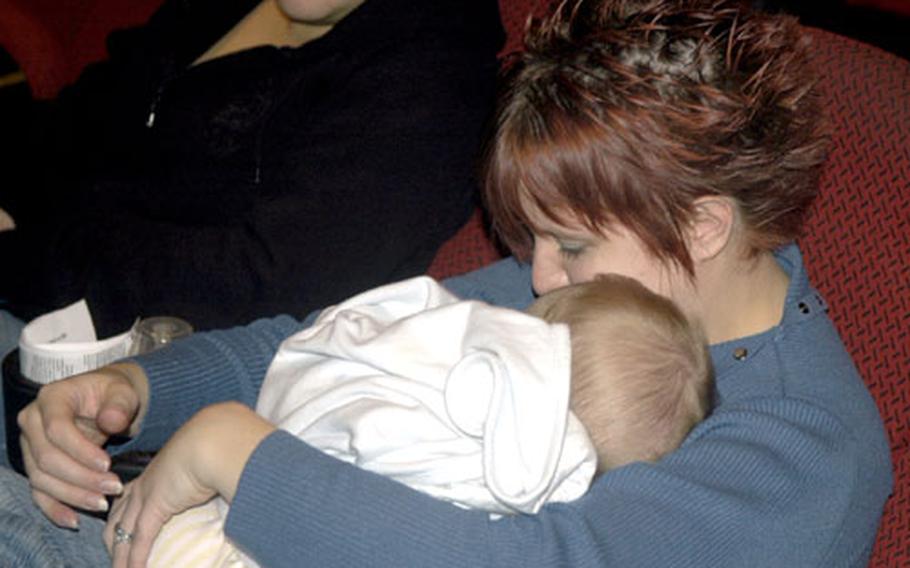 Rebecca Boglioli, a spouse from the 1st Battalion, 35th Armored Regiment, holds 7-month-old son, David, while listening to tips for managing the household while her husband is gone. (John Vandiver / S&S)

BAUMHOLDER, Germany &#8212; Jeannette Morales already has been through four deployments as a soldier&#8217;s spouse, but on Tuesday morning she was among the Army wives getting the lowdown on what to expect during the 2nd Brigade, 1st Armored Division&#8217;s looming mission in Iraq.

Even for spouses experienced with the rigors and emotional strain of a deployment, such meetings continue to play an important role in preparing for what&#8217;s ahead, according to Morales.

Army Community Services in Baumholder conducted a series of presentations Tuesday aimed at helping spouses prepare. The program &#8212; Spouse Battlemind Training &#8212; is an introduction to the various psychological and practical concerns that typically arise during a deployment.

Then make a plan with your spouse, she continued.

For instance, make sure a strategy is in place for managing the finances, handling the extra income earned downrange and getting the bills paid. The more planning the better since household chores once divided no longer will be, Ledbetter said.

Also be prepared for sporadic communication once a soldier is downrange, and make the most of those conversations when connections are made. And be sure to cultivate a support network of friends who can be relied on during hard times, Ledbetter said.

The presentation also dealt with what to expect when soldiers return home. Simply picking up where things left off 15 months earlier is an unreasonable expectation, said Dan Fur- lano, ACS&#8217;s manager of deployment-related issues.

&#8220;No soldier comes back untouched,&#8221; said Furlano, noting that feelings of detachment are commonplace and are to be worked through in time.

But the soldiers aren&#8217;t the only ones who will be changed.

Rebecca Boglioli, a 1st Battalion, 35 Armored Regiment spouse going through her first deployment, said the meeting helped her focus on what needs to get done between now and the brigade&#8217;s 2008 deployment.

But the biggest concern, she said, is the impact her husband&#8217;s 15-month deployment will have on her 3-year-old daughter.