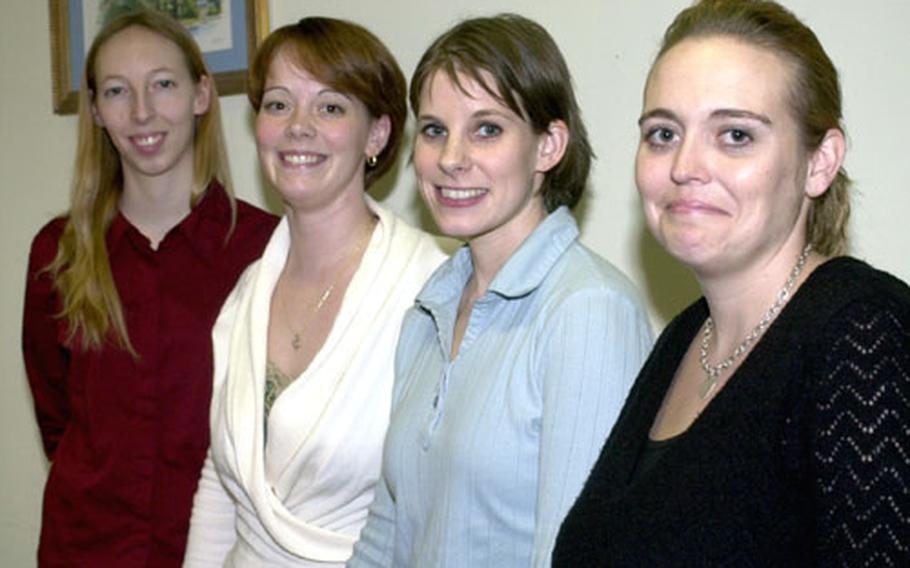 BAUMHOLDER, Germany &#8212; When soldiers with the 2nd Brigade, 1st Armored Division left Germany for Iraq in November, they were ready for war.

They trained for weeks for the unit&#8217;s second deployment to the country, while their spouses prepared for the long separation and the angst that naturally comes with having a loved one sent into a combat zone.

When those plans changed and the unit&#8217;s orders kept them in Kuwait instead of Iraq, spouses said it brought guarded relief to families and mixed feelings for the soldiers primed for action.

Susanne Crosby, whose husband is a staff sergeant with the 1st Battalion, 6th Infantry Regiment, said she doesn&#8217;t have to worry as much about something bad happening to him.

As part of a move to reduce the number of forces in Iraq, the Pentagon announced before Christmas that the Baumholder brigade would remain as a back-up force to coalition forces over the border. There are about 140,000 American troops in Iraq.

For some family members, it was like an early Christmas present.

While many spouses knew before the bulk of the soldiers left Nov. 10 that staying in Kuwait was a possibility, a small group of spouses who sat down with Stars and Stripes said they are glad their husbands are in a much safer area but they understand things can change.

When soldiers from the base deployed to Iraq in 2003, they didn&#8217;t come home until 15 months later due to an extension. Spouses who have husbands on their second deployment to the Middle East are wise enough to know that nobody knows exactly when everybody will be home or whether they will serve the majority of their time in Kuwait.

Margaret Kuzma, whose husband is the executive officer for the 2nd Battalion, 6th Infantry Regiment&#8217;s Company C, said that for the moment, she&#8217;s comforted he is in Kuwait, where she can talk to him more often by cell phone and not worry as much.

Their husbands feel slightly differently, the women said. After training for weeks to go to Iraq, they are in Kuwait doing more of the same training.

Lorelei Hilton said her husband, a Bradley mechanic with the 1st Battalion, 6th Infantry Regiment, is happy he&#8217;s in Kuwait.

Crosby, who is from Germany and married her husband, David, four years ago, said there are two ways soldiers can look at the situation.

Spouses said after talking to their husband, they got the feeling the biggest battle many of the soldiers are facing is boredom.

Kuzma&#8217;s husband, Peter, thought morale would plummet when it became official that they would be staying in Kuwait, she said.

To some family members, there is little distinction between Iraq and Kuwait. No matter where they are in the world, they&#8217;re not at home, and that&#8217;s what is important.

Colleen Nutter said her 4-year-old son doesn&#8217;t understand the difference. On Christmas morning, they used their Web cam so her husband could see their son open his presents. Whether his father is in Kuwait or helping battle insurgents in Iraq, his boy wants to know one thing: When is daddy coming home?

But his mom does.