Spouses' day at Aviano gives families a chance to relax 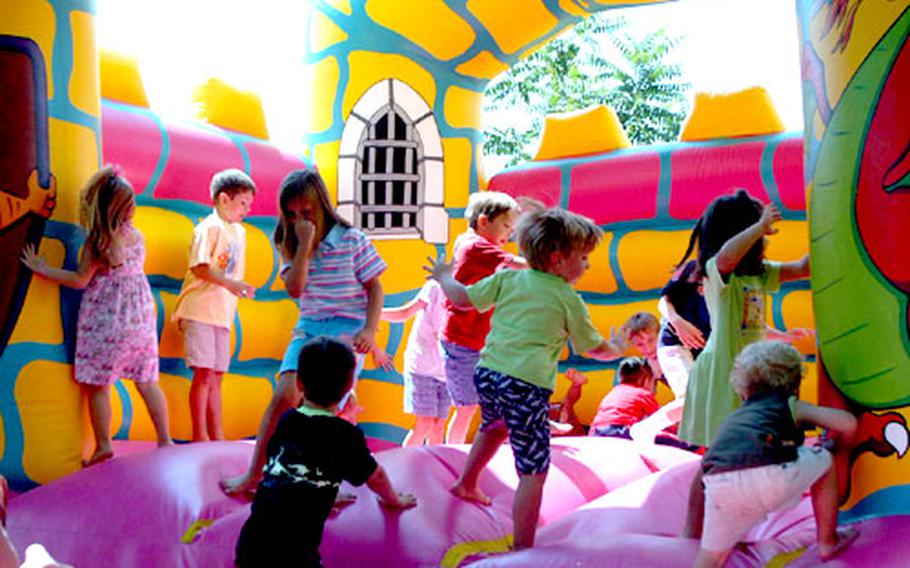 Wednesday was "Spouse It Up" day for folks at Aviano Air Base, Italy, but it looked like the kids were having the most fun. Here, a handful of them jump in an inflatable castle. (Kent Harris / S&S)

Wednesday was "Spouse It Up" day for folks at Aviano Air Base, Italy, but it looked like the kids were having the most fun. Here, a handful of them jump in an inflatable castle. (Kent Harris / S&S) 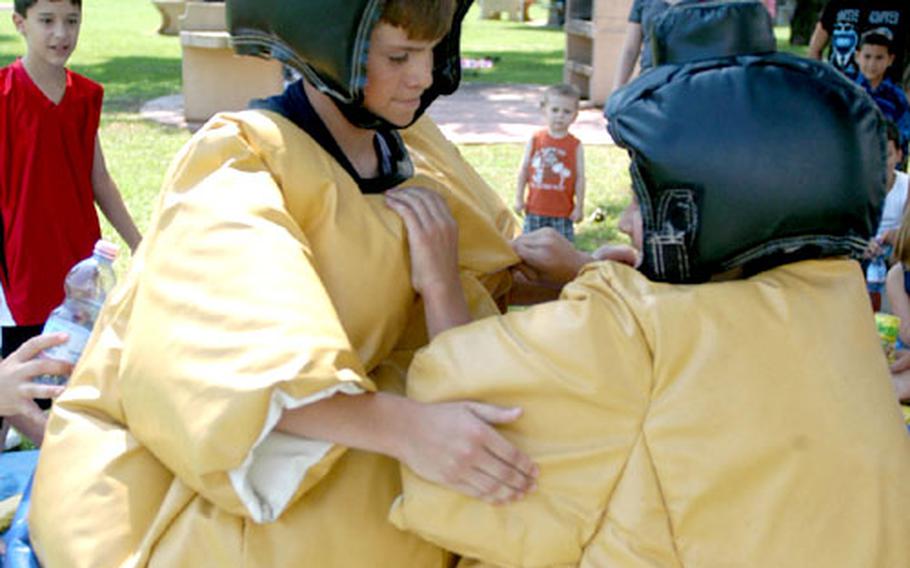 AVIANO AIR BASE, Italy &#8212; Wednesday was designated spouses&#8217; day at Aviano Air Base, but someone apparently forgot to tell the kids. They were the ones who appeared to be having the most fun.

But then, with school out for the summer, just sitting down to eat a hamburger for a few relatively quiet seconds while the kids played with friends may have been enough for some spouses.

Barb Yates, whose husband took command of the 31st Fighter Wing last month, was one of the organizers.

The base, with the help of agencies such as the Family Support Center, is planning to have an event of some kind for spouses every month. Yates said they wouldn&#8217;t always be large barbecues with activities for kids.

There are currently about 700 airmen stationed at Aviano who are deployed. Many of those, including members of the 510th Fighter Squadron and 603rd Air Control Squadron, are involved in operations in Southwest Asia.

And eat. Burgers and hot dogs went as fast as those on the grills could produce them.

Of course, the kids seemed more interested in playing than eating. They tossed water balloons, said hello to Sparky the Fire Dog, donned fake sumo costumes and jumped in an inflatable castle.

While her daughters Mallory, 5, and Marissa, 3, jumped, Michelle Brennan stood watching and holding a plate with a pair of hot dogs. Brennan, whose husband manages the base exchange, somehow ditched the plate a few minutes later and played heroine &#8212; diving into the suddenly deflating castle to make sure none of the youngsters were smothered.

None of the kids seemed fazed; the castle was soon up again and the party continued, barely missing a beat.