Spouses club at Yongsan Garrison out to double membership 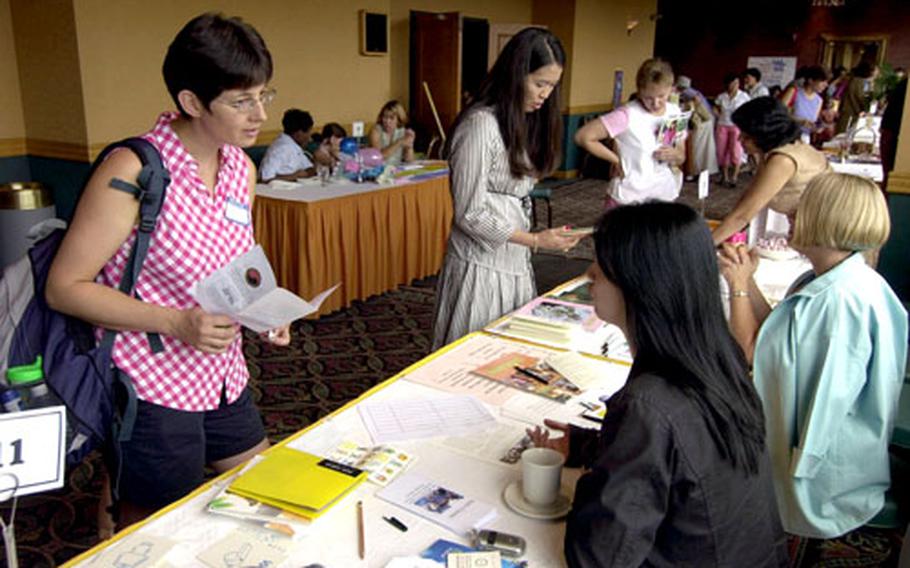 Club president Terri Hendrick said the drive helps replenish the nonprofit organization&#8217;s ranks after the summer moving season, when military families rotate on and off the peninsula.

She said she hoped to add about 200 people, pushing the club to about 350 members. The organization is open to anyone 16 or older in the military community, including officers and enlisted, family members and civilian employees.

The club holds monthly luncheons, special events and runs the Chosun Gift Shop, where it raises its money. The goal, Hendrick said, is to feed that money back into the base and Korean communities.

As part of the drive, the club invited various organizations from across the garrison to set up tables to introduce themselves to the visitors. More than 50 organizations were on hand to give out literature, sign up new members and volunteers and to explain their role in the community.

Lynee Vincenzo, who was working her way through the tables, said she decided to join the spouses&#8217; club.

She figures it will help her &#8220;keep in the loop with things going on&#8221; and provide her an opportunity to get to know some people.

Visit www.afsckorea.org for more information on the club.