Sports: Women’s rugby is a hit 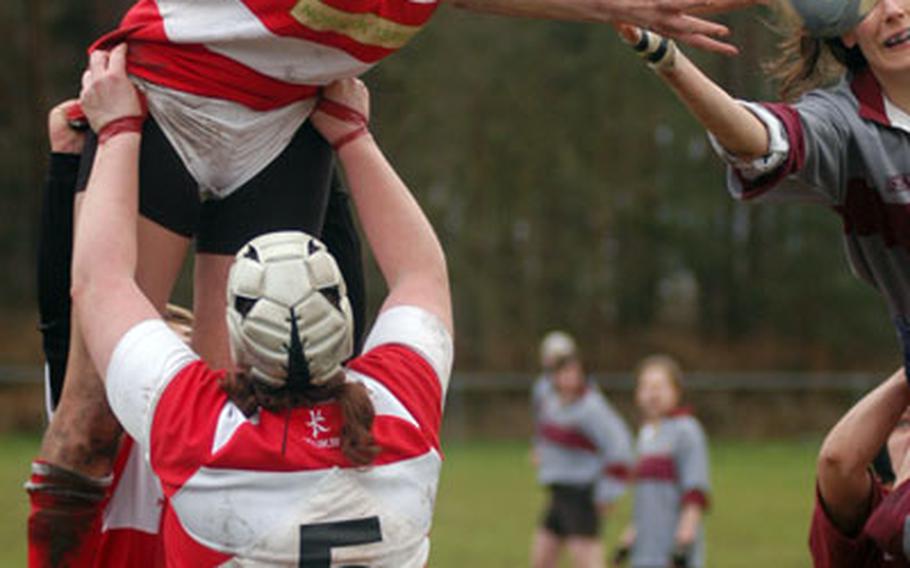 Thetford Ladies Rugby Club members Haley Salazar, left, in headband, and Michelle Wrisley, center, yellow mouthguard, struggle through a maul as a West Norfolk player sneaks out the side with the ball during a match last week. (Ben Murray / S&S) 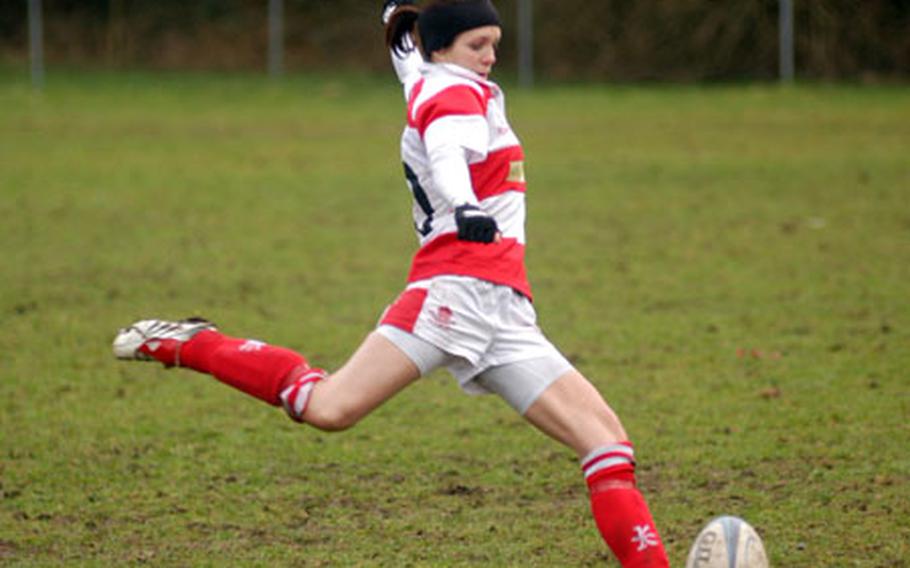 THETFORD &#8212; According to the ladies who play it, there are a lot of surprising aspects about women&#8217;s rugby that people generally don&#8217;t know.

For instance, that it exists.

But look in the right places and fans of the sport will find that women&#8217;s rugby is alive and well in the region around the major Air Forces bases in the United Kingdom, with participation by American women growing in some areas.

Wrisley, for instance, is one of a core of five American players &#8212; two of whom are active-duty airmen &#8212; on the nearby Thetford Ladies Rugby Club. They are at the center of an increasingly successful program.

Since the season started in September, the team has transformed from a small, loose group to a team with a better than .500 record, said Jennifer Abrego, another American and a former captain who is on the injured list this season.

Abrego has had a crucial role in the increased popularity of the Thetford team among American women. As a bartender at the Lakenheath Liberty Club, she has a lot of opportunity for informal recruitment, and some of it has paid off, she said.

But it can be hard to attract women to a sport laden with so many stereotypes, players said.

That question isn&#8217;t out of line, players admit. Rugby is an intrinsically rough sport that centers on open-field tackles and physical contact. But the image of women&#8217;s community rugby often suffers because of the popular view of men&#8217;s rugby &#8212; a hard-hitting and high-speed game where &#8220;blood injuries&#8221; are common.

Its rough reputation can be an obstacle for women thinking of trying the sport, but both Abrego and Wrisley said they fell in love with rugby the first time they took the field. They say that&#8217;s the only way to know if a woman will like it.

One player who did just that is newcomer Haley Salazar, who moved to the U.K. in October and joined the team.

Salazar said she knew of rugby&#8217;s physical reputation, but wasn&#8217;t daunted because, as a boxer and cage fighter, she enjoys those types of sports.

She took quickly to rugby, she said, and has made a group of close friends from the team.

A traditional part of rugby, the social aspect is a large piece of the overall experience, players said, with regular weekend events and post-game dinners with opposing teams.

But Salazar also said that injuries on the rugby pitch are a very real danger, though with training and diligence the risk can be mitigated.

Regardless, players unanimously agreed that the roughness is part of what they like about it. Finishing a game muddy and sore is satisfying, in a way.

Asked if she were coming back after her season-ending ankle injury, Abrego was unwavering.