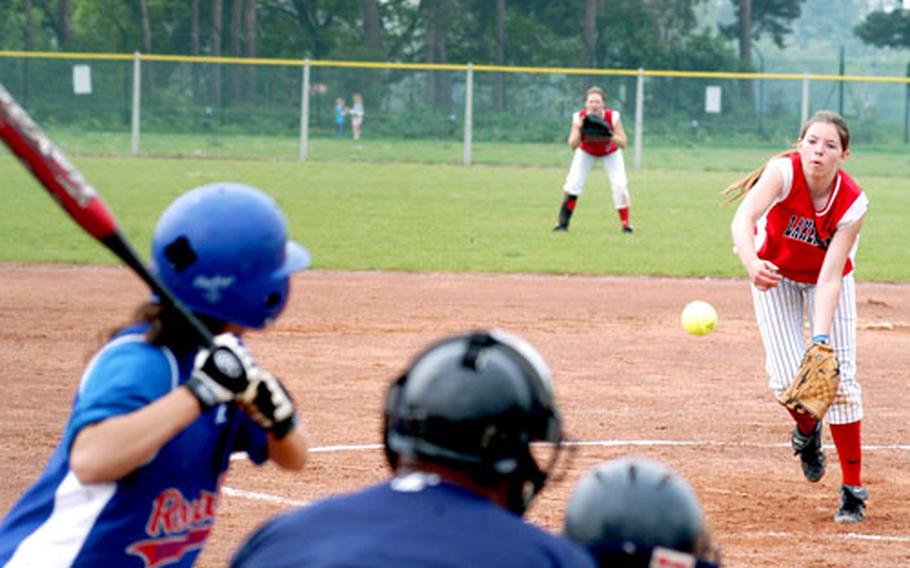 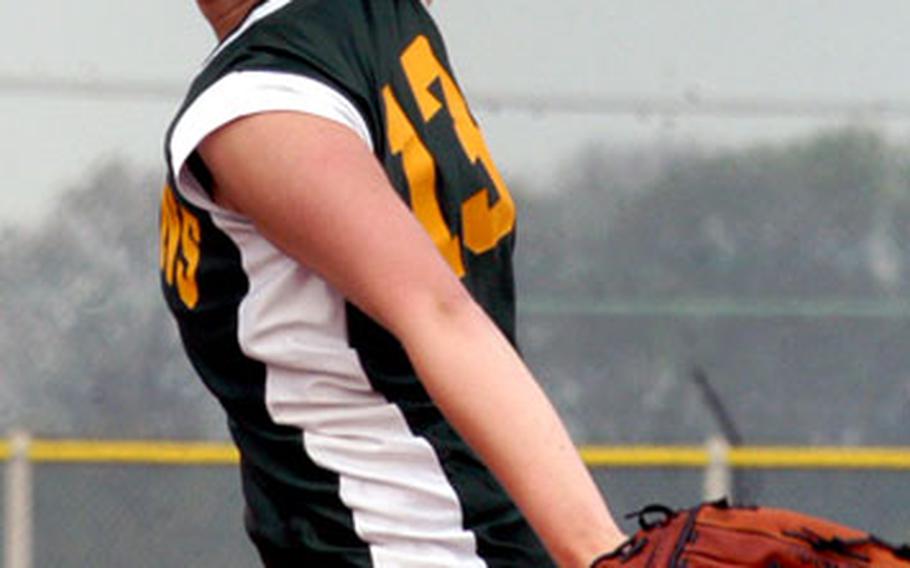 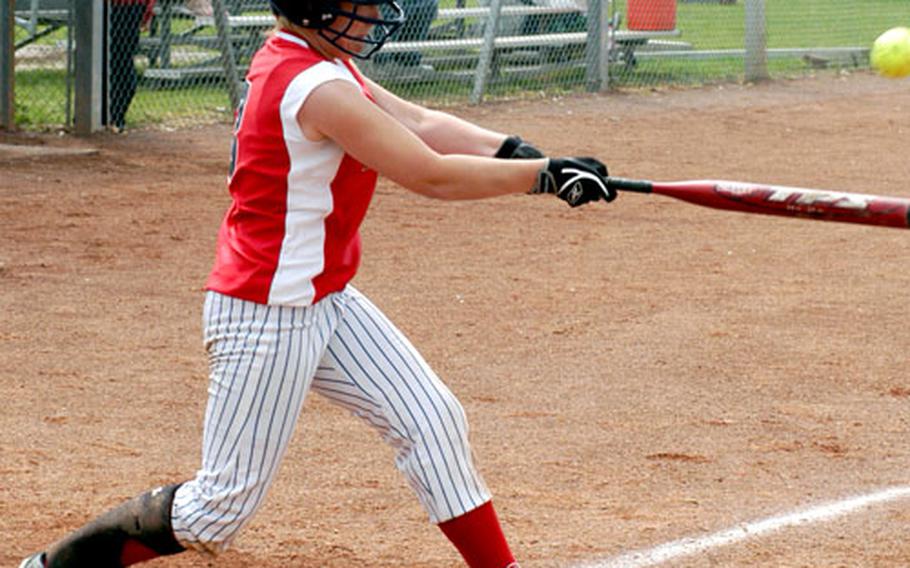 RAF LAKENHEATH &#8212; The Lakenheath Lady Lancers softball team didn&#8217;t let first-place Ramstein Lady Royals get in their way as they swept them in a doubleheader on Saturday to secure the Division I regular-season title.

For her last home games of the season, Lakenheath senior Brynn Lipor controlled the pitching mound and shut down the Ramstein batters in 12-4 and 9-2 victories. She added a total of four hits in both games as well.

&#8220;She did an outstanding job on the day,&#8221; Lakenheath softball coach John Gilmore said.

Gilmore said that his team was missing key players, including Lipor, during the game in Heidelberg because of the S.A.T. test. He is looking for a little revenge and hopefully a championship in the European Division I tournament, which runs today through Saturday at Ramstein.

On Thursday, the top-seeded Lakenheath Lady Lancers will face W&#252;rzburg, who finished 1-11 overall in the regular season.

Alconbury senior Megan Archer had seven strikeouts in the victory, while Baumholder junior Grecia Gonzalez had six. With the win, Alconbury moved up to a 4-4 record. Baumholder dropped to 8-5.