Sports Welcome to the yard lines 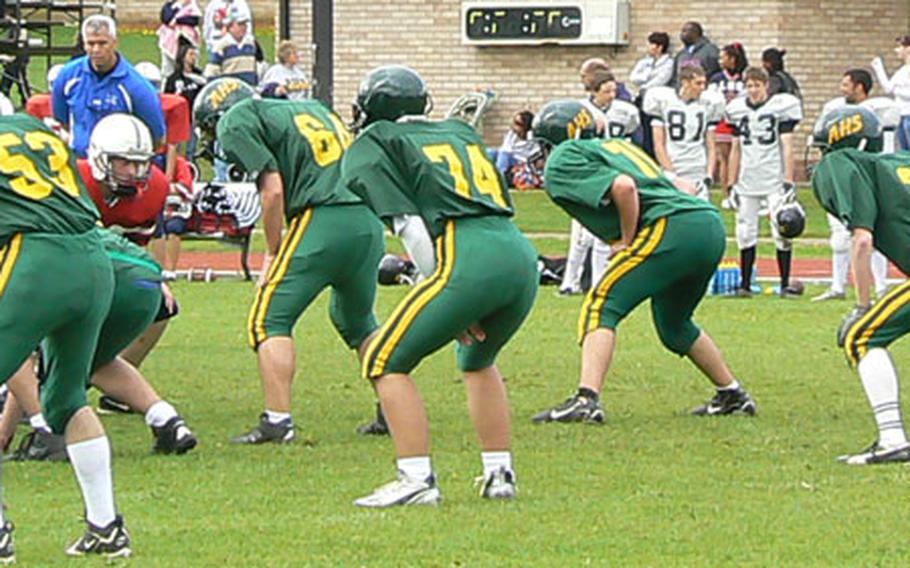 Danika Wilson, No. 74, with arms crossed at left, takes to the field for the first time at the U.K. high football jamboree at RAF Lakenheath earlier this month. (Photos by Charlie Reed/S&S)

Danika Wilson, No. 74, with arms crossed at left, takes to the field for the first time at the U.K. high football jamboree at RAF Lakenheath earlier this month. (Photos by Charlie Reed/S&S) 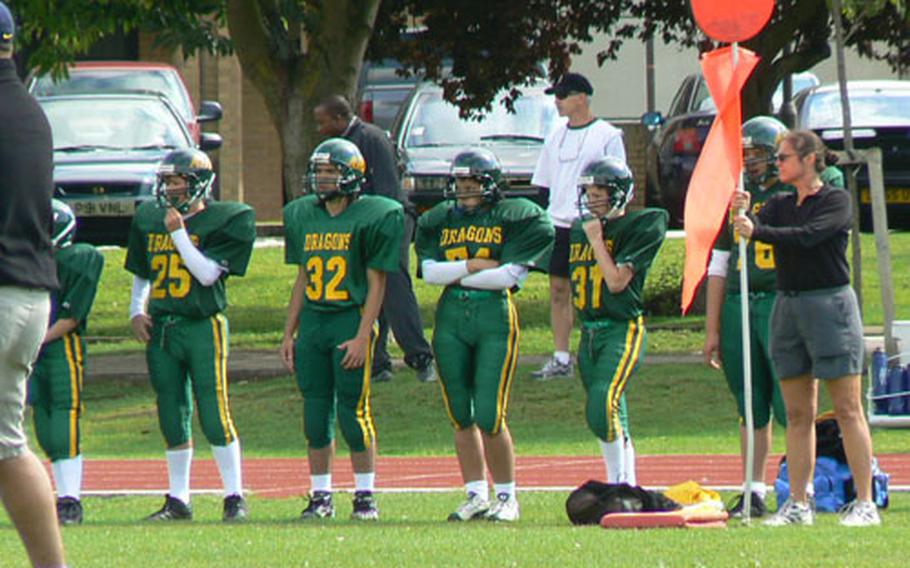 After years of watching her football player dad on the field, Danika Wilson was finally inspired to take up the sport.

Following in their fathers&#8217; footsteps drives many high school football players, and Wilson is no exception. And so on the first day of school, the 17-year-old Alconbury High junior signed up and made the cut.

"I wanted to try something different and it&#8217;s definitely different. But it&#8217;s a whole lot of fun," said Wilson, a second-string offensive guard.

The biggest challenge, she said, is not being the only girl on the team but being new to the game. She has seen her father play with the Bedfordshire Blue Raiders &#8212; a British American Football League team based near RAF Alconbury &#8212; countless times, but Wilson never took to the field herself until the first practice of the season in August.

"My dad was gung-ho about it. He said he just wished I&#8217;d told him sooner so he could get me in better shape," Wilson said.

Armed with words of encouragement and advice from her parents and coaches about playing a male-dominated sport, Wilson was prepared for potential hassle from her teammates. But so far, she has no complaints.

"I&#8217;ve got some bumps and bruises," Wilson said, after her first taste of action at the U.K. high school football jamboree at Lakenheath High earlier this month.

Wilson may be the only female player at Alconbury this year, but she far from the school&#8217;s first. In fact, female football players are more common in DODDS schools than stateside schools, athletic officials said.

And coupled with Title IX &#8212; a 1972 statute that mandates publicly funded schools must allow girls on sports teams that do not offer an equivalent sports team for them &#8212; football has become more accessible to female players.

While girls are not going out for football in droves, there has been an increasing interest in the past few years, Seadore said.

At the end of the day, said Alconbury head coach Duke Eidt, Wilson is just another member of the Alconbury Dragons.

"Having a female player may seem like a novelty, but it&#8217;s really become sort of the norm," said Eidt, a former coach at London Central who has coached female football players. "Danika is a great player. She comes out, does her job, and I expect, will get some more playing time this season."