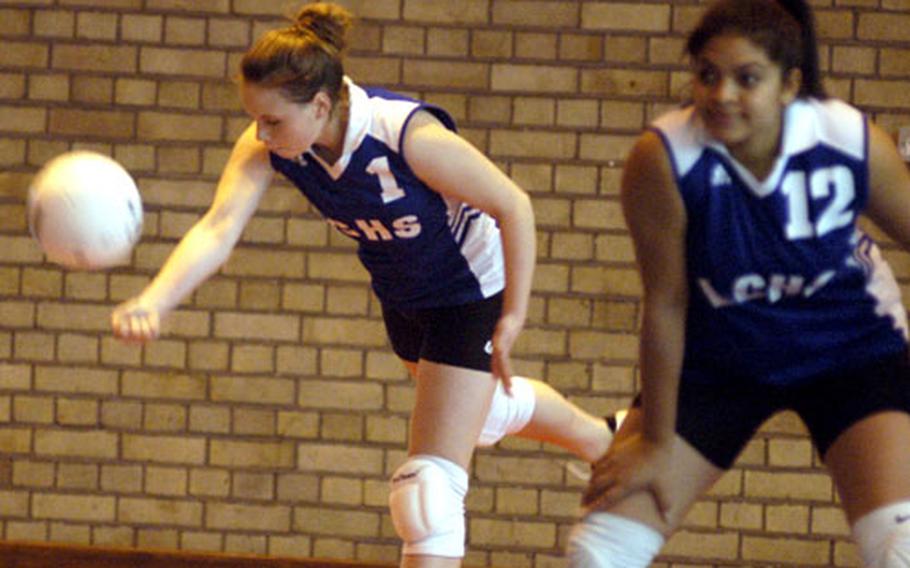 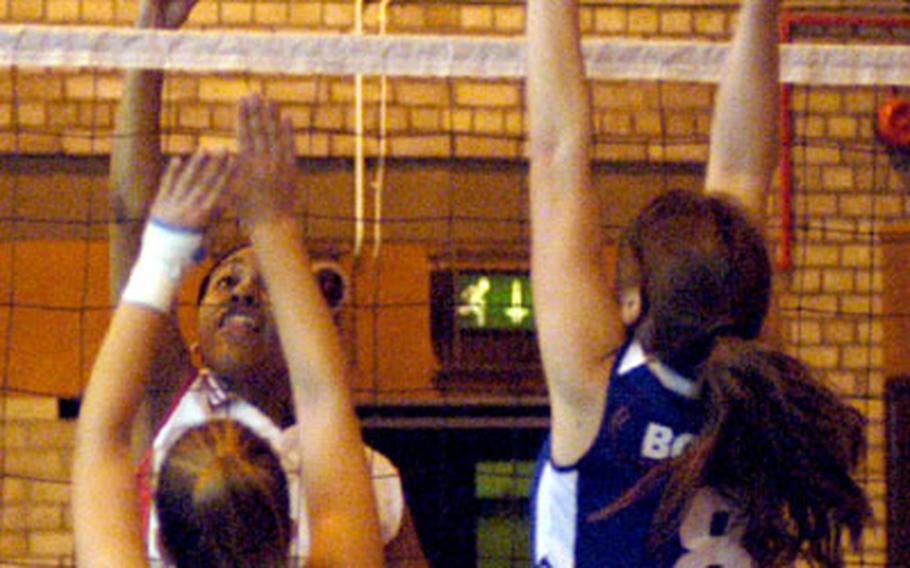 As the last volleys were made and the points added up in the season&#8217;s final volleyball games at RAF Lakenheath on Saturday, coaches from the four U.K. high schools turned their focus to the start of Thursday&#8217;s European championships at sites in the Kaiserslautern, Germany, area.

Lakenheath hosted London Central, Alconbury and Menwith Hill on a day in which each school played two games.

The Lancers lost to London Central in five sets, but beat Alconbury in four to finish 9-6, including 3-3 in Division I matches.

Mike Hogen, in his first year as head coach, said he was impressed with the performance of his team, which he said improved every week and lost &#8220;to the three top teams&#8221; in conference play.

Hogen has high hopes for Lakenheath in the championships. Two keys will be serving and a healthy Ashley Mansfield, who nursed an injury Saturday.

Division III London Central won both of its back-to-back matches Saturday in what coach Susan Payne called a good wind-up to a 7-3 season.

Alconbury, which will play in Division IV, also should be tough to beat, head coach Emily Dreiling said after defeating Menwith Hill in its first match Saturday.

And if Division IV Menwith Hill proved something this season despite a 2-9 record, coach Fred Hicks said, it&#8217;s that the players have started to work together.