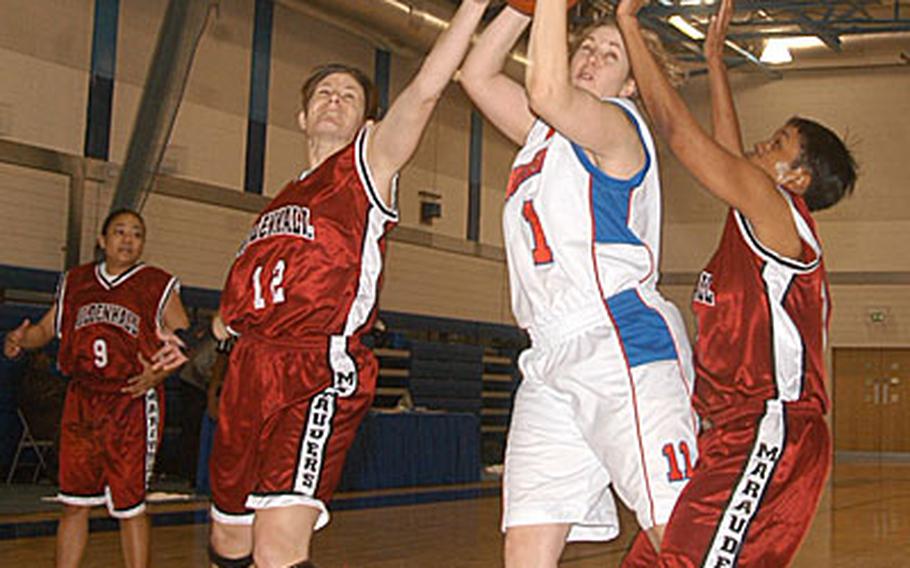 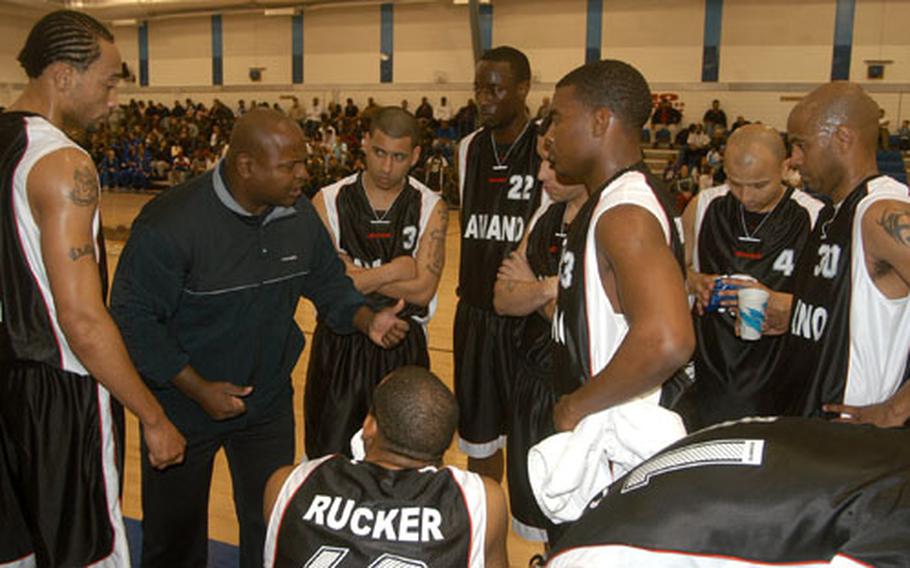 Aviano coach Ricky Lucas (left) motivates his players during the closing minutes of the championship game against Lakenheath. The Aviano Dragons went on to beat the Lakenheath Eagles 78-74 in overtime to capture the men&#39;s title. (Sean Kimmons / S&S) 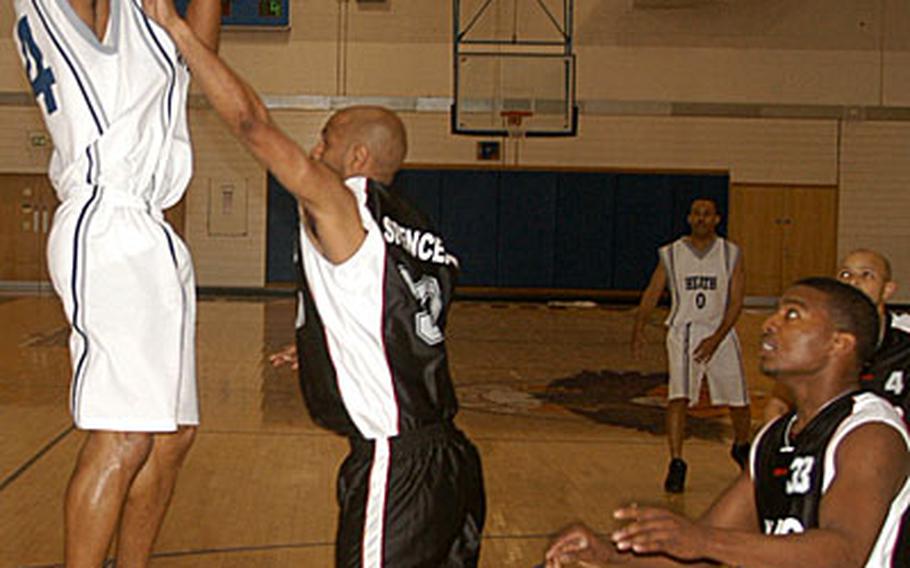 RAF LAKENHEATH &#8212; With just six seconds left in the men&#8217;s championship game, Lakenheath&#8217;s James Byers hit a jumper to put his team up two points and sparked a roar from the crowd watching their home team seemingly about to win the title.

However, James Taylor of Aviano, Italy, had different plans. The guard nicknamed &#8220;The Racer&#8221; took a pass from a teammate and sprinted half the court to make an easy layup and force overtime in the final game of the U.S. Air Forces in Europe Large Units Basketball tournament Friday.

The Aviano Dragons went on to diminish any hopes for a hometeam champ by beating the Lakenheath Eagles, 78-74.

The speedy guard led Aviano with 24 points, many coming from fast breaks and tough layups. Kirk Sheppard had 12 points and Chris Moed pitched in another 11 points for Aviano.

The Ramstein (Germany) Lady Rams faced the Mildenhall Lady Marauders in the preceding game to determine the women&#8217;s champion of the tourney.

Already undefeated in the tourney, the Lady Rams breezed past the Lady Marauders, 74-38, to capture the USAFE title for the second consecutive time.

The Lady Rams&#8217; Cheryl Burney and Ashonda Williams were a scoring duo with 19 and 18 points, respectively, in the overmatched contest. Perhaps the best trait of the Lady Rams team was its defense, which held the Lady Marauders to only nine points in the first half.

Lakenheath, a No. 4 seed in the tourney, had to get past the No. 1 seed Mildenhall Marauders on Thursday to make it to the championship.

With 2 minutes and 30 seconds left in that game, the defending champion Marauders squad was forced to play with a three-member lineup after three players fouled out and one got injured. The Eagles took advantage of the limited squad and won 61-56.

In spite of the situation, Eagles coach Robert Sedberry still believed his team deserved to vie for the title.

&#8220;My players have been deployed. We haven&#8217;t had our whole team together all year long. It took us a few games into the tournament to gel, but we belong in the championship game,&#8221; he said.

Ricky Lucas, coach of the No. 2 seed Dragons team, said he was impressed with the Eagles&#8217; performance following its matchup that went back and forth.

The top two teams in the tourney will go on to play in an Army and Air Force final four tourney March 29 to April 1 in Wiesbaden, Germany.