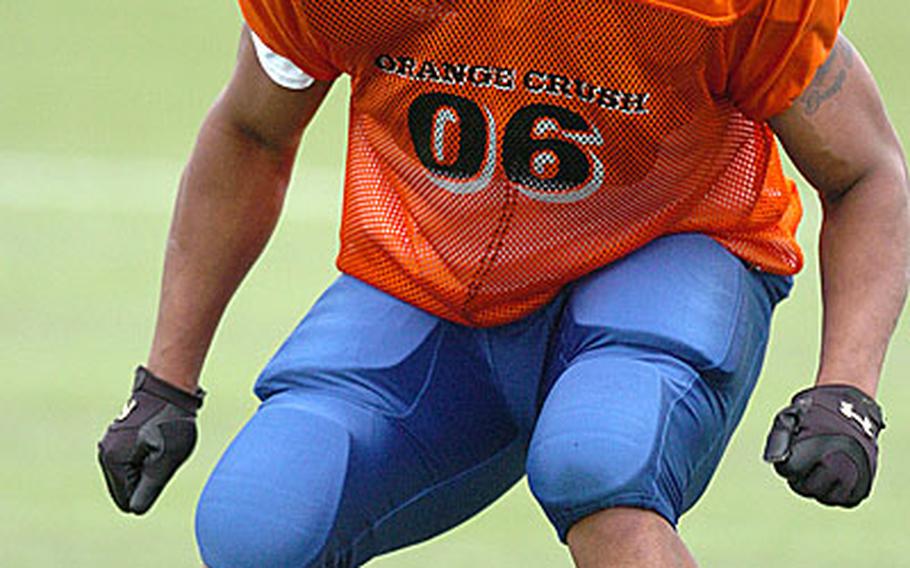 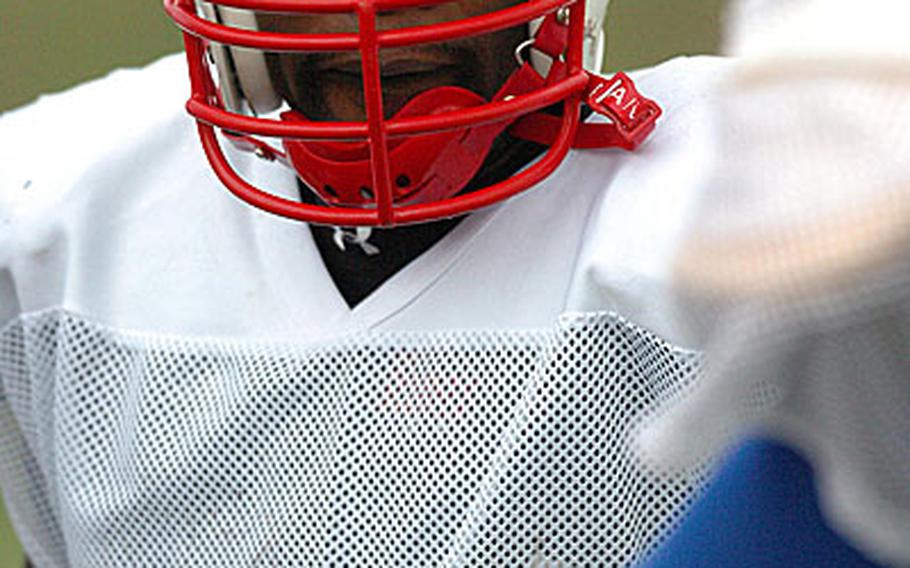 RAF MILDENHALL &#8212; When it comes to football in England, American airmen often find themselves a little behind the ball.

But when the sport is American football played on English soil, the tables are turned, and an American behind the ball is often part of a scoring drive.

At RAF Croughton, a number of U.S. airmen and others in the military community have found success on the gridiron by signing up with area football teams and landing starting spots, and few have done better than Airman 1st Class David Phillips from the 422nd Communications Squadron and Eric Watts, a military spouse whose wife is assigned to the base.

The two U.S. players, each with an impressive pedigree in competitive stateside football, are about to start their first season in the top league of the British American Football League, the first Croughton members to do so in recent memory.

In December, the pair joined the Coventry Cassidy Jets, a team in Britain&#8217;s Premier football league &#8212; the highest in a three-league system &#8212; and the only squad from the United Kingdom this year to play on the European circuit, according to Jets general manager Peter Evans.

The Jets, in fact, haven&#8217;t lost a game in three seasons. And though 2007 is their first in the Premier league, Evans said they&#8217;ll be a contender for the BritBowl, BAFL&#8217;s version of the Super Bowl, at the end of the season in September.

On the field, Watts and Phillips share similar positions, manning cornerback, safety and receiving slots, though they come from different eras of the game.

Watts, 32, once had a tryout with the Redskins, while the younger Phillips, 21, was an all-state player in Ohio before he joined the Air Force.

The two Jets aren&#8217;t the only Americans at Croughton on football rosters, however. Seven airmen and another Croughton spouse all play for the Oxford Saints, a nearby team that, after two division titles in as many years got bumped up to Division 1 this season, the middle tier of the British American Football League.

In the BAFL, games follow American college rules in a season that runs from May to September.

Players said the game isn&#8217;t on the same level as high-end football in the U.S. &#8212; Division 2, the lowest, would equate to the level of a skilled high school team, players said &#8212; and the play has a slightly different flavor.

Many English team members are former rugby players who have decided to don the pads, which gives them a tendency to tackle with their arms and shy away from the full-speed, shoulders-down hitting that the American sport is known for.

At the Premier level, however, Watts said the competition level is much higher, with many former European Football League players (and plenty of Americans) lining up on the ball.

Players said they get a lot of support from the local community, and though American football is vastly overshadowed by the native version, many English spectators are won over as soon as they see a big hit and hear the crack of pads, Watts said.