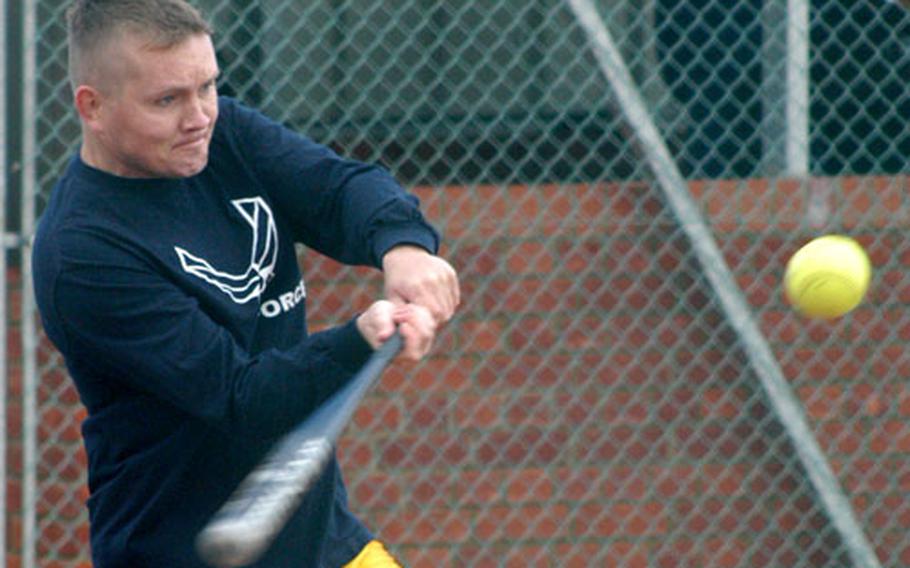 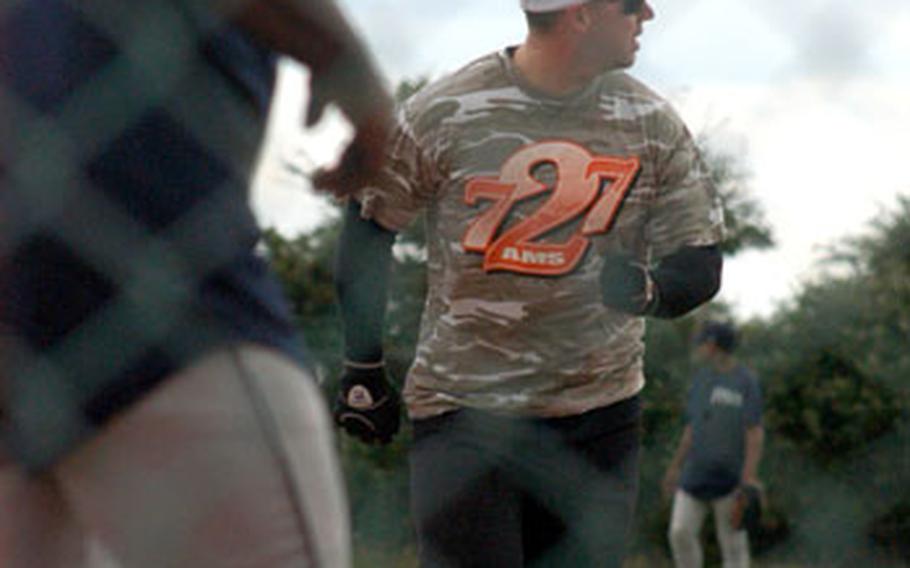 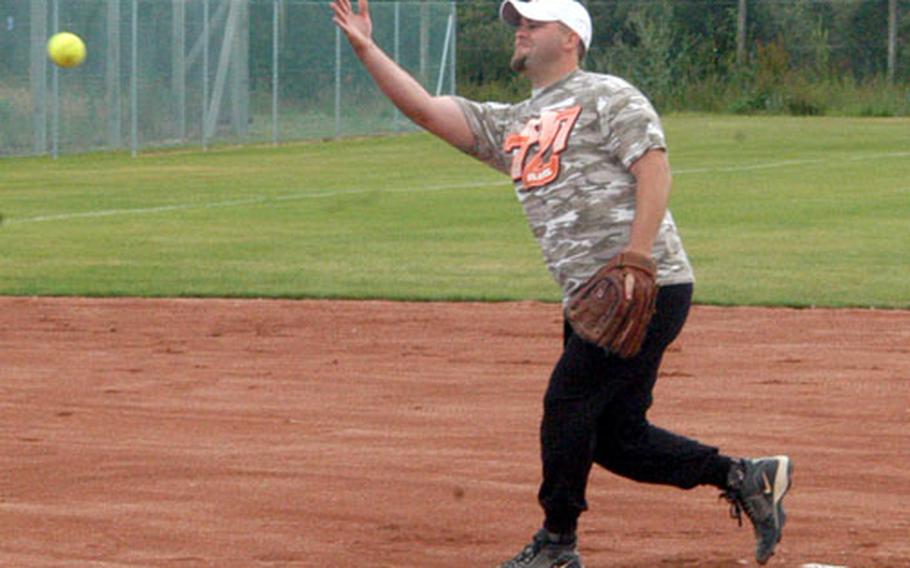 RAF MILDENHALL &#8212; Summertime, and as the band Sublime once put it, the living&#8217;s easy. That is, unless you&#8217;re arriving or leaving along with the scores of airmen and family members that pull up roots annually from June to August.

But still, man, it&#8217;s summer! Bet you almost couldn&#8217;t tell with this cold, gray and rainy weather. Regardless, these vital months signify many things. For many Americans, it means softball. Sweet softball. A game where prowess doesn&#8217;t matter, but having fun does. The promise of beer at the end helps, too.

"Many millions of children dream of one day becoming a pro baseball player, and some make it," said Brett Hennagir, an Air Force husband, Galaxy Club bartender and pitcher for Mildenhall&#8217;s 727th Aircraft Maintenance Squadron team. "The rest of us play softball."

Is there any other summertime sport that is more quintessentially American? You could put 20 American guys anywhere on the planet, and if the calendar said July, somebody would set up a game.

But here in England, that determination to play gets tested by the elements.

Still, the various unit teams at Mildenhall didn&#8217;t seem to care much last week as they played the first games on a new field.

For the past few years, games have been played on Lakenheath&#8217;s field, Hennagir said.

The Mildenhall league involves about 15 teams, with each squad playing twice a week before the playoffs and championship later this summer.

The games are usually leisurely, Hennagir said, but some diehards do exist.

"You got your guys, that&#8217;s all they talk about for eight months of the year until they can play for four months," he said.

Tech Sgt. Josh Lansberry of the 100th Security Forces Squadron got here earlier this year, and said no games have been affected by the weather. Yet. And would that even matter?

"I am a softball fanatic," he said simply.

In the end, that pure love of the game gets guys out there on these windy, rainy July evenings.

"You just do the best you can," said Senior Airman Keith Garrie of the 100th SFS. "It&#8217;s just that desire to play the American game."