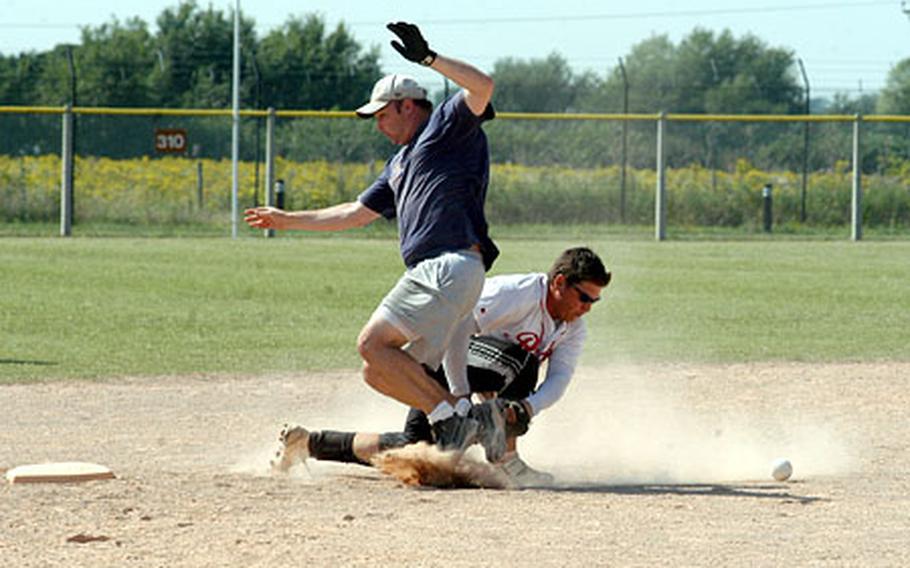 Umpire Cedric McLendon calls a strike during the championship game between the H20 and Pioneers teams. (Sean Kimmons / S&S) 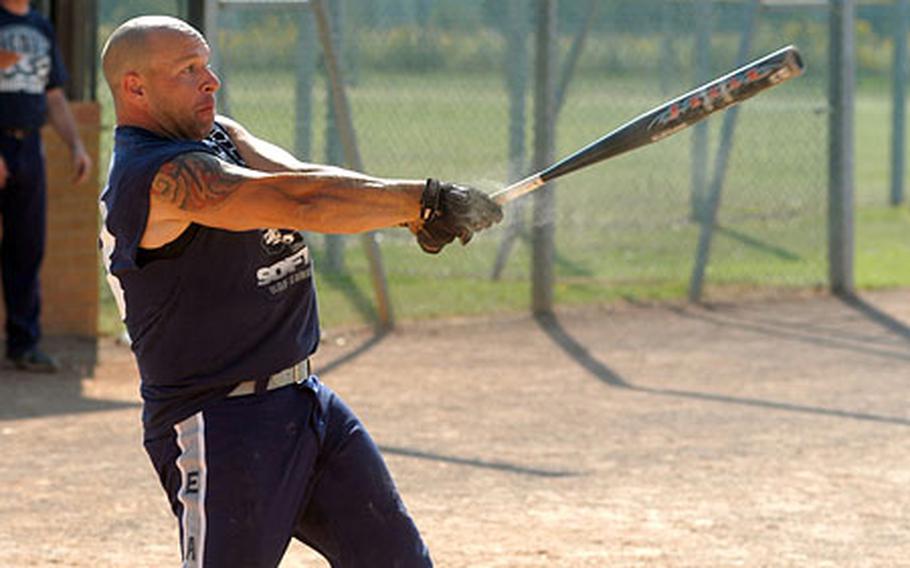 Lakenheath shortstop Jason Gagnon beams a line drive into the infield during the final game of the "Plate" competition, a set of consolation games between teams who did not qualify for the playoffs in the first David Allen Memorial Co-Ed Classic softball tournament at RAF Lakenheath. (Sean Kimmons / S&S) 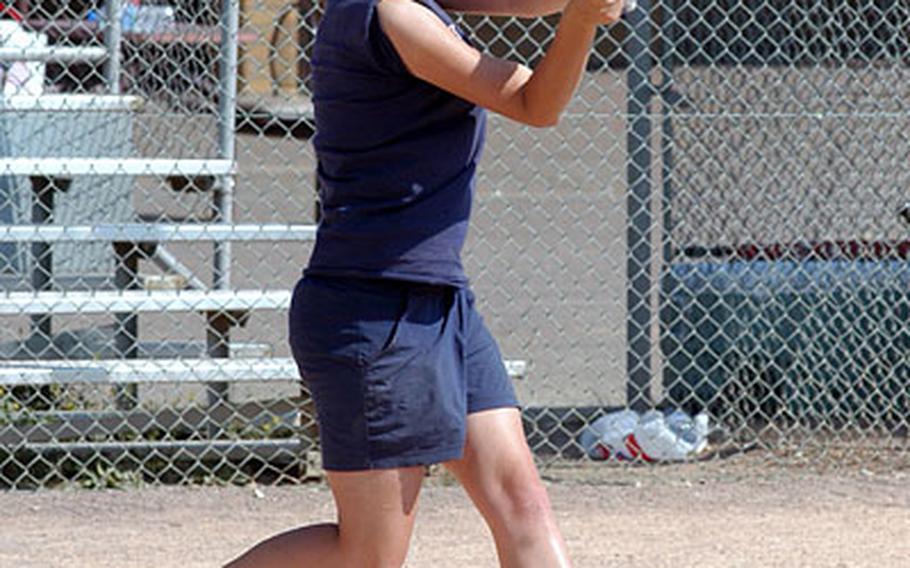 Softball may be considered an American sport, but teams from the British Softball Federation owned the game in a recent coed tournament.

The base opened its gates to six British teams who went on to deny three U.S. military teams any large trophies in the David Allen Classic softball tournament sponsored by the Olympus Officials Association.

The association also held a basketball tourney last winter as a tribute to the late David Allen, a retired 48th Fighter Wing master sergeant and longtime sports official recently inducted into the federation&#8217;s Hall of Fame.

A British semi-pro team from King&#8217;s Lynn made sure that no U.S. team took the crown in that tournament, too, which was also held at Lakenheath.

&#8220;It seems like the Brits take advantage of our hospitality,&#8221; umpire Cedric McLendon said jokingly before the championship game between two British sides &#8212; H20 and Pioneers &#8212; on Sunday.

&#8220;They have some decent ballplayers,&#8221; Hirvela said about the British squads, adding that the competition was good prep for the U.S. Air Forces in Europe championships later this month at Aviano Air Base, Italy.

Just like many other British players, H20 leftfielder Brian Connelly seized the opportunity to play on Lakenheath&#8217;s softball fields. He even camped out in a tent nearby during the tournament.

&#8220;These are real diamonds. We usually play on football fields,&#8221; he said about his London-based team.

Dan Spinks, pitcher from the Canterbury-based Pioneers, felt the same and said that the tourney wasn&#8217;t all about capturing a trophy.

That view seemed to be shared throughout the event. Its atmosphere was much more relaxed than competitive. Music blared out from the dugouts, players worked on their tans in between games while others huddled around coolers of beer.

Proceeds from the tournament went toward a college scholarship fund for Allen&#8217;s daughter, Frankie.