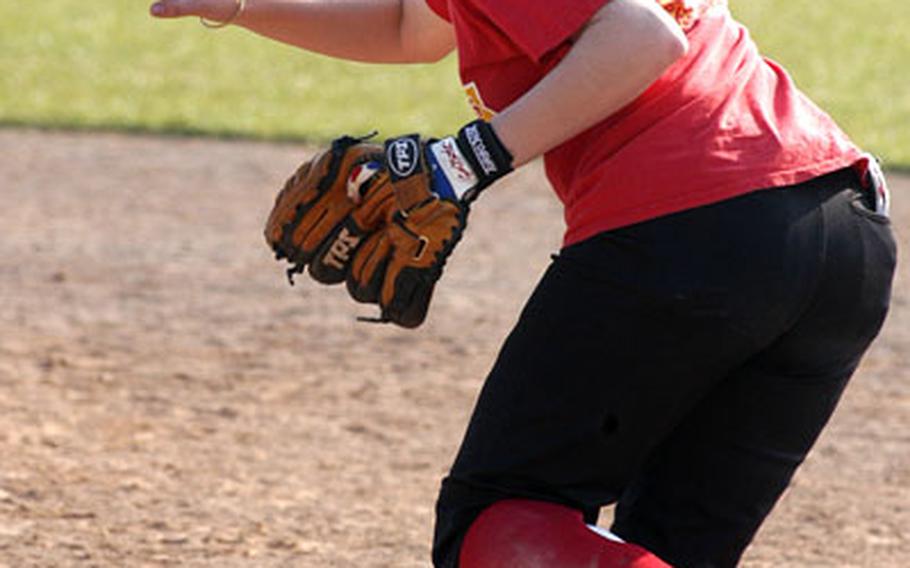 Maggie Pforts runs for third base in a recent practice at the Lakenheath High School softball field. (Ben Murray / S&S) 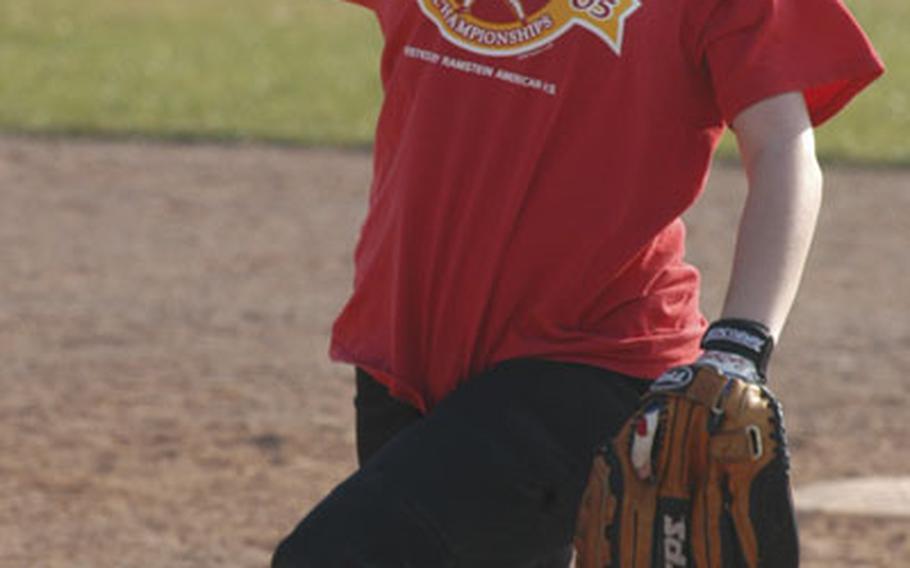 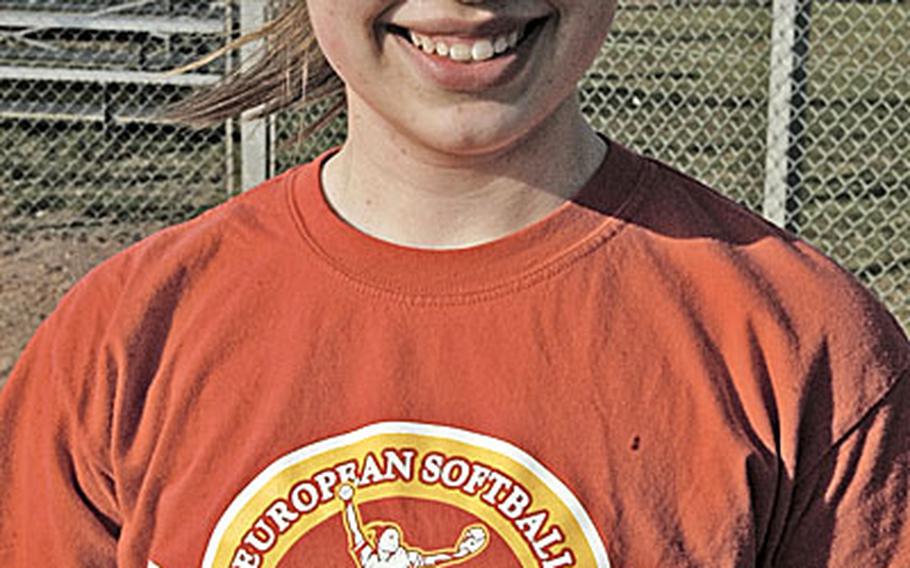 The 18-year-old second baseman is aggressive on the bases and quick to react to sizzling grounders when defending her plot of dirt in the infield.

Pforts&#8217; teammates use the matriarchal term to tease her about her elder status as the only returning senior on the Lakenheath varsity softball squad. She is set to help lead the team on a campaign that coaches and players hope will result in a successful assault on the European championships this spring.

Confident and well-spoken, Pforts has much experience on a perennially powerful team that has seen a drop in the average age of its players this season, with freshmen and sophomores outnumbering the upperclassmen.

Coach John Gilmore said he is looking to Pforts for leadership, and teammates say that when she talks or gives advice, they listen.

An Air Force brat, Pforts has been playing &#8220;forever,&#8221; she said, starting in children&#8217;s leagues in the fourth or fifth grade, and almost always has stuck to the infield.

Gilmore says Pforts is a versatile player, as she displayed in the Lady Lancers&#8217; friendly opening games against Alconbury two weeks ago, when she filled in at catcher.

Versatility is likely a quality she started building in middle school, when she was playing softball three seasons a year at Offutt Air Force Base in Nebraska, before coming to Lakenheath.

But that doesn&#8217;t mean there isn&#8217;t room for improvement. Pforts and Gilmore said the senior&#8217;s hitting could use some work, especially in a year in which the coach said the team may have to lean on its offense to win early games.

Lakenheath plays under a heavy burden of expectation. Since the Department of Defense Dependents Schools added fast-pitch softball to its program, the Lady Lancers have won three of eight European titles (Ramstein in Germany has the other five) and several runner-up and third-place honors, Gilmore said.

For Pforts, it&#8217;s a last shot at a title before she heads off to the University of Iowa to study business. There, she hopes to keep playing intramural softball or possibly get into coaching, though she isn&#8217;t likely to try to play for the university, she said.

In the meantime, she has a high school team to help lead, which players said she does with aplomb.