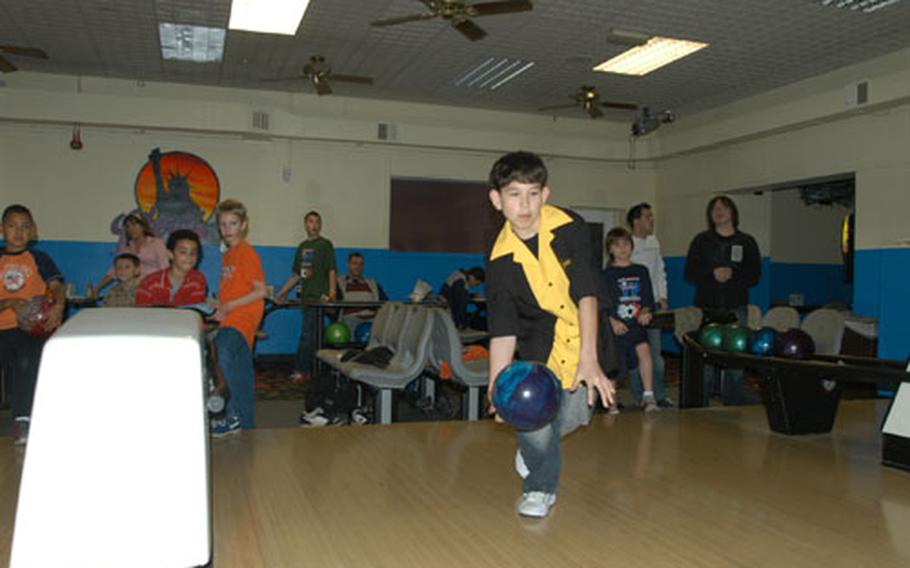 The 12-year-old Lakenheath Middle School seventh- grader carries an average in the 160s and last summer rung up a score of 245, which included eight strikes.

During a recent Saturday morning practice round with the youth league, he notched a 210 without breaking stride.

Last year, Ryan turned his bowling prowess into money for college with a fourth-place finish at the European Pepsi USBC Youth Championships. Now, he&#8217;s bowling to qualify for a chance at the 2007 title.

His mother says bowling has always been a family affair. Her four sons have been playing alongside her and her husband since they were each 3 years old. This past summer, they competed in an adult/youth league.

Ryan, whose father, Tom, is a master sergeant with the 100th Security Forces Squadron, said his goal is to bowl professionally.

His mother believes he has the talent and commitment to compete professionally, but not at the expense of a traditional education.